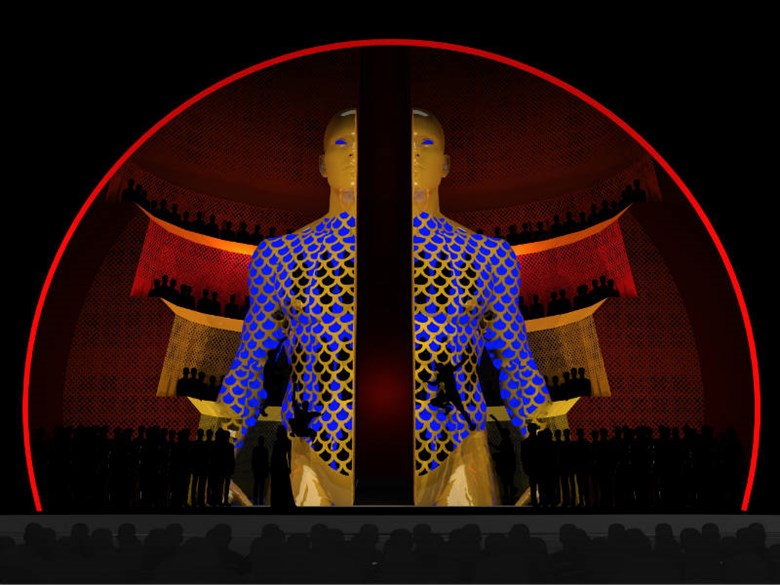 
The source of this popular opera is a single chapter in the biblical Book of Judges, and the brevity of the tale did nothing to prevent it from becoming one of the world’s great stories of love (or at least passion) as well as the archetypal depiction of a man betrayed by an immoral woman. Despite tepid success early on, Samson et Dalila eventually conquered the operatic world and has proven itself a magnificent theater experience.

The opera, like the biblical tale, takes place in the city of Gaza, a capital of ancient Philistia, and in the Valley of Sorek, in the foothill country toward Jerusalem. The time is around 1150 BCE.

Darko Tresnjak, who won a Tony Award for Best Direction of a Musical in 2014 for A Gentleman’s Guide to Love & Murder, makes his Met debut directing a vivid, seductive staging, featuring a monumental setting for the last-act Temple of Dagon, where the hero crushes his Philistine enemies. Sir Mark Elder conducts the first new Met production of the work in 20 years.


Click for more information about "Samson et Dalila" in the "LINKS" area.
﻿ Older