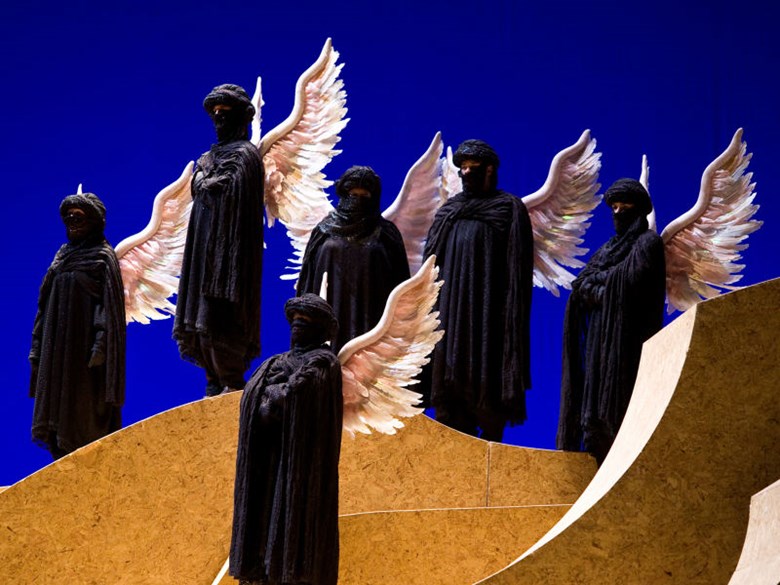 The story of this incendiary and powerful opera is derived from a brief biblical account: a young princess of Judea dances for her stepfather Herod and chooses as her reward the head of the prophet John the Baptist.

Oscar Wilde (1854–1900), the Irish novelist, poet, and playwright, was one of the defining characters of the Victorian era. Strauss used a German translation of Wilde’s play by author and poet Hedwig Lachmann (1865–1918).

The action takes place outside the palace of King Herod Antipas, tetrarch of Galilee, in the early first century AD. The present production places the scene in a non-specific contemporary setting.