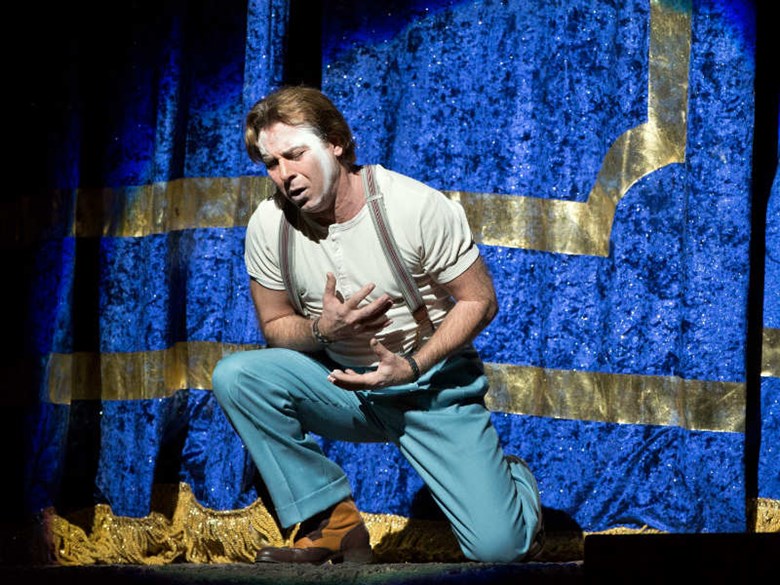 Roberto Alagna takes on the leading tenor roles in both parts of opera’s most popular double bill.

Two tales of passion, jealousy, and death set in southern Italy, Cav/Pag have been all but inseparable on the opera stages of the world since the Met first presented them as a double bill in 1893. The overwhelming success of Cavalleria was crucial in launching the verismo movement, inspiring other composers (including Leoncavallo) to turn to stories and characters from real life, and often from society’s grungier elements.

The setting of Cavalleria Rusticana in a Sicilian village is not merely picturesque. The village is, in a sense, a character in the opera - a crude place, untouched by modernity, close to nature’s cycles of life and death and the primitive human rituals associated with them. Pagliacci is originally set in Calabria, the Italian mainland region closest to Sicily. In the Met’s production, the action takes place in the same village across two generations, with Cavalleria set in 1900 and Pagliacci set in 1949.

Pagliacci is most noted for its Act I climax, the tenor aria “Vesti la giubba,” one of the world’s most familiar melodies. It was, in Caruso’s rendition, the recording industry’s first million-seller.