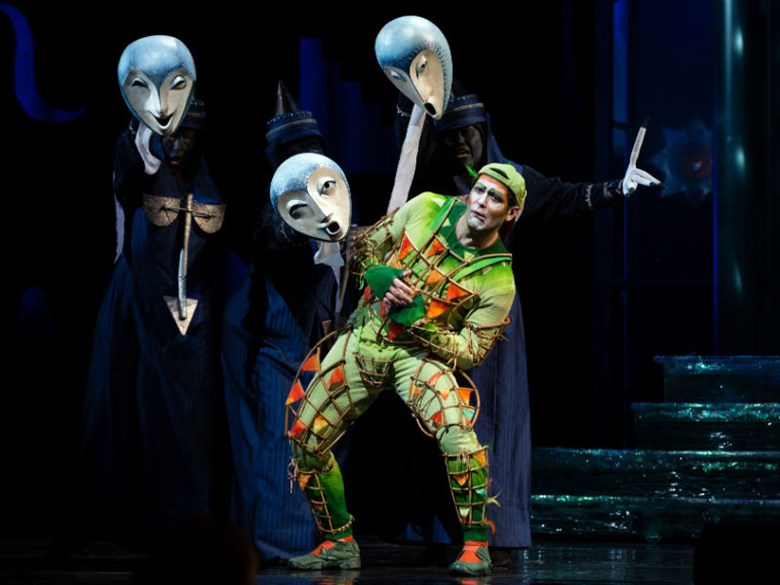 A sublime fairy tale that moves freely between earthy comedy and noble mysticism, The Magic Flute (Die Zauberflöte in the original German) was written for a theater located just outside Vienna with the clear intention of appealing to audiences from all walks of life. The story is told in a singspiel (“song-play”) format characterized by separate musical numbers connected by dialogue and stage activity, an excellent structure for navigating the opera's diverse moods, ranging from solemn to lighthearted.

Soprano Erin Morley is the empowered Pamina, and tenor Ben Bliss is the valiant Tamino. Baritone Nathan Gunn is the comic birdcatcher Papageno, and soprano Kathryn Lewek reprises her hair-raising rendition of the malevolent Queen of the Night.

QUEEN OF THE NIGHT: Kathryn Lewek


Click for more information about "The Magic Flute" in the "LINKS" area.
﻿ Older