IQ2: The President Has Constitutional Power To Target And Kill US Citizens Abroad 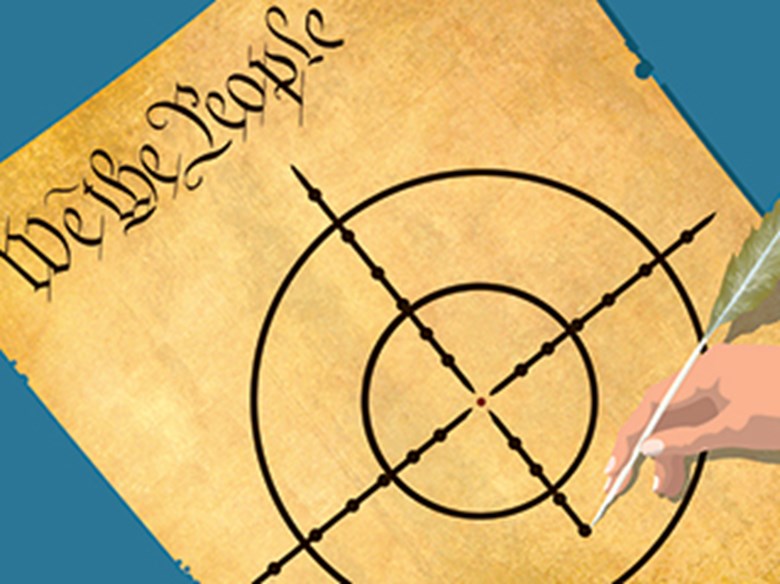 Does the president have constitutional authority under the due process clause to kill U.S. citizens abroad, or is it a violation of this clause to unilaterally decide to target and kill Americans?

Alan M. Dershowitz, the Felix Frankfurter Professor of Law at Harvard Law School, has been called “the nation’s most peripatetic civil liberties lawyer” and one of its “most distinguished defenders of individual rights.” He is a graduate of Brooklyn College and Yale Law School and joined the Harvard Law Faculty at age 25 after clerking for Judge David Bazelon and Justice Arthur Goldberg. He has published more than 1,000 articles in magazines, newspapers, journals and blogs such as The New York Times Magazine,The Washington Post, The Wall Street Journal, The Harvard Law Review, The Yale Law Journal andHuffington Post. Dershowitz is the author of numerous bestselling books, and his autobiography,Taking the Stand: My Life in the Law, was recently published by Crown.

Michael Lewis has written extensively on various aspects of the laws of war and the conflict between the U.S. and al Qaeda and has been cited by the Seventh, Ninth and Eleventh Circuit Courts of Appeals. He has testified before Congress on the legality of drone strikes in Pakistan and Yemen and on the civil liberties tradeoffs associated with trying some al Qaeda members or terrorist suspects before military commissions. Prior to earning his J.D. from Harvard Law School, cum laude, in 1998, he served in the U.S. Navy from 1987 to 1995 where he flew F-14’s from the aircraft carrier USS Independence. He graduated from the Navy’s Top Gun school in 1992.

Noah Feldman is the Bemis Professor of Law at Harvard University as well as a senior fellow of the Society of Fellows. A contributing writer for The New York Times Magazine and Bloomberg View, he has authored five books and, most recently, co-authored Constitutional Law, Eighteenth Edition (2013). He served as senior constitutional advisor to the Coalition Provisional Authority in Iraq, and advised members of the Iraqi Governing Council on the drafting of the Transitional Administrative Law or interim constitution. Previously, he served as a law clerk to Justice David H. Souter of the U.S. Supreme Court (1998-1999). He received his A.B. summa cum laude from Harvard University in 1992, finishing first in his class. Selected as a Rhodes Scholar, he earned a D. Phil. in Islamic Thought from Oxford University and a J.D. from Yale Law School, where he served as the book reviews editor of the Yale Law Journal.

Hina Shamsi is director of the American Civil Liberties Union National Security Project, which is dedicated to ensuring that U.S. counterterrorism policies and practices do not violate the Constitution or the United States’ obligations under international law. She is litigating the ACLU’s lawsuit challenging the constitutionality of the U.S. government’s killing of three U.S. citizens in Yemen in 2011. She has litigated numerous cases relating to post-9/11 torture, unlawful detention, discrimination against racial and religious minorities, and the freedoms of speech and association. Shamsi teaches a Columbia Law School course on international human rights, and has monitored and reported on the military commissions at Guantánamo Bay. She previously directed Human Rights First's Law & Security Program, and also served as senior advisor to the U.N. Special Rapporteur on Extrajudicial Executions.