Kavanaugh Hearing: Recap And What's Next 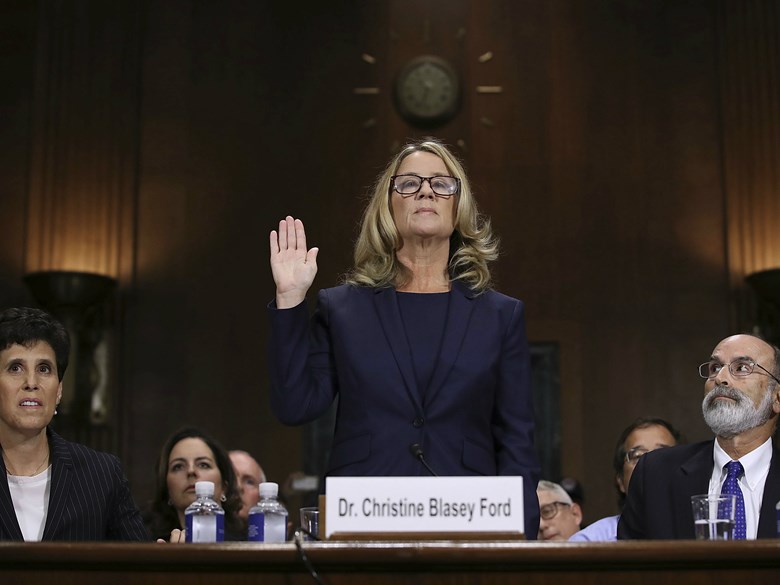 Christine Blasey Ford is sworn in before the Senate Judiciary Committee, Thursday, Sept. 27, 2018 in Washington. Her attorney's Debra Katz and Michael Bromwich watch.

Dr. Christine Blasey Ford accused Supreme Court Nominee Brett Kavanaugh of sexual assault. He responded that he did no such thing.  We’ve heard the testimony. What's next? Listen to NPR’s special one-hour recap and look-ahead at next steps.

The high-stakes hearing will help determine whether President Trump's effort to remake the nation's highest court with the conservative jurist to replace retired Justice Anthony Kennedy is successful. The testimony from both Ford and Kavanaugh — accuser and accused — comes after a year in which the rise and the cultural influence of the #MeToo movement has raised sensitivity to the accounts of sexual assault victims, a significant cultural shift since 1991 when Anita Hill testified before the Senate Judiciary Committee about her allegations of sexual harassment against Clarence Thomas during his confirmation process.