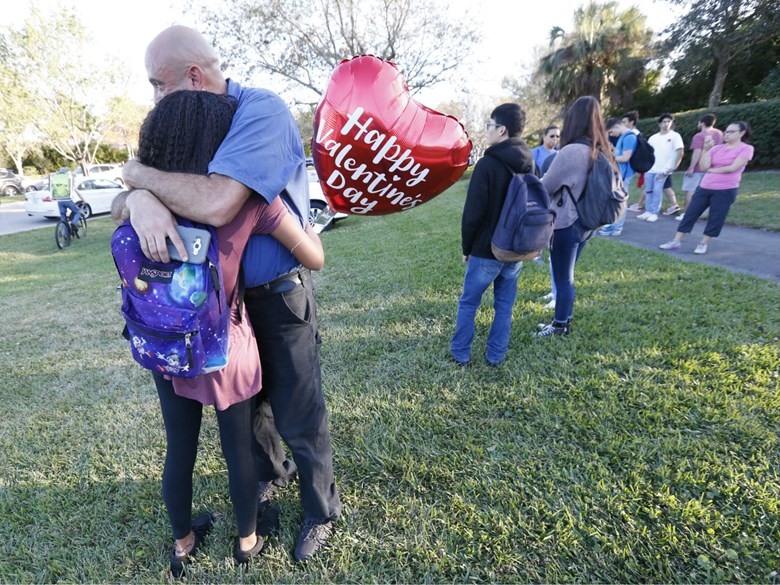 President Trump addressed the nation from the White House Thursday morning on Wednesday's shooting at a Florida high school that left 17 people dead.

Trump weighed in on Twitter earlier Thursday, saying there were "so many signs that the suspected Florida shooter was mentally disturbed." He noted that the suspect been expelled, said "neighbors and classmates knew he was a big problem" and obliquely warned: "Must always report such instances to authorities, again and again."

Rewatch the address below.

There is evidence that concerns about the 19-year-old were raised. BuzzFeed reported, for example, that 36-year-old YouTuber, Ben Bennight, alerted the FBI and YouTube to a comment the eventual shooter made on one of his videos.

"I'm going to be a professional school shooter," the comment said.

Bennight told BuzzFeed agents from the Mississippi FBI field office contacted him right away, but he didn't hear from them again until after Wednesday's shooting. NPR has not confirmed the report.

To Trump's point of the shooter being "mentally disturbed," Trump signed a Republican bill last year that makes it easier for people who are mentally ill to purchase guns.

"If a specific individual is likely to be violent due to the nature of their mental illness, then the government should have to prove it," said Sen. Chuck Grassley, R-Iowa, a chief supporter of the legislation.

The White House sent out a statement Wednesday sending out "thoughts and prayers" for victims and their families and issued a formal proclamation, stating that the nation "grieves with those who has lost loved ones in the shooting at the Marjory Stoneman Douglas High School."

It ordered flags at the White House and other federal buildings to be flown at half-staff.