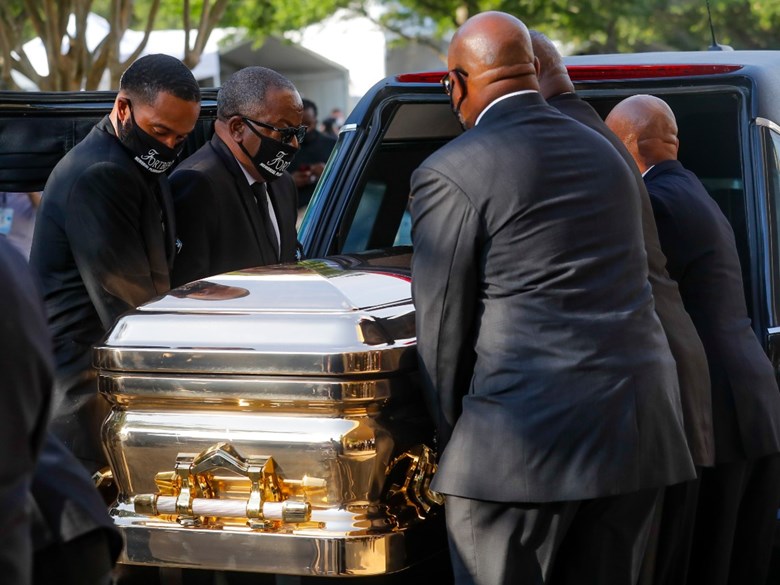 George Floyd's casket is loaded into a hearse after being brought out of Fountain of Praise church following a public visitation Monday, June 8, 2020, in Houston. Floyd died May 25 after being restrained by Minneapolis police.

The family of George Floyd will hold a private funeral service Tuesday in Houston.

Floyd, who was killed by police on May 25, was honored Monday afternoon at The Fountain of Praise church during a six-hour viewing. Services for Floyd have previously been held in Raeford, N.C., near his birthplace, and in Minneapolis, where he was killed.

Floyd's death has sparked widespread protests, both across the United States and in countries across the world, including Germany and England, calling attention to police mistreatment of communities of color and pushing for criminal justice reform.

Listen to live coverage of the funeral service from Houston Public Media.