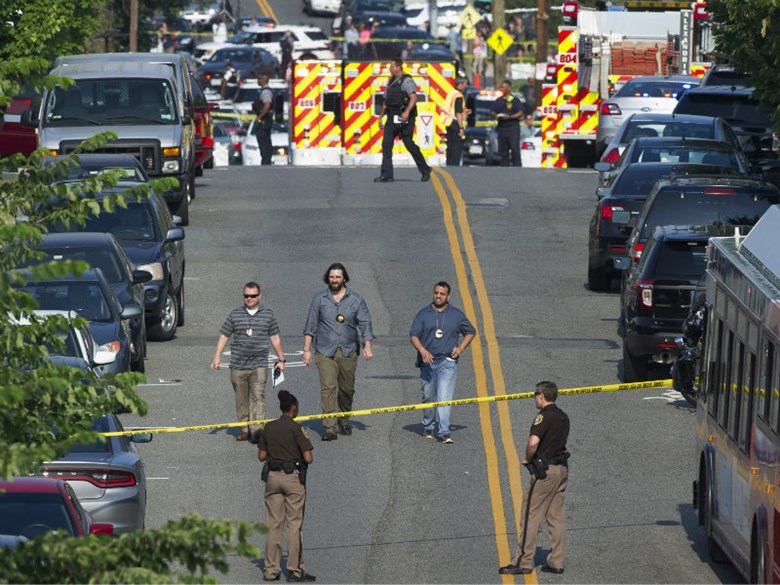 Police and emergency personnel are seen near the scene where House Majority Whip Steve Scalise of La. was shot during a Congressional baseball practice in Alexandria, Va., Wednesday, June 14, 2017.

A gunman opened fire during an early morning baseball practice for Republican members of Congress on Wednesday, reportedly firing dozens of shots at a field in Alexandria, Va. At least five people were wounded, including Majority Whip Steve Scalise of Louisiana.

"Suspect is in custody and not a threat," the Alexandria Police Department tweeted. Police initially tweeted that the suspect was among five people transported to the hospital, though Police Chief Michael Brown later refused to confirm that. Members of the U.S. Capitol Police were also wounded.