The first wave of 'Miracle March' storms in California offset three dry weeks in February and improved storage in some reservoirs. Now, the state is primed for drought improvement, according to the U.S. Drought Monitor released March 10.

Storms last week brought California "some badly-needed precipitation after rather dry and mild conditions the past 3 weeks [February] caused a sharp decline in the Water Year-To-Date (WYTD) precipitation and snowpack that were both above-normal in early February."

"Therefore, considering that this storm basically negated the decline caused by the prior 3 weeks of dryness and warmth, no changes were made this week," according to the weekly update. "However, with the state [California] now recharged with short-term moisture, any additional precipitation, especially from a colder system (e.g. lower elevation snows), should provide some improvement to the state, especially in northern and central areas."

The weekly cutoff time for the Drought Monitor is 7 a.m. EST Tuesday. So, any drought improvement from the series of storms the first week of March in California will be reflected in the March 17 report. 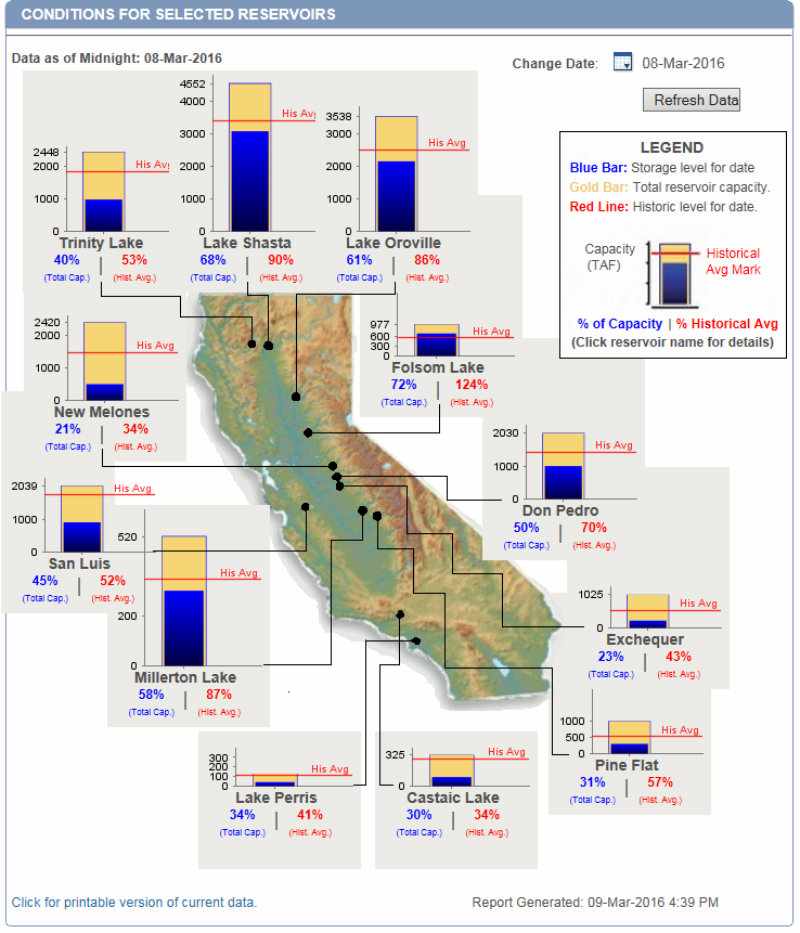 Despite expecting big increases in precipitation and snowpack, in what is normally one of the wettest months of the year in California, the last three weeks of February "stalled" or lowered both.  In terms of precipitation, there was improvement to above-normal in the "northern, central (San Joaquin), and southern (Tulare basin) Sierra station indices."

"More good news from the recent storm was that reservoir storages did increase from the heavy rains and snowmelt from the lower elevations," the report says. 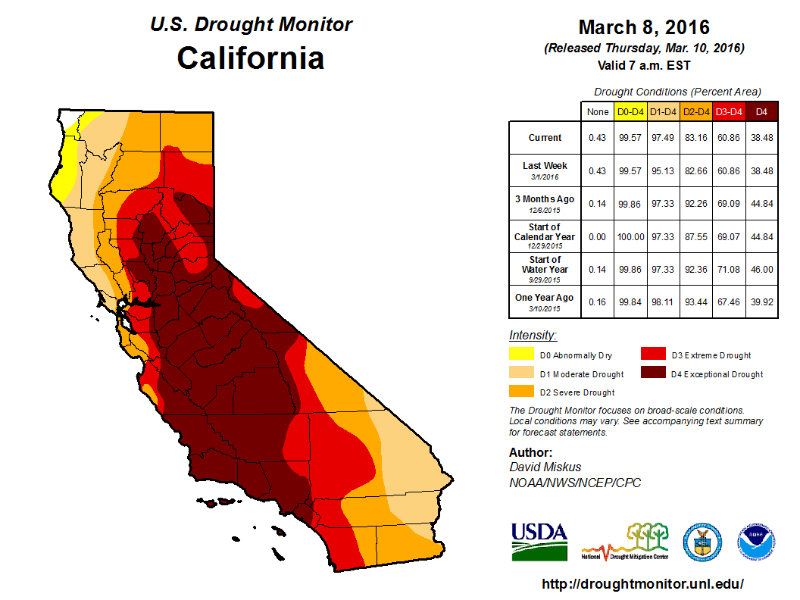 The series of early March storms brought precipitation to the Pacific Northwest and most of California, except the extreme southeast region.

"Most locations from western Washington southward to south-central California, including the Sierra Nevada and Cascades, received 3 to 6 inches, with 8 to 12 inches locally in the Olympic Peninsula, portions of coastal northern and central California, and the northern Sierra," the report noted. 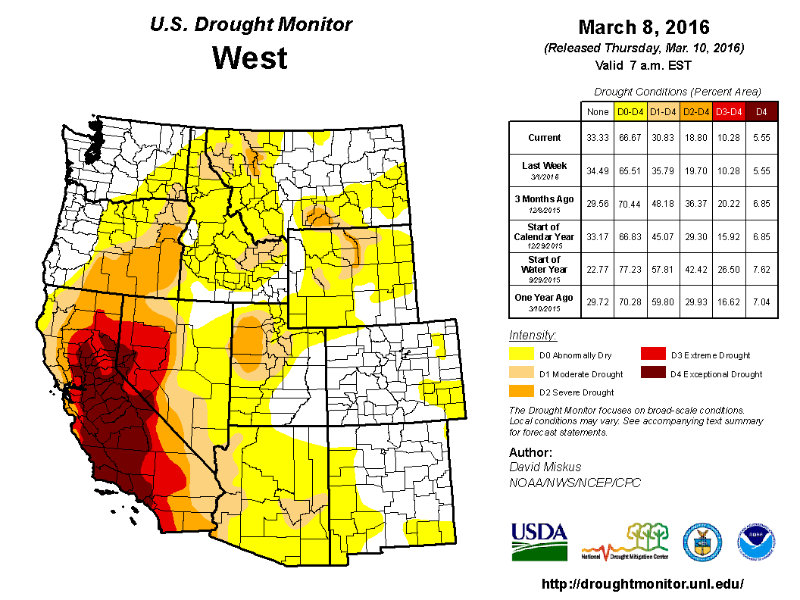 "While the precipitation was beneficial in California, dry and warm weather during the previous 3 weeks halted the normal increase in snowpack in the Sierra, stalled the accumulated WYTD precipitation, and decreased the normal inflow into streams and reservoirs," according to the Drought Monitor. "In addition, the storm was rather mild, with freezing levels above 8000 feet in the Sierra, and not the best for building snowpacks in lower elevations."

"For example, after decent December and January precipitation and snowfall, the Feb. 2 northern, central, and southern Sierra SWCs [snow water equivalent] was above normal (107-120 percent) for this day. By March 8 (after the storms), however, they were below normal (79-86 percent) for this day." 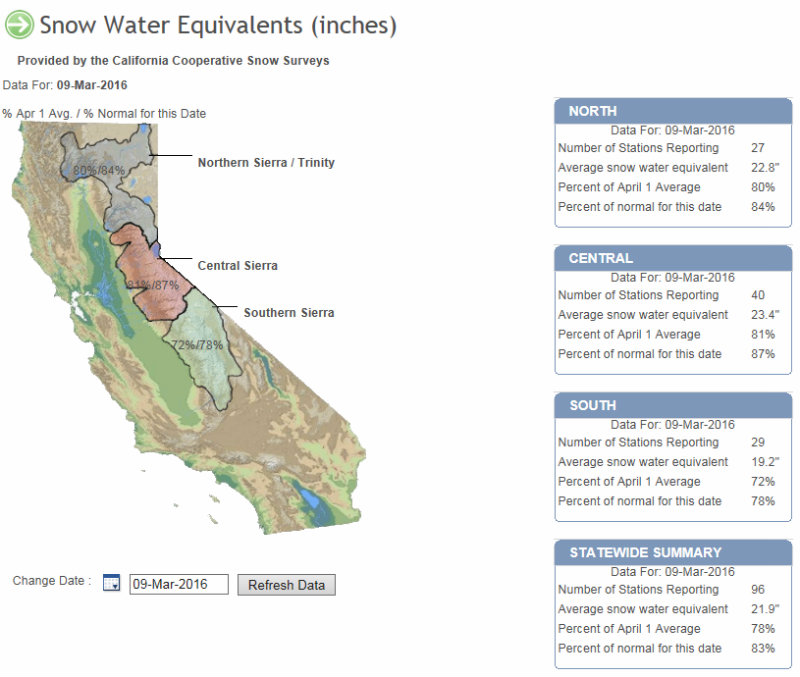 During the next 5 days (March 10-14), Pacific storm systems are forecast to drop heavy precipitation (8-14 inches) on western sections of Washington, Oregon, and northern and central California, including the Cascades and Sierra Nevada. 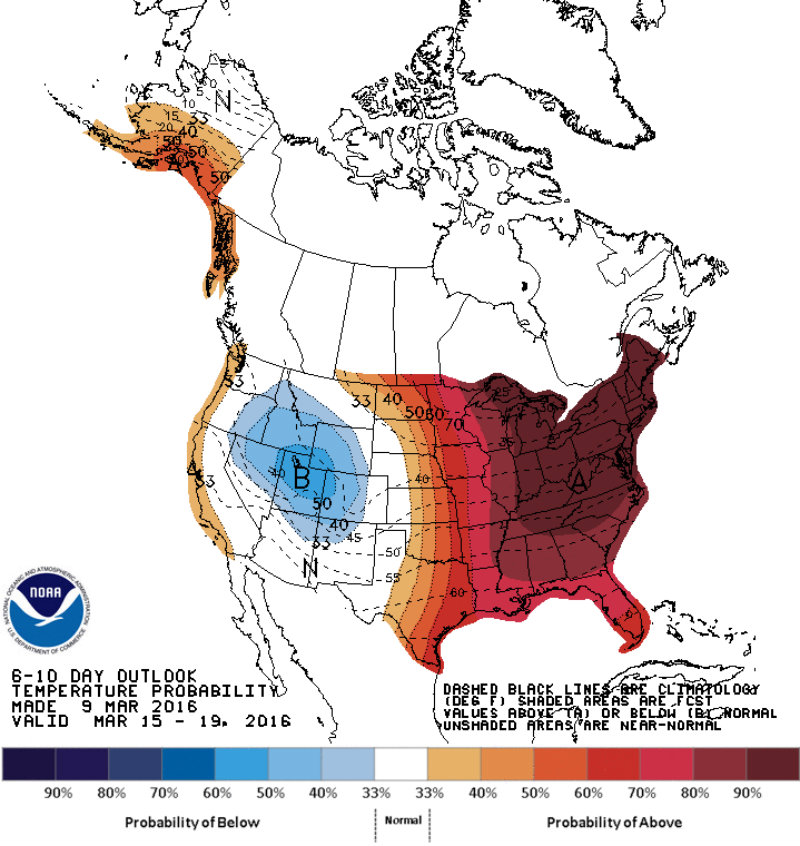 In addition, the update says temperatures should be much lower with this set of storms as compared to the early March storm, producing more snow for the Cascades and Sierra Nevada.

For days 6-10 (March 15-19), the odds favor below median precipitation in the Far West and Southwest. 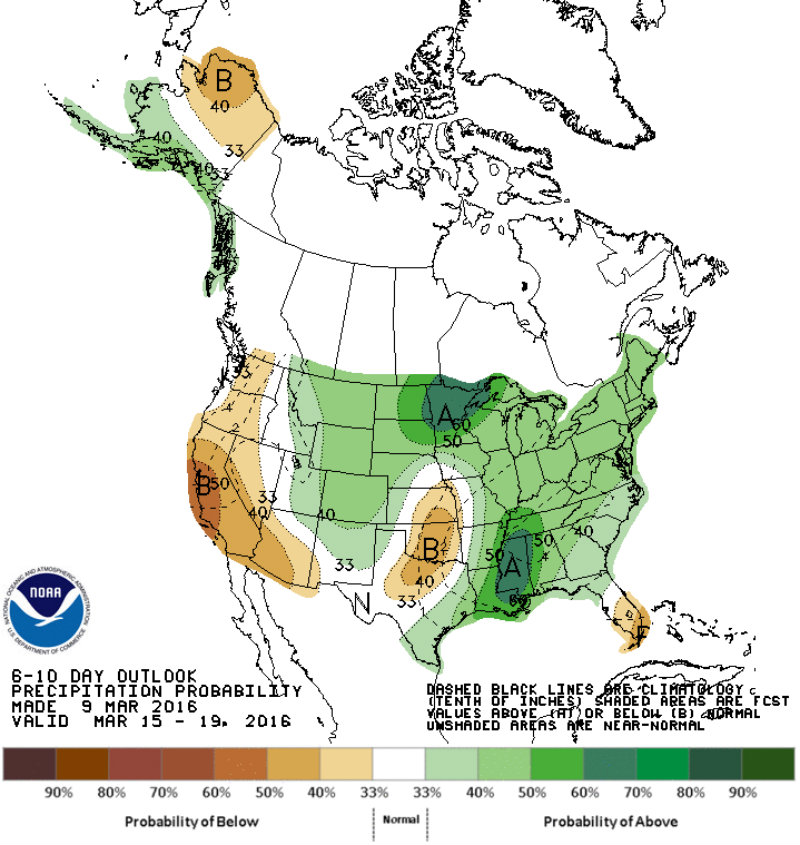