March storms are building the Sierra Nevada snowpack and helping to fill key reservoirs that are tapped in the spring and summer for water supply.

The recent series of storms brought more snow to the Sierra Nevada - mostly in the northern Sierra.

Maury Roos, a hydrologist with the California Department of Water Resources, says the northern Sierra has nearly received its average precipitation for the entire month of March.

"Some of those "Miracle March" years were 2 1/2 or 3 times the average, so I guess in one sense you could say we're one-third of the way to that kind of March. It would be premature to claim that we're going to be there this year - maybe we will, maybe we won't."

The statewide Sierra Snow Water Equivalent is 82 percent of normal for March 7. 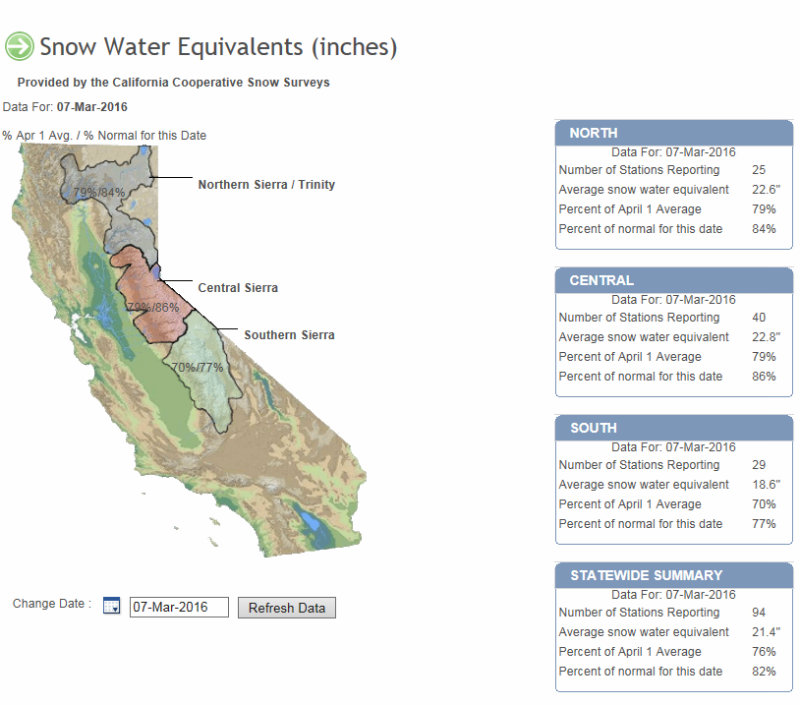 The three largest state reservoirs are key for spring and summer supply. 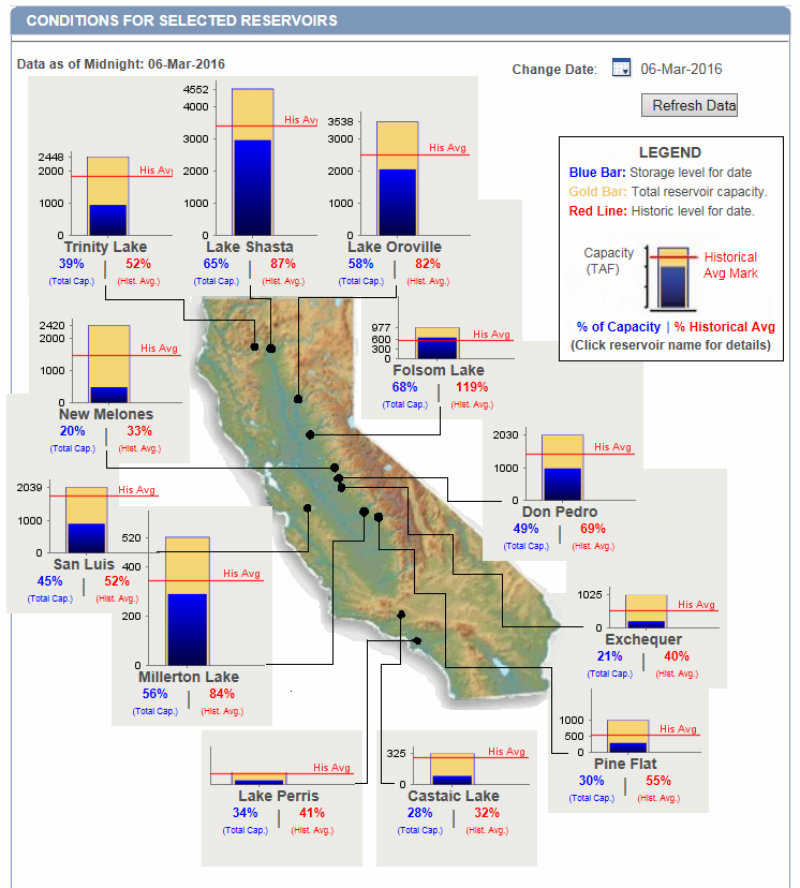 But so far, some major California reservoirs are filling and the Sierra Nevada snowpack is significantly improved from a year ago.

"We're very happy after the dry February to see a turn like this," says Roos, with the DWR. "We're assured now of a better runoff than last year, not necessarily enough to take care of the drought, but certainly better than last year at this time. Water storage is roughly the same and we expect quite a bit more runoff from the snowpack in the spring than last year."

The recent series of storms brought up to two feet or more of snow to some Sierra Nevada ski resorts, especially around Lake Tahoe. The rainfall totals in northern California were also impressive.

"Downtown Sacramento has received just about two inches of rain since all this began Friday," says Tom Dang, a meteorologist with the National Weather Service in Sacramento. "The mountains, the northern Sierra in particular, have seen a fair bit more rain than that. The mountains above Shasta Lake are above eight inches."

The National Weather Service says another series of storms, starting later this week, is expected to bring more snow to the mountains and rain to the valleys and coastal areas. 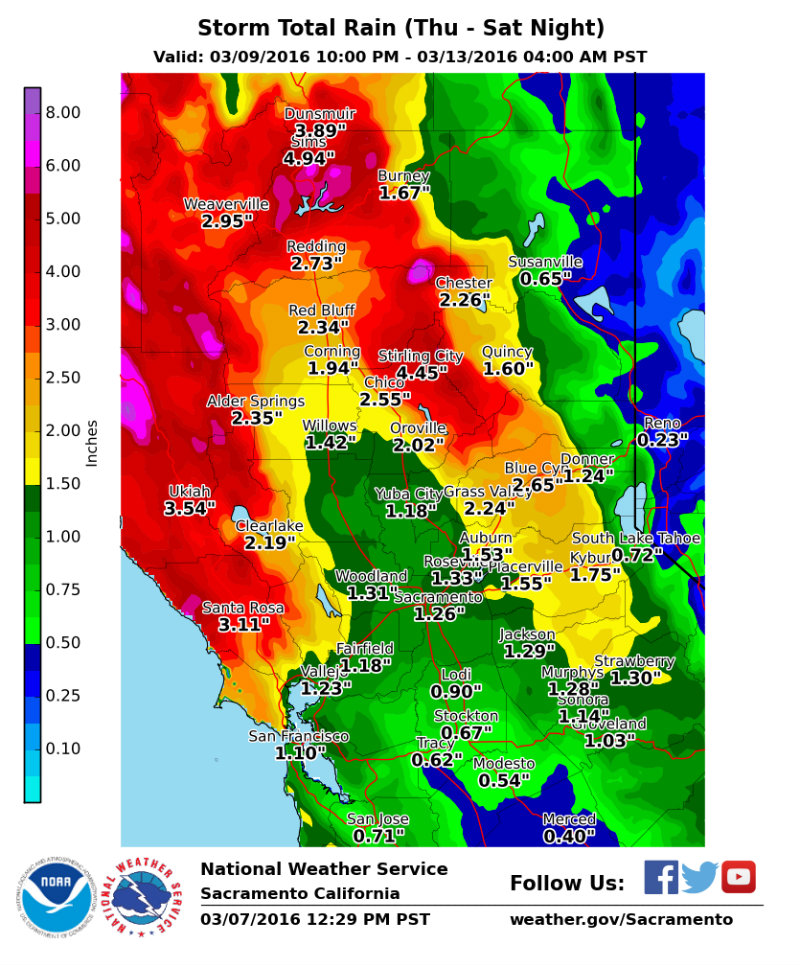