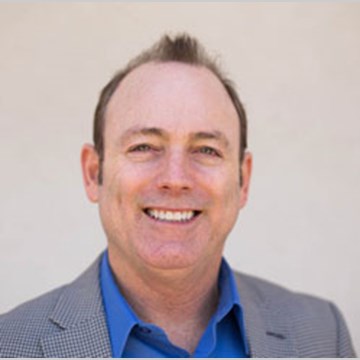 Ed Joyce is a former Reporter and All Things Considered News Anchor at Capital Public Radio. Ed is a veteran journalist with experience in a variety of news positions across all media platforms, including radio, television, Web and print.

Ed’s career started as a boy delivering the Sunday L.A. Times. He later had a paper route delivering the Evening Star-News. Before joining the station, Ed worked in two different positions for KPCC in Los Angeles -  One year as the Orange County Bureau Reporter sandwiched around a year as Morning Breaking News Editor. Before working at KPCC, Ed anchored at KPBS-FM, worked as the station’s Environment Reporter producing stories for KPBS-FM and TV and had a stint as the station’s Senior Editor.

In a journalism career that hasn't followed a straight line, Ed has also had stints as a telephone operator for US West and was a USPS mail carrier. He also wrote a column and was the Editor for a weekly newspaper in the U.S. Virgin Islands.  And, he's been a DJ and has taught journalism and radio-TV production at two Seattle-area high schools and the University of Idaho.

Ed has won numerous awards from the Society of Professional Journalists, Associated Press and other organizations for his TV and radio writing, producing, anchoring, editing and reporting. He has been a contributor to NPR, Marketplace and the California Report among other media news organizations. Ed has worked in Northern California before: As News Director at KTHO AM-FM in South Lake Tahoe and in Crescent City.

Born in Los Angeles County, Joyce graduated with a B.A. in Communications from the University of Washington, where he studied broadcast journalism, TV-radio production and sociology. Following graduation he worked at KUOW in Seattle and later as a TV news anchor and reporter in Eugene, Oregon and Spokane.