The U.S. Drought Monitor released January 14 showed a slight improvement in one category of drought in California. But the weekly report noted that recovery will be slow after more than three-years of drought.

"In California, even with the rain and snow received over the last several weeks, many areas are still running below normal for precipitation and snow for the current water year," according to the update. "Wells, reservoirs, ground water, and soil moisture are all recovering slowly, which is to be expected after three-plus years of drought." 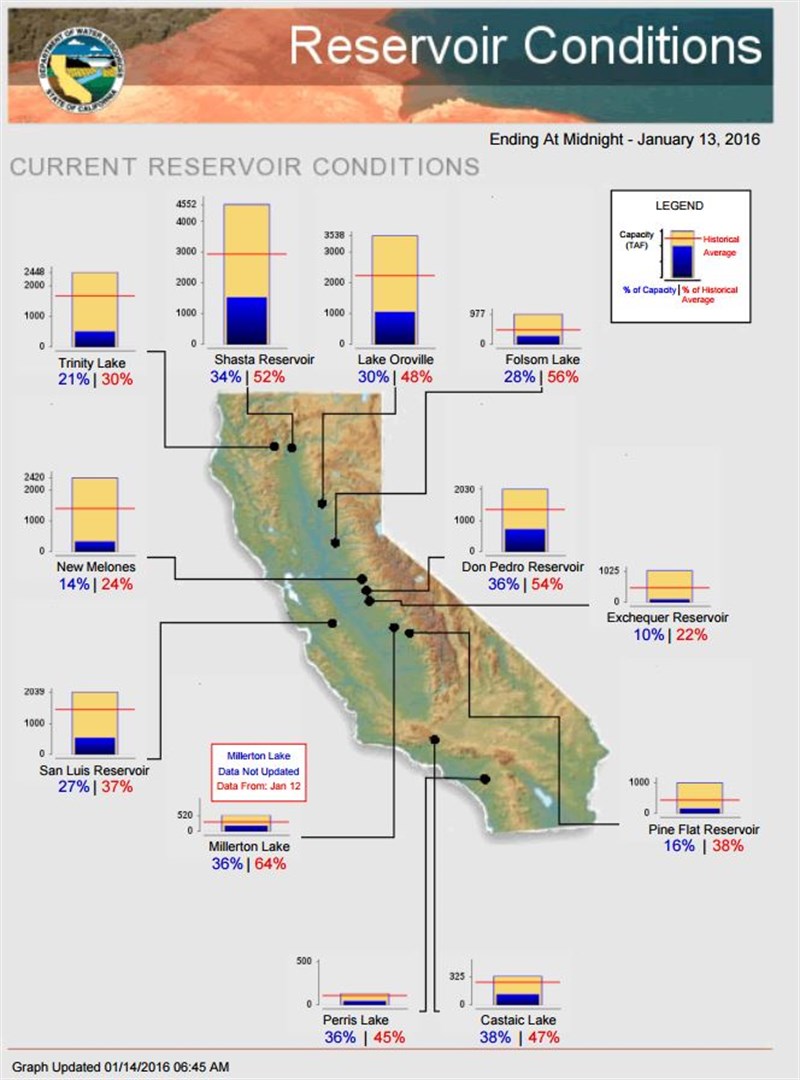 The recent storms have eased some of the exceptional drought in northern California (from nearly 45 percent last week to 42 percent this week).

While the reduction is a good start, and many reservoirs show improvement, the report reiterates that drought recovery will take time: "The consensus from California experts is that recovery will be slow, and many more storm events are needed through the rest of winter to really put a dent in the drought." 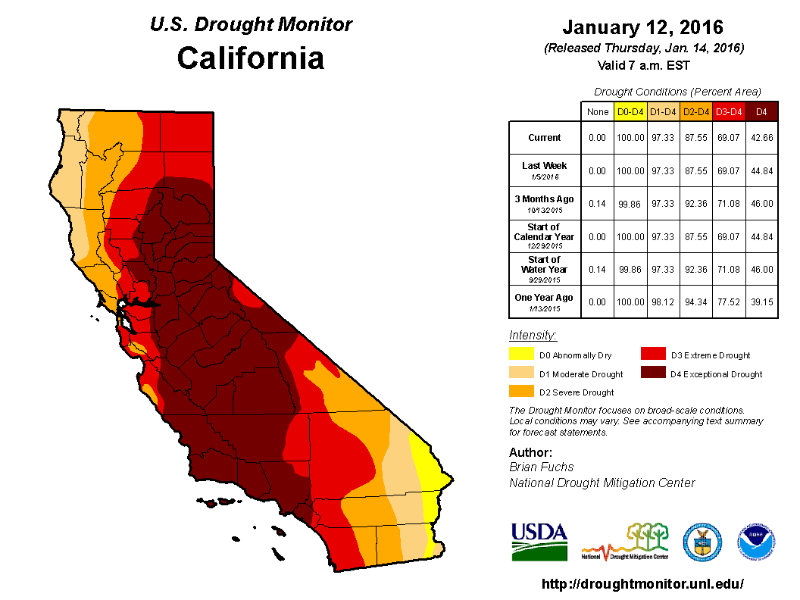 A year-over-year comparison (January 12, 2016 and January 13, 2015) of California drought conditions shows improvement in two intensity levels: The amount of severe drought has decreased 7 percent and extreme drought has eased about 8 percent.

The monitor reports that "much of California was 3-6 degrees warmer than usual and much of southern California and southern Nevada recorded more than 200 percent of normal precipitation, with multiple storm events in the West." The update says the Pacific Northwest had below-normal precipitation for the week.

"Along with the cooler-than-normal temperatures, this was ideal for snow to accumulate in the higher elevations and for rain to infiltrate into soils," the update noted. "Eastern Nevada has had good snow over the last several weeks, and snow water equivalent (SWE) is running 150-200 percent of normal for the water year, so moderate drought was removed over much of eastern Nevada." 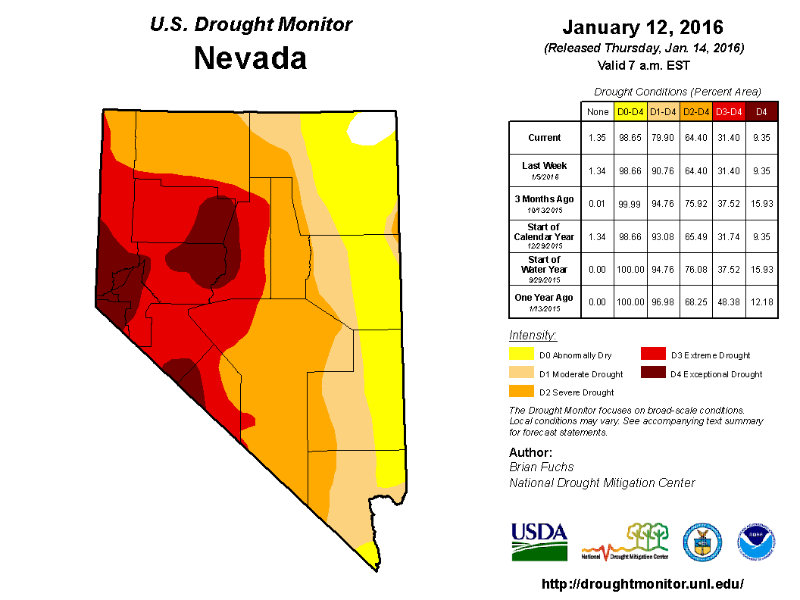 The report says the series of storms that "came ashore along the West Coast and dove into the Southwest, brought significant amounts of rain and snow to many areas of California, Nevada, Arizona, Utah, New Mexico, and Colorado." 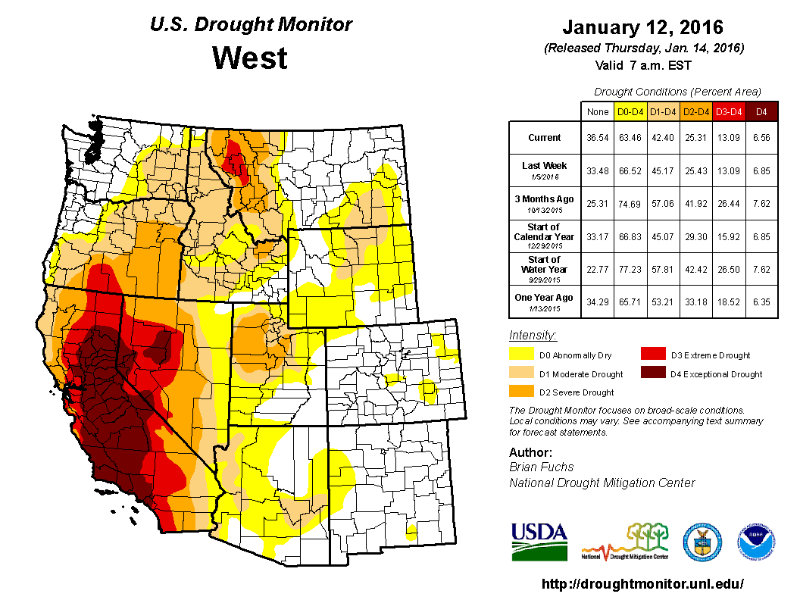