The California Department of Water Resources has framed the fourth year of drought as a "spooky thriller" movie, especially if El Niño does not add much to the state’s reservoirs.

Posted along with a video this week, the DWR referenced the possibility of what may face California:

Californians are anticipating a real-life drama: Will El Niño Make It Rain? Scientists say there’s a 90-percent chance of a strong one forming in the Pacific this winter, but will rain fill Northern California reservoirs? State Climatologist Mike Anderson says this drama’s ending is still unwritten: "Unfortunately, even a strong El Niño doesn’t correlate to a particular outcome for California." If this El Niño is a dud, California’s next spooky thriller may be just ahead: "A Fifth Year of Drought! Photos of the State Water Project’s Lake Oroville and the Central Valley Project’s Folsom and Shasta lakes taken on July 20, 2015." 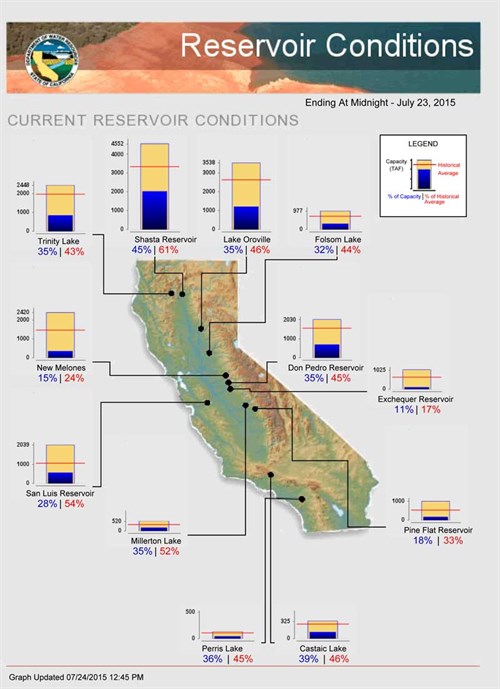