There is no change in the percentage of drought in California, according to the U.S. Drought Monitor released Thursday. But the cutoff date for the weekly report is Tuesday, so it does not include the recent storms that have brought rain and snow to the state.

"At the end of the current U.S. Drought Monitor period and the beginning of the next, the first of several storms started sweeping across the West Coast and into the Southwest," the report noted. "The resulting precipitation will be analyzed for potential improvements to the region next week." 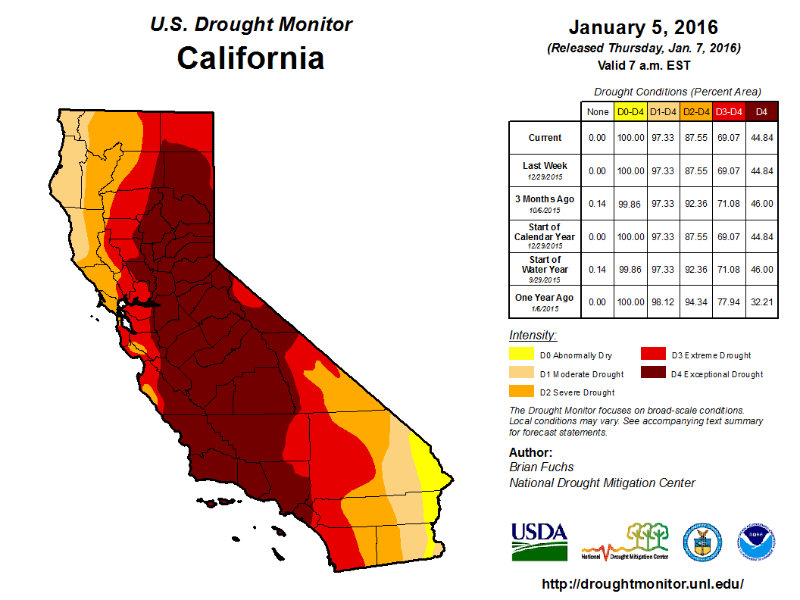 The monitor says the "analysis of California is ongoing, with the good start to the current water year bringing optimism to the region."

But the report added that "the deficits over the last three years are significant enough that potential improvements are going to be slow to develop." 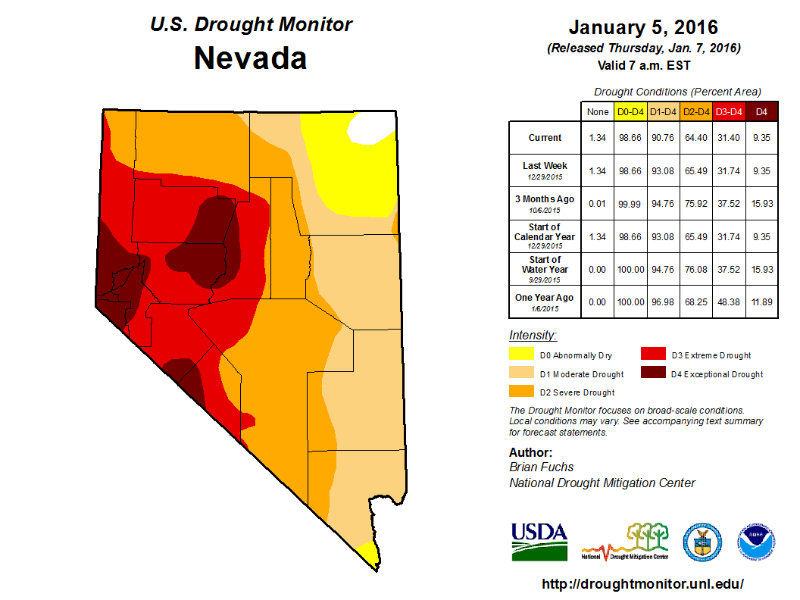 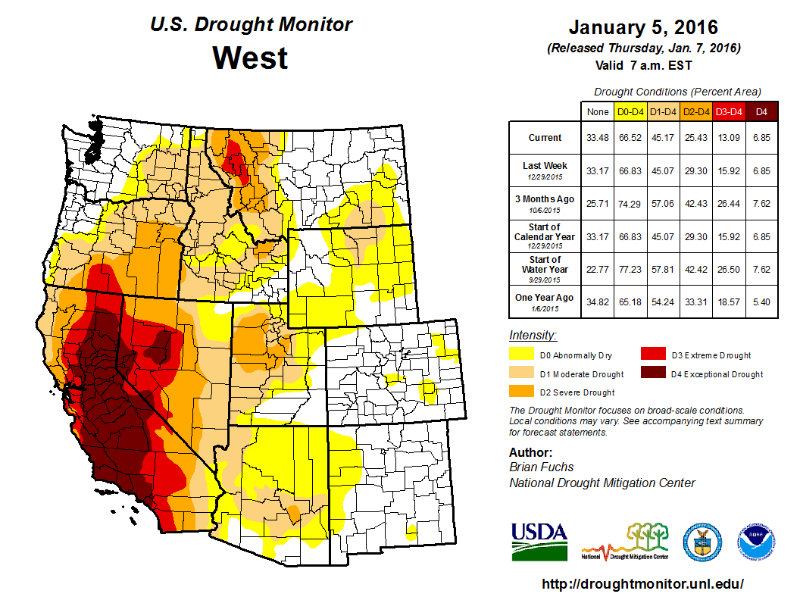 Improvements were also seen in eastern Washington and Oregon, "where most areas to the east of Cascade Mountains had a full-category reduction in drought intensity, with moderate to severe drought lingering."

NOAA's Climate Prediction Center released an update January 4 on El Niño, which they say "is expected to remain strong through the Northern Hemisphere winter 2015-16." 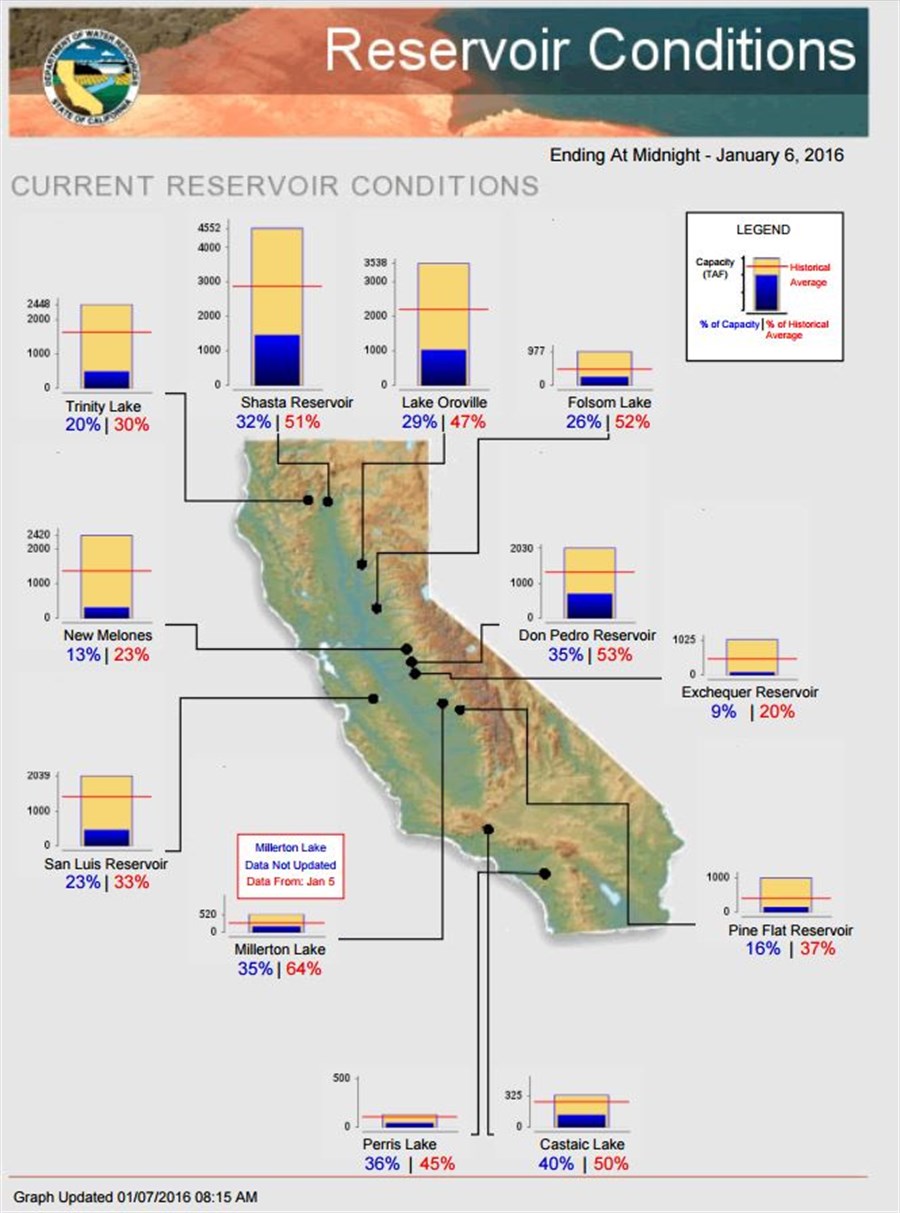 The National Weather Service in Sacramento reported Thursday that downtown Sacramento has had the wettest start for January since 2008, with 2 inches of rain as of 8:15 a.m. January 7.