Periods of heavy rain and heavy snow are forecast in Northern California through early next week.

A second system arrives late Saturday morning, followed by a third on Sunday. 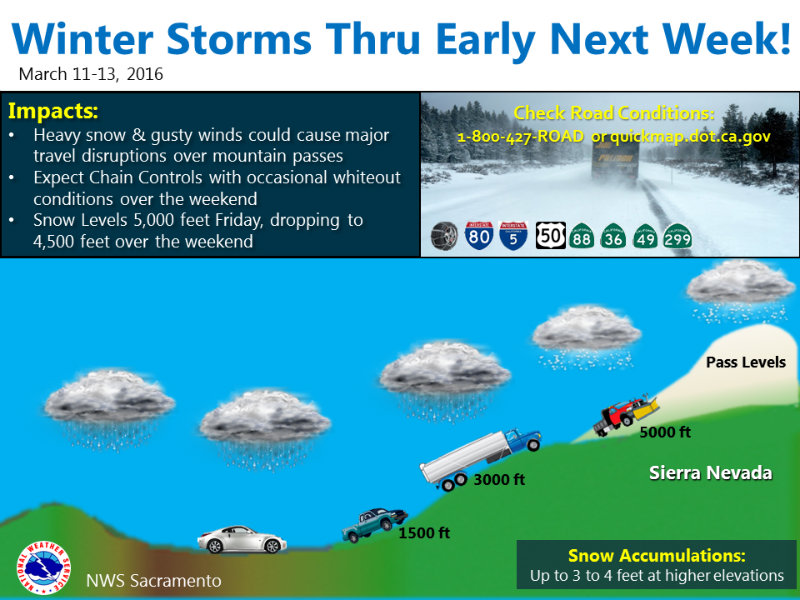 Up to several feet of snow is expected in parts of the Sierra Nevada, with snow levels starting at 6,000 feet, falling to 4500 feet over the weekend and to 4000 feet on Monday, according to forecasters. 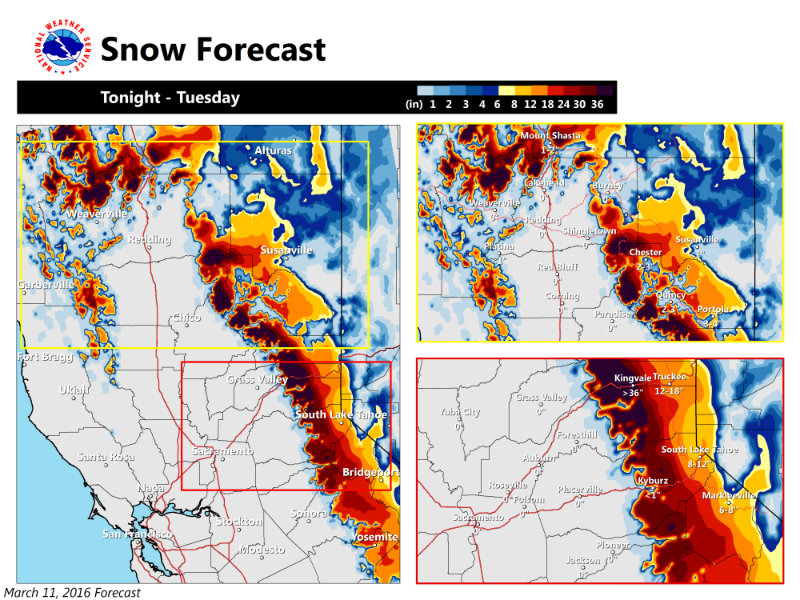 "Heavy snow and gusty winds will cause hazardous mountain travel this weekend, with the potential for road closures and travel delays," say forecasters. "Urban and small stream flooding will also be possible due to the extended period of rains. Moderate rises are expected in small streams and creeks, along the Sacramento River with weir overflows." 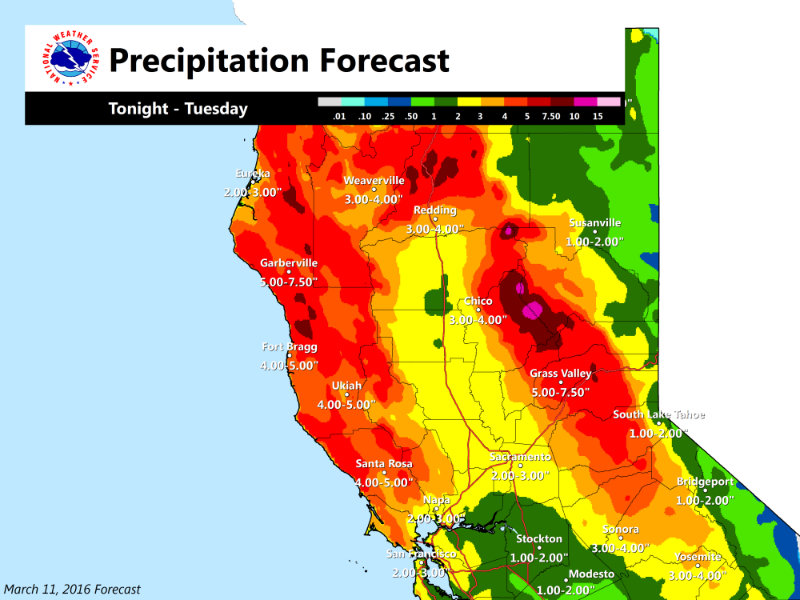 The forecast also calls for breezy to gusty winds on Saturday afternoon mainly from Sacramento northward. The NWS says the winds will be more widespread on Sunday, peaking in the afternoon and evening. 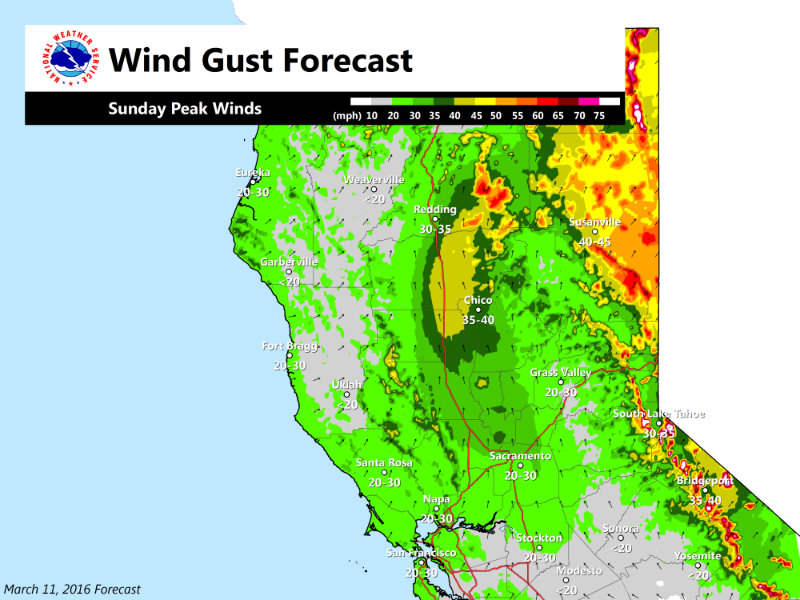 The weather service and other state and local officials say people should expect barricades for lowland and street flooding. They advise people to "turn around, don't drown."

"The heaviest snow is going to fall late-Saturday into early Monday," says Meteorologist Courtney Obergfell, with NWS Sacramento. "And we're looking at several feet of snow, and that combined with some pretty gusty winds are going to lead to white-out conditions and possible road closures at times."

The latest weather conditions, including warnings, watches and advisories, from the National Weather Service in Sacramento: http://www.wrh.noaa.gov/sto/ 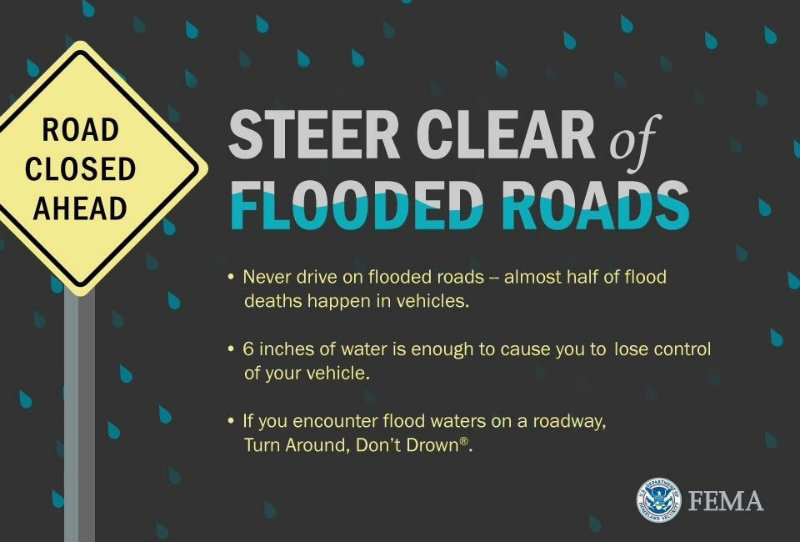