As California looks for more water efficiency in the fourth year of drought, the City of Roseville is swapping grass and ornamental landscaping for more “water-wise” plants.

"It's important to get rid of any unused turf and we've been watering and maintaining these grassy areas that nobody is using," said Maurice Chaney with the City of Roseville.

Chaney said 90,000 square feet of grass at the Yard - slightly larger than one football field - has been replaced with drought-tolerant plants.

"We're not only converting the turf, we've also overhauled our irrigation system to accommodate the new water-wise landscape," said Chaney. "So, it's more efficient, in fact we estimate that we can save about five-million gallons of water per year." 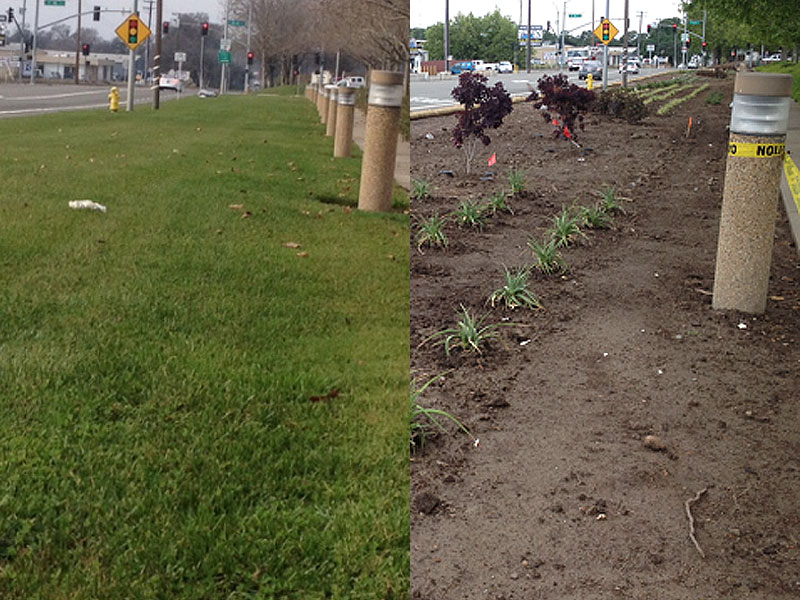 BEFORE (left): The area of grass on city-owned property along PFE Road in Roseville in January 2015. AFTER (right): In April 2015, the grass has been replaced with drought-tolerant landscaping to save water. Ed Joyce / Capital Public Radio

Chaney said replacing the turf will also save the city operational and maintenance costs.

Roseville has offered homeowners and commercial water customers a Cash For Grass Rebate Program since 2008.

"We offer residential customers 50-cents per square foot for removing grass, up to $1,000," said Chaney. "We know that outdoor water use is the biggest water user. By incentivizing it, it gives people the opportunity to convert their lawns and install water-wise landscapes. It saves them water, money and maintenance."

Chaney said Roseville will be replacing more areas of grass with drought-resistant plants on property it owns, while continuing to encourage homeowners and commercial businesses to remove grass and replace it with plants that require less water.

Roseville also gives homeowners a ‘how-to’ with its Greener Gardens Tour and Expo on May 16 at the Roseville Utility Exploration Center. 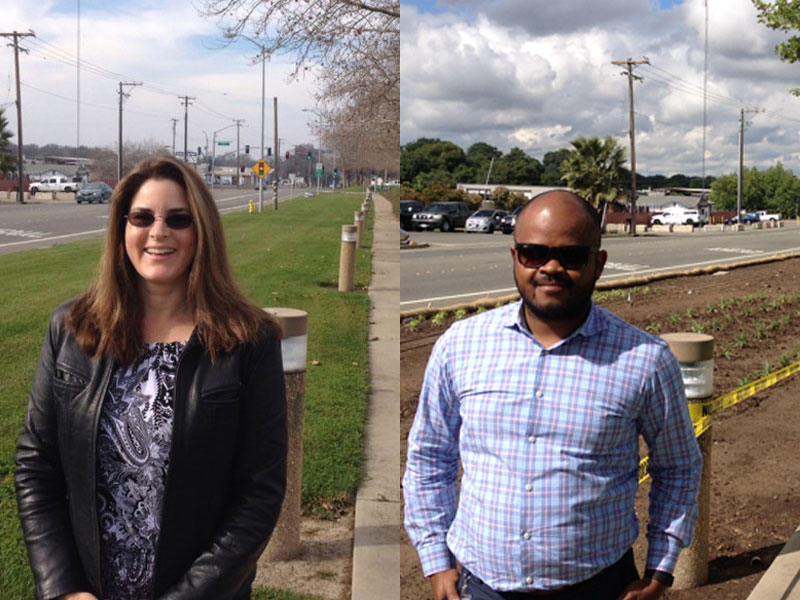