A new survey shows Californians say water and drought are the top issues facing the state.

The Public Policy Institute of California survey results show that 39 percent of Californians identified drought and water as the state's biggest issues. Jobs and the economy were named by 20 percent of respondents as top concerns.

PPIC Survey Director Mark Baldassare said those findings are a reversal from a poll taken a year ago.

"We've seen a steady increase in concern about water and the drought as the situation, in terms of the lack of rain has continued, and of course, since the Governor [Jerry Brown] announced the mandatory reductions," said Baldassare.

Baldassare said the latest survey shows most people are satisfied with Governor Jerry Brown's actions to respond to the drought, but many, 60 percent, said they don't see their neighbors helping.

"Sixty percent of people responding say that they don't feel that the people around them in their part of California are doing enough to restrict their water use," said Baldassare.

Baldassare said 46 percent of respondents say the state-mandated restrictions are the appropriate response.

He says 59 percent said the supply of water in their part of the state is a big problem.

Baldassare said that's a record high since PPIC first asked the question in 2009.

He said the survey findings are based on a telephone survey of 1,706 California adults interviewed on landlines and cell phones from May 17–27, 2015. 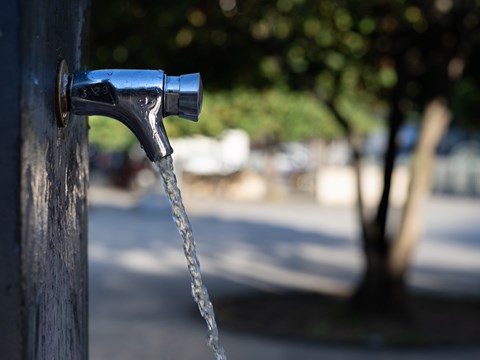 Just How Bad Is California’s Water Debt Problem? The State Isn’t Sure