The latest measurement of Sierra Nevada snowpack Tuesday showed that "snowpack is growing quite nicely."

Frank Gehrke, chief of the California Cooperative Snow Surveys Program for the California Department of Water Resources, says the snowpack measurement was 130 percent of average at Phillips Station off Highway 50 near Sierra-at-Tahoe Road.

He says the storms are making a difference in building snowpack so far this winter.

"These are not major storms, but they are making a difference in terms of snowpack accumulation," Gehrke says.

Gehrke says "this snow is not going anywhere" and will be important for "reservoir recovery." 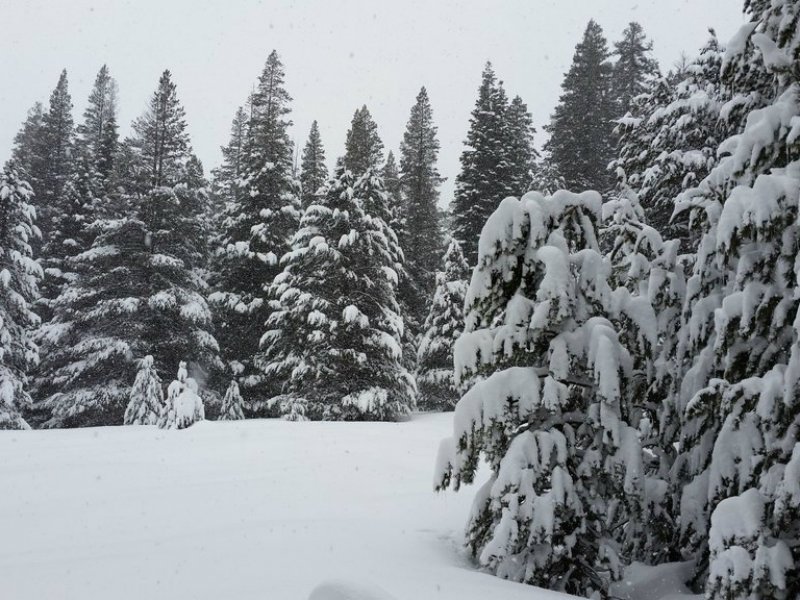 In April 2015, the Sierra snowpack was minimal to non-existent. And the spring and summer runoff was called "paltry" by Gehrke.

The DWR says "rainfall and the Sierra Nevada snowpack’s water content are both markedly improved this water year, and storage in the state’s major reservoirs also has increased significantly since January 1."

The agency says rainfall in the three regions tracked continuously by DWR was 123 percent of the historical average between October 1 and January 31.

"While precipitation this water year is improved over last year, that’s not to say California’s long drought is over," cautioned the DWR. "Most of the state’s major reservoirs still hold much less than their historical averages for early February. Californians are encouraged to continue their water conservation."

The first Sierra snow survey of the winter in December 2015 by the DWR showed snowpack at 136 percent of the long-term January average.

Reservoir storage and snowpack have benefited from storms in January, but DWR officials say it’s far too soon to know whether enough precipitation will have fallen by the end of winter’s wet season to significantly impact the long-term drought in California. 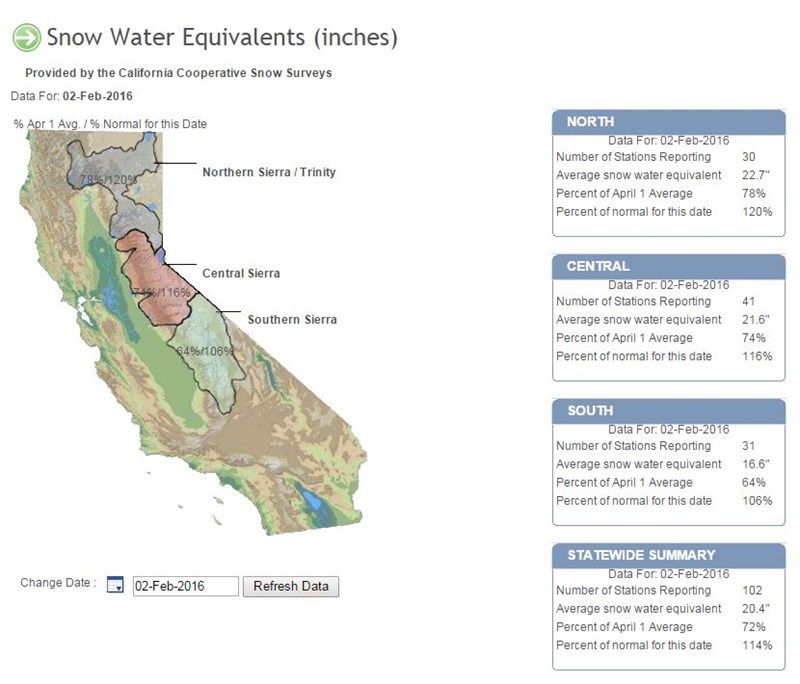 Meteorologist Michelle Mead with the National Weather Service in Sacramento, says more snowpack is needed in the northern Sierra, where the state's largest reservoirs are located, to provide water supply in the spring and summer. 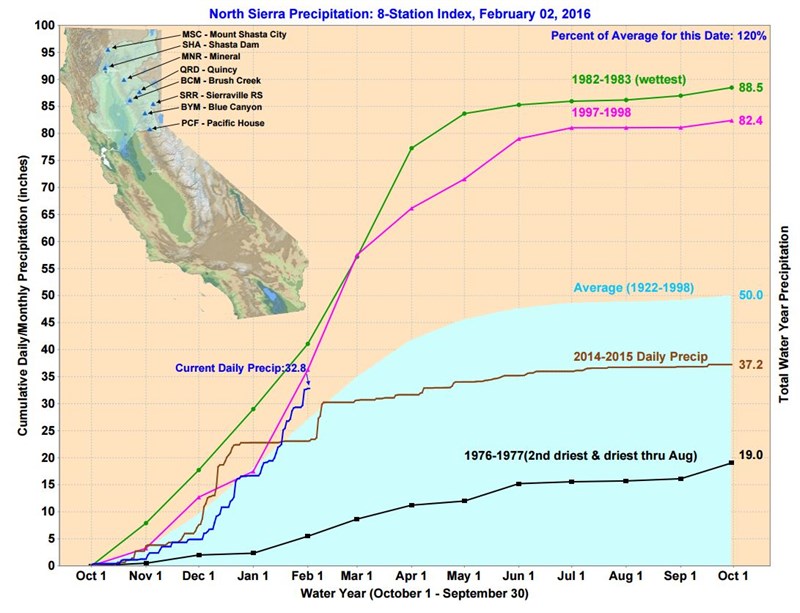