The U.S. Drought Monitor says exceptional drought was reduced in one area of the northern Sierra this week, "despite heavy precipitation and rebounding stream flows in the short term the past few weeks."

"It was decided to hold off on making substantial changes to the depiction in the far West until next week," according to the weekly report. "This is because it takes time to assess the impacts all this moisture will have on long-term deficits and other hydrological considerations. The only change made this week was in the northern Sierra of California (El Dorado County), where the coverage of exceptional drought was reduced." 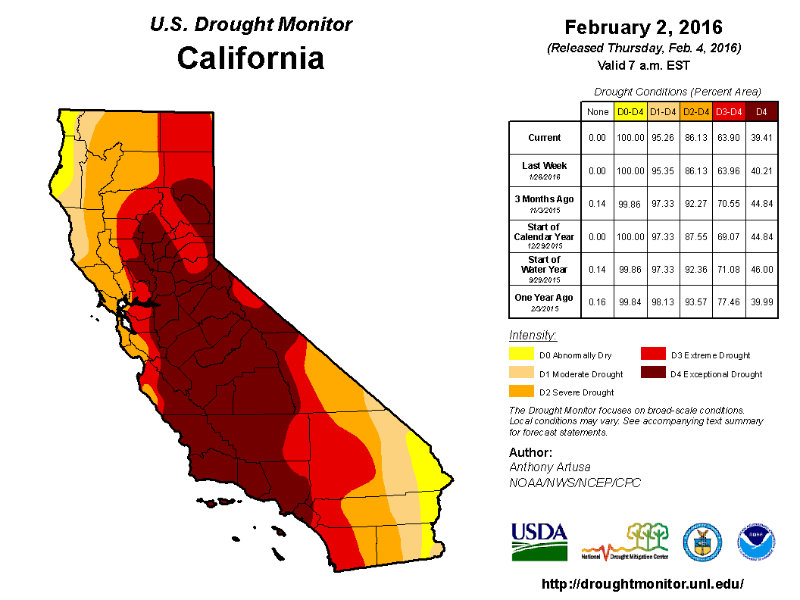 January brought above-average precipitation to California, but the narrative says more is needed to end the state’s historic four-year drought.

"Despite heavy rainfall in January, an above-average snowpack and rising reservoirs in many areas, the California State Water Resources Control Board recently approved an 8-month extension of existing drought-related emergency regulations," the report says. "This is a reminder that although El Niño-related precipitation has been bountiful so far this winter, the drought situation in California remains very serious." 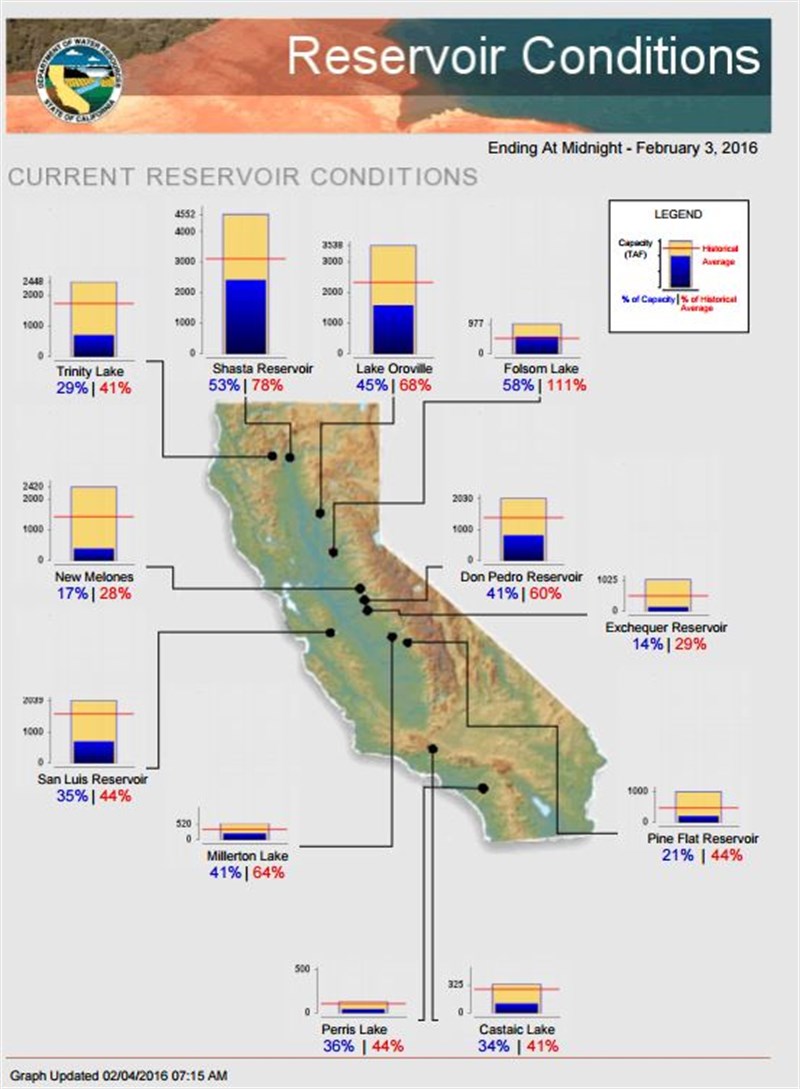 While El Niño helped bring abundant rain and snow to northern California in January, the National Weather Service is forecasting near record high temperatures with mainly dry conditions through at least Feb.12.

So far this winter, the snow water content in the Sierra snowpack ranges from 110 to 150 percent of average. And many areas of California had the wettest January in a decade or more. 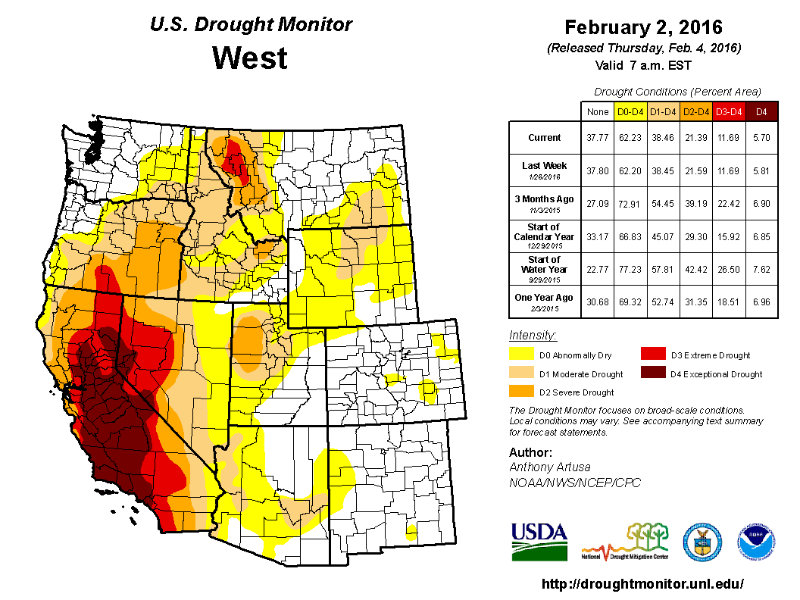 This week in California: 100 percent is abnormally dry, 95 percent moderate, 86 percent severe, 63 percent extreme and 39 percent is in exceptional drought. There were no changes in Nevada.

The drought conditions have improved significantly the past three months in Oregon and Washington, and snowpack is above average in most areas of the Cascades. 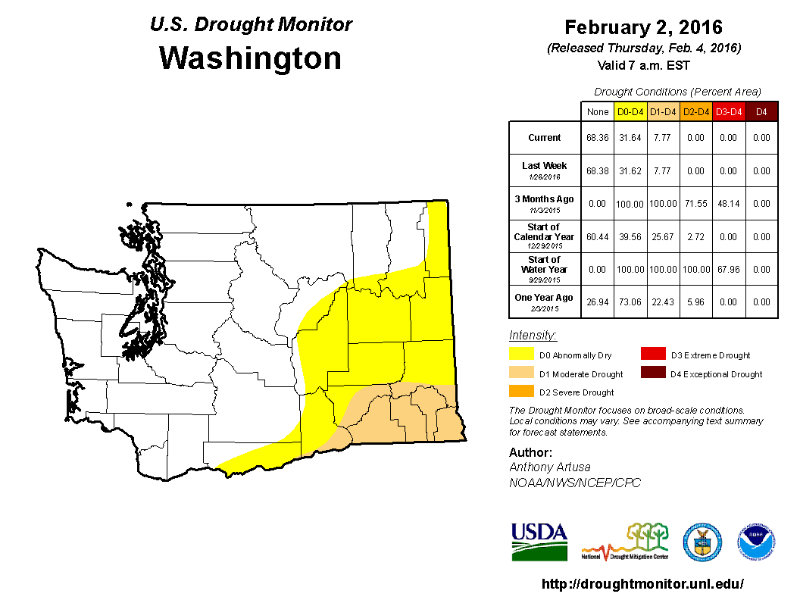 In Oregon, extreme drought has been reduced from 60 percent in Nov. 2015 to just 4 percent this week. Severe drought has also eased, from 91 percent three months ago to 41 percent as of Feb. 2.