“Unfortunately it seems like it’s a trend in the last three or four years, that’s January’s just been a dud,” says Dave Rizzardo, chief of snow surveys for the California Department of Water Resources. Statewide, California only has a quarter of the water in the snowpack that would be normal for this date. January is usually the wettest month – but in some parts of the state, it’s shaping up to be the driest January on record.

“In a nutshell, rainfall has been better in the northern state, but that didn’t translate to snowpack, we’re pretty much across the board we’re in dire circumstances,” says Rizzardo.

One-third of the state relies on water that comes from melting Sierra snowpack. It flows into rivers and streams, and fills up reservoirs. At least it used to. Pete Kampa is with the Lake Don Pedro Community Services District, which gets water from Lake McClure in the Merced River watershed. Kampa says Lake McClure is drying up.

“The precipitation that we receive is not going to recover the lake level, it’s going to go empty by the end of March," says Kampa. "It could take until May for that snowfall, the snowpack, to have an impact on that lake elevation.” 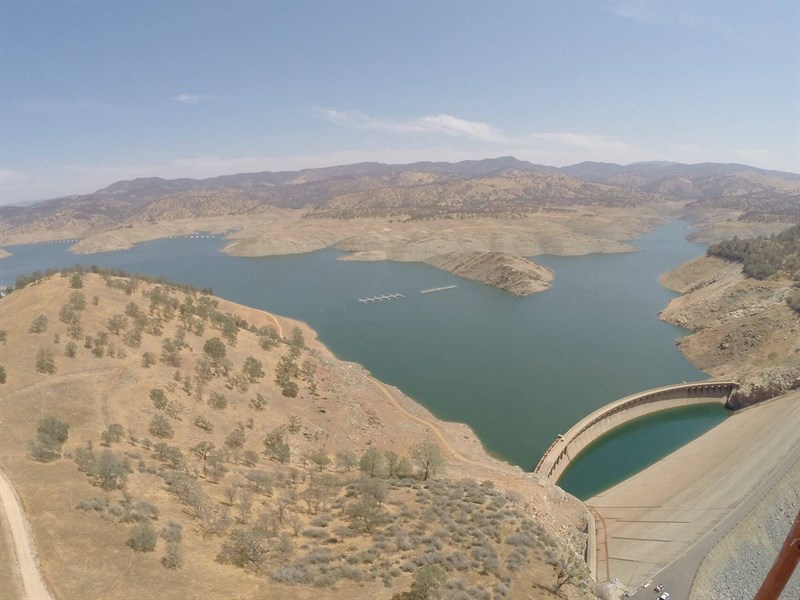 Lake McClure is a foot and a quarter lower than it has been at any time since it was constructed in the 1960’s. It holds just six percent of its capacity. If the lake level drops much lower, the emergency float pump system will no longer be able to pump water.

"My meter is at 110 percent," Kampa says while laughing. "I laugh because I do that when I get nervous. It’s not something that the community was well-prepared for.”

The community has asked the state for emergency assistance. Meanwhile the US Drought Monitor shows nearly 100 percent of California remains in a drought, with its intensity increasing.

Below: Bagby Bridge over Lake McClure is seen this year, left, and in 2011 – prior to three consecutive years of drought. Mike Jensen / Merced Irrigation District 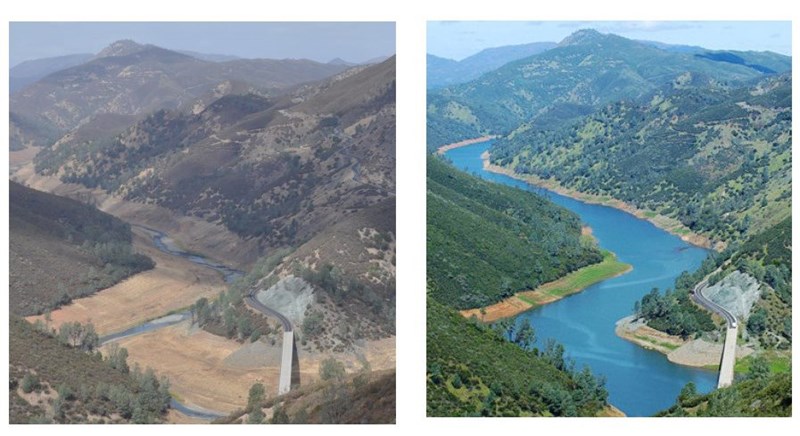