The drought in California is taking a toll on endangered winter-run juvenile Chinook salmon.

After a massive die-off last year, this year could be even worse.

The numbers are preliminary, but the winter-run of wild Chinook salmon may be even lower than last year, when fisheries officials said an estimated 5 percent reached the ocean.

Several factors undermine the run's chance for survival, including warmer river temperatures that kill the young fish, and reduced supply of cold water in reservoirs, hard hit by drought.

Official limited flows of water from Lake Shasta, and reduced water deliveries to farmers, in an effort to help the juvenile salmon by holding onto cooler water later in the season. But Yip says there was a lot less cold water compared to last year.

"We knew going into it that it was a risky plan to maintain a 57 degree temperature," says Yip. "With less cold water to work with this year, we expected temperatures to be out of control earlier if we maintained 56 degrees this year."

Yip says the final numbers on this year's run won't be released until late next month or December.

But an October 22 count showed 22 percent fewer salmon passing at the Red Bluff Dam in the Sacramento River compared to last year.

"In order to catch up to last year, approximately double the amount of fish need to come down, so that's probably not going to happen," says Yip.

He says looking ahead to the count at Red Bluff next year, water supply will be critical.

"Winter-run typically have a three-year life cycle, so we don't want three bad years," says Yip. "Last year was a bad year, this year doesn't look very good, so next year we're really going to be watching the entirety of the lifecycle of winter-run [Chinook salmon] and how we operate Lake Shasta." 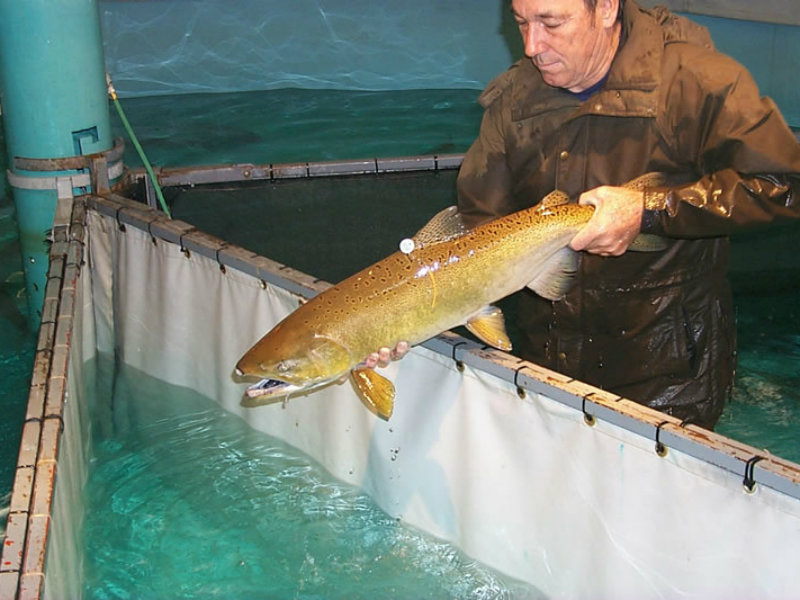