The storms that brought rain and snow to California and Nevada over the past week brought slight improvement in the drought.

But, the U.S. Drought Monitor released November 5 says with four consecutive years of drought, "this precipitation was just a start to moisten the soils in the Sierra Nevada, thus no changes were made in the Sierra."

The moderate to heavy rains (more than 2 inches) did bring some "additional dryness or drought relief in the Pacific Northwest, northern Rockies, and Sierra Nevada."

"An early-season, moisture-laden Pacific storm system brought beneficial precipitation (including snows to higher elevations) to extreme northwestern and central California, including 2-3.5 inches of precipitation to the Sierra Nevada and northeastward across west-central and northeastern Nevada," according to the monitor. 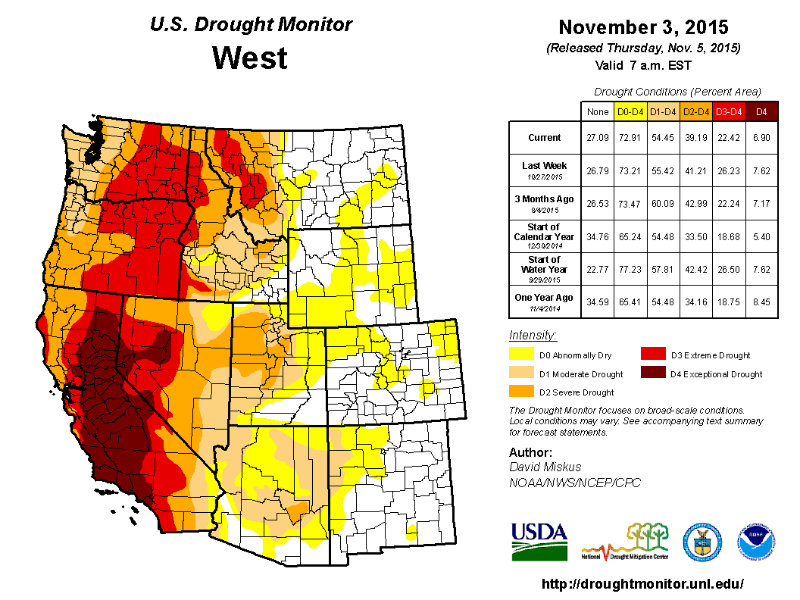 While no changes were made in the drought depiction in the Sierra, the drought "impact lines were redrawn to reflect where recent wetness has occurred (L only) versus where much-below normal short-term precipitation was recorded (SL)."

But other parts of California and Nevada did show improvement.

The report showed "the past 6 months have been unusually wet in parts of the semi-arid Great Basin (200-300% of normal precipitation, surpluses of 4-8 inches), especially in extreme eastern California (east of Sierra range) and western Nevada."

"This has led to minimal fall wildfires, decent pasture and range conditions, and adequate soil moisture," according to the report. "Although the Nevada statewide reservoir levels were still dismal (Oct. 1: at 5% capacity, normal=35%) and will require ample mountain snowpack this winter, the past 6 months wetness (from all tools) in a semi-arid environment is significant and a good start to the 2015-16 Water Year." 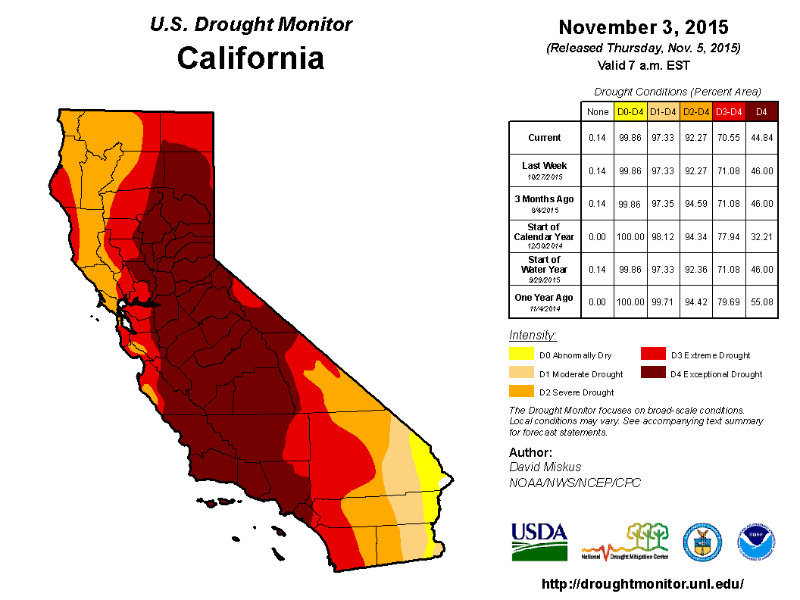 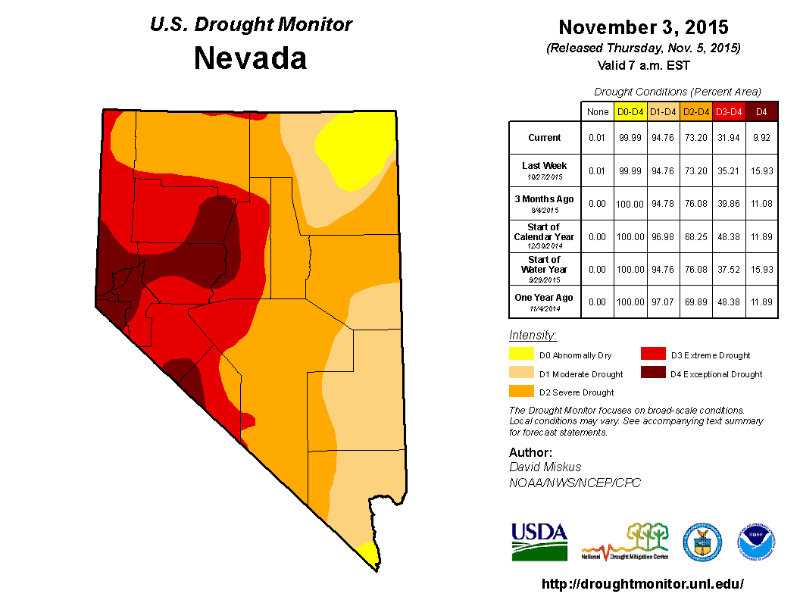 The most noticeable improvement came in the Pacific Northwest, where severe and extreme drought conditions were reduced.

Oregon and Washington remain 100 percent in moderate drought. But severe drought in Washington was reduced from 91 percent last week to 71 percent this week. 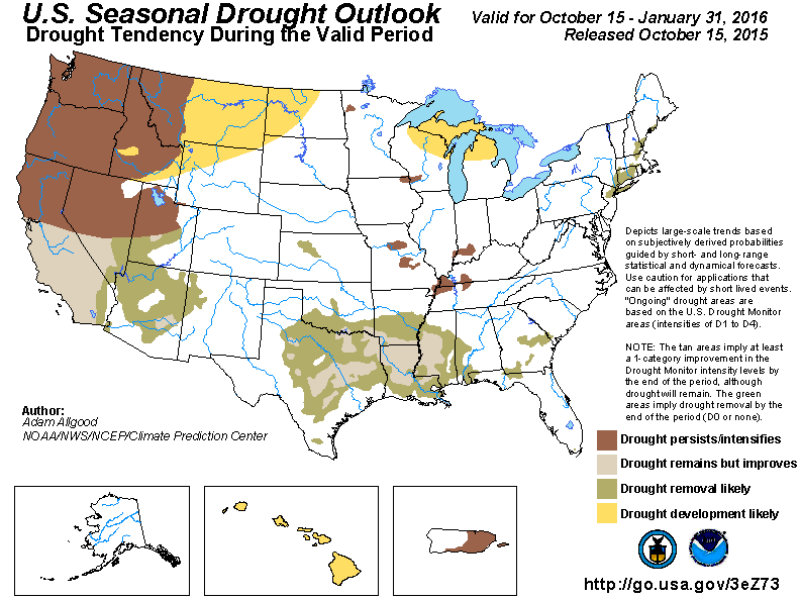 Looking ahead at the forecast for November 10-14, the monitor says "the odds favor above median precipitation in the Pacific Northwest … but below median odds are likely from central California northeastward into western North Dakota" and "below-normal temperatures are favored in the western U.S." 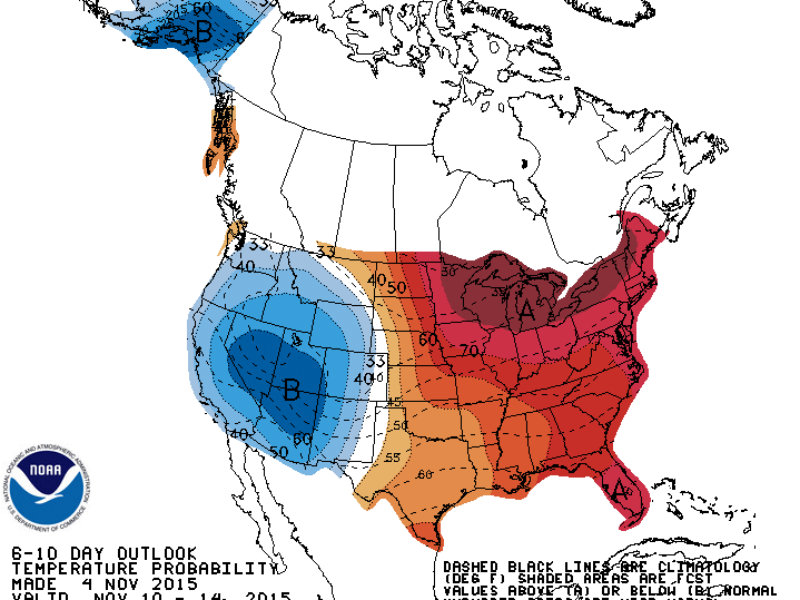