More than 2,000 California homeowners have run out of water in the drought, according to the state website that tracks such data.

But many homeowners whose wells have run dry haven’t reported it. They’re relying on water delivery companies instead.

One Nevada County company is seeing a booming business as a result.

Garrett McInnis is hooking up a hose to a hydrant on the side of a busy street in Nevada City. Water fills his 4,000 gallon pink tanker truck. “H20 to Go” is written in large letters on the side, but drivers still stare. 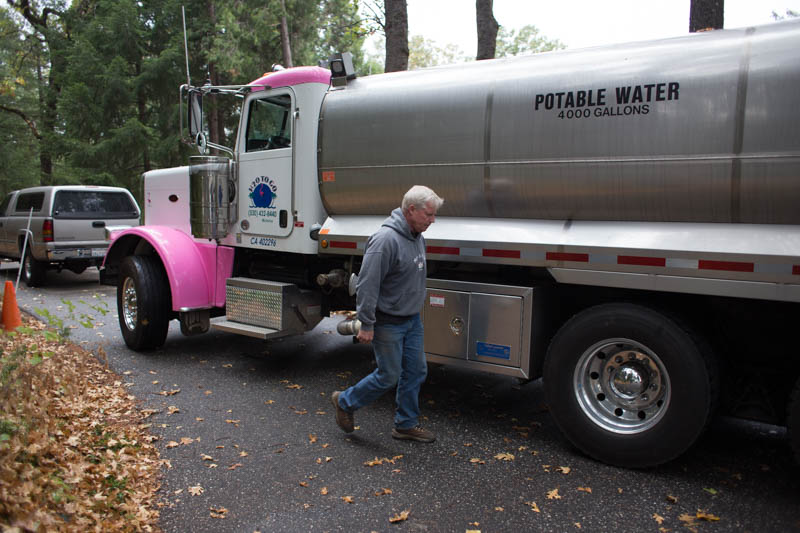 Garrett McInnis with "H2O to Go" delivers water to homeowners in Nevada County whose wells have run dry in the drought.  Andrew Nixon / Capital Public Radio

He says it's not unusual to get strange looks from people driving by.

"All the time," says McInnis. "Yeah, the first thought is 'those water trucks are stealing water,' but it’s the furthest thing from the truth.”

McInnis has owned the water hauling company since 2010. Most of his days then were spent delivering potable water to customers whose wells stopped working. Now, wells are just running dry.

“So the customer we’re going to right now, called me at 6:15 this morning," says McInnis. "You can imagine how it is to be out of water. Can’t flush the toilet. Can’t take a shower. He was real happy that we’re still on the schedule.”

McInnis says most people in rural areas in Nevada County get water from snowmelt. It seeps into fractured rock to form underground streams.

“But now with four years of no water replenishment, those streambeds that used to flow nonstop are starting to dry up.”

The first customer of the day lives on the outskirts of Grass Valley.

“He put a system in this summer," says McInnis. "He’s had a good producing well for years. This year, his well decided it just wasn’t going to be able to keep up with his demands.” 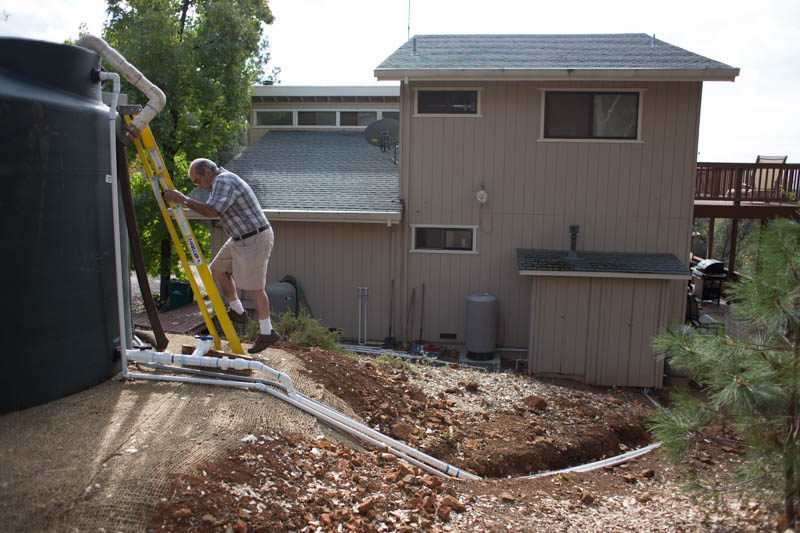 Jim Conragan of Grass Valley climbs to top of his water storage tank. He's having water delivered because the well on his property has run dry in the drought. Andrew Nixon / Capital Public Radio

McInnis backs up his truck to a 2,600 gallon water storage tank on Jim Conragan’s property. In the 17 years Conragan has lived here, he says his well has never gone dry.

“When you install a storage tank and start getting delivery of water, you find out how much water costs and how much you actually use. It makes a real difference," says Conragan.

He says the costs started adding up.

“You find out every time you flush the toilet there’s 50 cents down the drain," he says. "So you begin to realize that it’s something you took for granted." 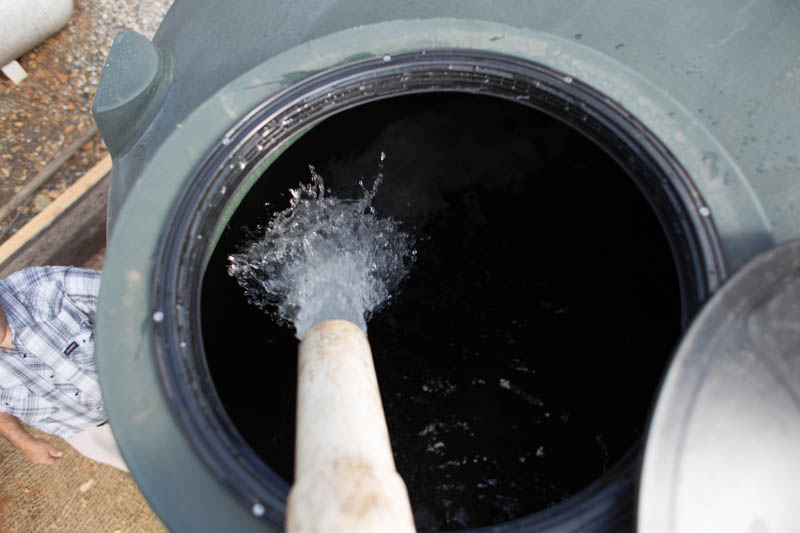 This is the third water delivery for Conragan this year.  It costs a little more than $200 each time. But Conragan says it’s cheaper and more reliable than drilling a deeper well.

McInnis says a lot of people in Nevada County are in the same situation as Conragan.

McInnis says demand is so high that he’s had to buy three new trucks since he started the business. 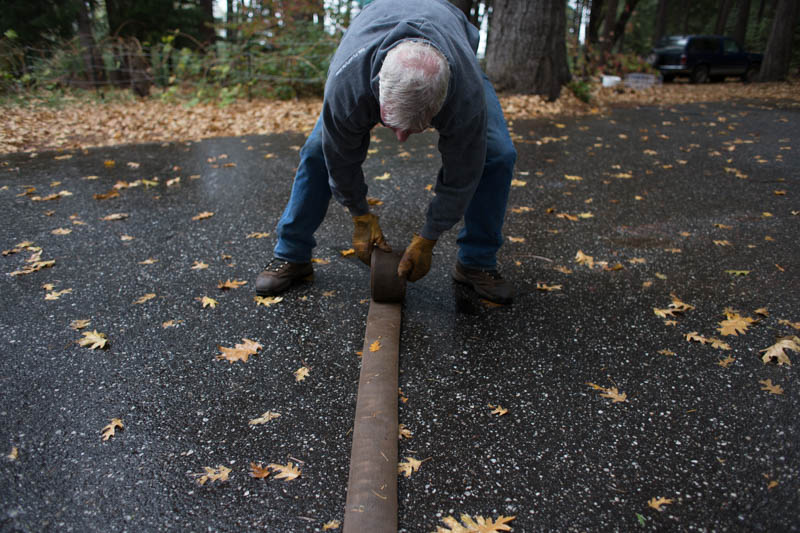 Garrett McInnis of "H2O to Go" rolls up a hose after delivering water to a customer whose well has run dry.  Andrew Nixon / Capital Public Radio

McInnis’s next customer, Bob Brennan, lives in Nevada City. He recently drilled new wells because of a tree root problem. Brennan says his wells haven’t run dry yet – but his neighbors’ wells have. Brennan says it’s a problem throughout the county.

“If I ever run out of water that’s dire, that’s trouble and it’s not cheap to bring in potable water all the time," says Brennan. "The only thing I can do is try to find another fracture and drill another well, but there are people up here that are struggling.”

Business may be booming for McInnis, but he hears from people all the time who can’t afford to buy water when their wells run dry. It’s one of the reasons he hasn’t raised his prices for customers, even though his water costs have increased every year. For now, he hopes he won’t have to.

The number of permits for new wells or to drill deeper wells in Nevada County has increased since the drought began. In fiscal year 2011-12, the county issued 121 permits, in the 2014-2015 fiscal year, it's jumped to 259.

Grants are available to qualified homeowners who have run out of water in the drought. Homeowners can call the Nevada County Environmental Health Department to find out more.