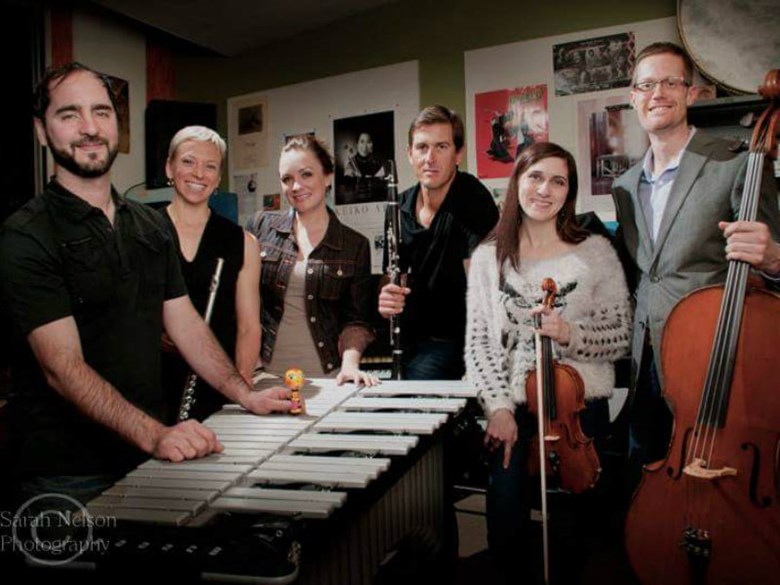 The classical ensemble Citywater has become an institution in Sacramento for their contributions to the contemporary classical scene. The four founding members came together in 2006 for a student recital and have been playing concert halls to schools with original and commissioned compositions ever since.

Cathie Apple on flute, Jennifer Reason piano, Ben Prima percussion (in this case the vibraphone), and Tim Stanley on cello came to Capital Public Radio’s Community Room for a performance and conversation.

Watch and share a video of their performance, produced by CapRadio’s Andrew Nixon: