Vanessa Hua’s novel “A River of Stars” follows the efforts of two new single mothers as they navigate life in a new country.

Vanessa Hua’s “A River of Stars” is about the privileges of citizenship and the perseverance of motherhood. It’s also about knowing how to take every advantage of a situation. The story takes place primarily in San Francisco’s Chinatown.

Perfume Bay is a maternity hotel in California, a residential facility where women come from other countries to give birth. Babies born in the U.S. are automatically citizens, and that privilege is a benefit for mother as well as child. Maternity hotels are not glamorous. They operate like processing centers, with landlords cashing in on desperate pregnant women. CapRadio’s Donna Apidone sat down with the author and journalist to find out what inspired the story.

What came first: the character or the situation?

The situation. I think often with my fiction I begin with a premise or a circumstance. The book opens in a maternity hotel in southern California, which I first heard about when I was pregnant with my own kids and living east of Los Angeles. And I began hearing in the news about these suburban homes where pregnant women were coming and going in the alleyways. The trash can was overflowing with diapers and cans of empty cans of formula. And the neighbors were baffled. Why were these Chinese women coming and going? To me it sounded like a brothel in reverse. And it turned out they were coming here so their kids could get U.S. citizenship at birth.

But since I was pregnant at the time, for me, as a woman, I knew it was one of the most vulnerable times in my life. And I wondered what it was like to be so far from friends and family and what was it about U.S. citizenship that mattered to them so much for their children's sake that would bring them here. And that is where the premise then sparked my thoughts about what kind of character would find herself in this situation and how would she get herself out of it.

Well I think in some ways, the character takes you there. So I'm not saying it's as easy as a ghost enters me and like the novel just pours out. But I do think your characters do lead you there if you set them up. The sort of the possibilities narrow, and as you establish their character, it's sort of your lead to where the novel needs to go. 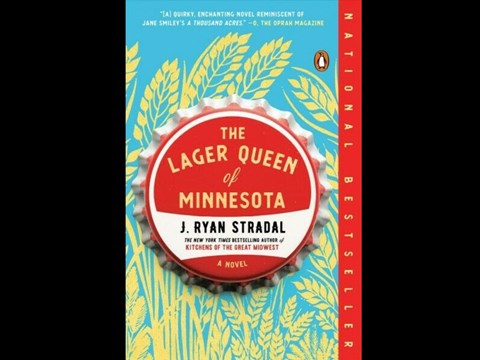