Five books worth checking out from CapRadio Reads 2021 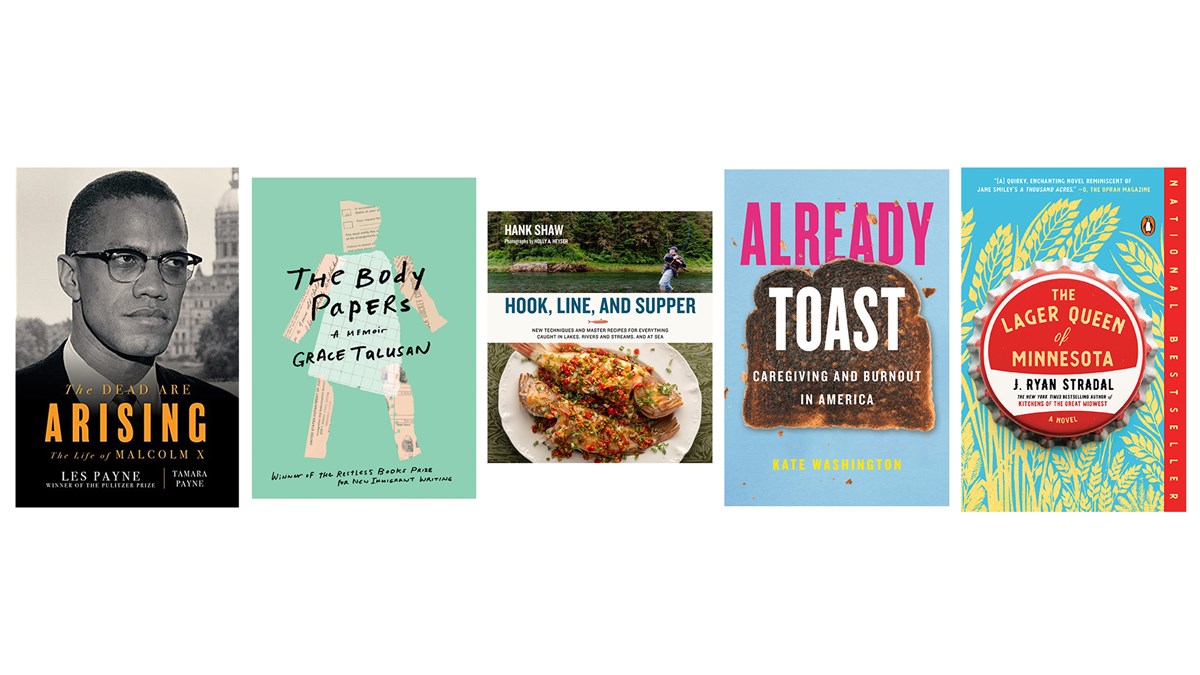 If you’re a book lover, there’s a good chance the best part about finding a story you truly love is sharing it with others. Part of the appeal of buying a new book - or checking one out at the library - is the potential of passing it on one day and creating a brand new fan (or, dare I say, a fellow book lover).

This year, CapRadio Reads discovered a dozen such fantastic stories, sharing interviews with their authors through our podcast. We heard from New York Times bestsellers, like Andrew Child, who recently took over the popular Jack Reacher series, as well as Lan Cao and Harlan Van Cao, a mother-daughter team telling the story of a young lawyer who overcame the trauma of her childhood in wartime Vietnam.

Here are our five favorites from 2021, in no particular order.

"The Dead Are Arising" - Tamara Payne

Who killed Malcolm X? Did he maintain his opinions about race and equity? Those are two of the key questions answered in the illuminating “The Dead Are Arising: The Life of Malcolm X,” by Tamara Payne and her father and co-author, journalist Les Payne. The research into Malcolm’s life and death is impressive – The Paynes even talked with witnesses to the assassination who recount the scene for a chapter of the book. They also explored some of the writings from late in Malcolm’s life, including right before he died, that show a change in his thinking.

Tamara Payne’s lifelong exploration of Malcolm X offers a fascinating read and she was an incredibly compelling guest. Her interpretations of Malcolm’s end-of-life opinions left me feeling like he was just the person we need to speak out now about the same injustices he was fighting then.

I didn’t expect “The Body Papers” to begin with guidance on how to make yogurt. The story is, after all, about sexual abuse and incest. The yogurt lesson was my first clue that Grace’s memoir is a story of hope over tragedy. She knows herself very well, and she has taken great care to be conscious of her background without being a victim. The yogurt is a hobby and analogy for healing. Grace and her remaining family members are a tight and supportive unit. The detail in the book is enough to be upsetting to some readers, yet brief enough to let us know it is the cause, not the outcome. Very little detail comes out in our conversation.

I tried to make yogurt, but failed – a few times – and as I attempted to learn from a master, Grace and I became friends.

When a pescatarian – me – interviews a hunter-gatherer – Hank – anything can happen. I am related to people who fish, but I know nothing about the process. Hank is as good a teacher as he is expert in his field. He easily shared his passion, offered some tips, and convinced me that catching my own fish might even be fun.

“Hook, Line and Supper” is suitable for all levels of fishing. It’s not a cookbook, but it does include some tasty recipes.

When couples say, “I do,” they may not fully appreciate the possibilities. Kate Washington became caretaker for her husband when he was diagnosed with a rare form of cancer. It changed everything about their family. As a nationally-known journalist, Kate dove into researching medical and social options, and then writing about them.

“Already Toast” includes memoir material, but it is more of a gift from Kate to anyone who becomes a care provider to a family member. Her writing is comforting and supportive and makes you feel less alone.

It takes a native to truly do justice to a region’s idiosyncrasies. J. Ryan Stradal has lived in southern California for years, but his long roots in Minnesota qualify him to write about the culture of his home state. Family disputes, financial success and failure, and, of course, the making of beer are explored throughout the plot of “The Lager Queen of Minnesota.” The book includes hysterical scenes and moments of great sadness, all of which tug at the hearts of readers, even those who have never visited this part of the heartland.

This was my second time interviewing Ryan, so I knew we  – and our audience – would enjoy the conversation. After discussing the story, the inspiration, the humor, and the differences between Minnesota and California, Ryan shared some very personal feelings that will resonate with many listeners: the death of his parents and the birth of his child. His take on how the transition of generations affected his perspective is a touching moment that brought a tear to both of our eyes.