Record high temperatures and a dry spell in California the past week has "renewed concerns of early snowmelt" in the Sierra and "considerable long-term" drought impacts remain.

"In the core western drought areas of California and western Nevada, dry, warm weather during the period resulted in no change to this week’s drought depiction," reports the U.S. Drought Monitor in its update released Feb. 18. "While much of the region has experienced favorable precipitation during the 2015-16 Water Year - and subsequent removal of the "S" (short-term) drought Impact Type - considerable long-term (L) impacts remain."

The weekly update also says "there are notable pockets of short-term dryness over central and southern California contributing to the long-term drought signal." 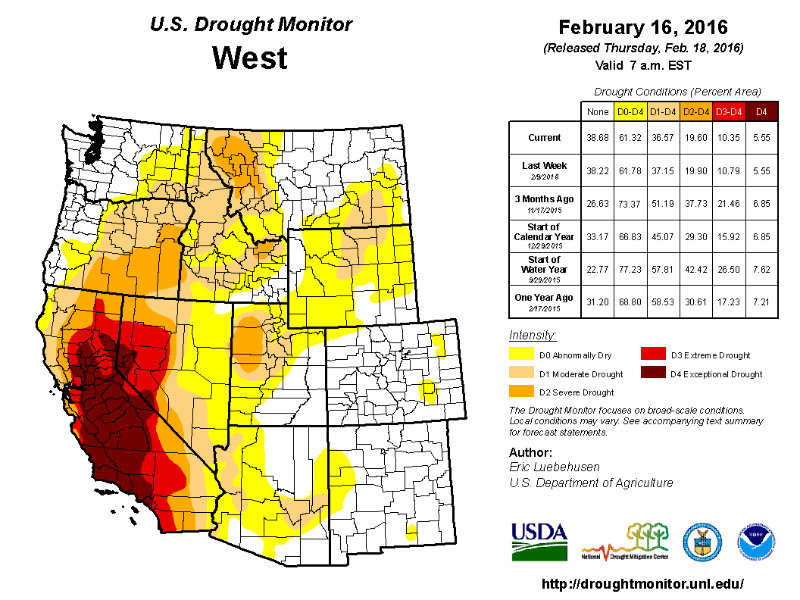 This week in California: 99.7 percent is abnormally dry, 94 percent moderate, 81 percent severe, 61 percent extreme and 38 percent is in exceptional drought. 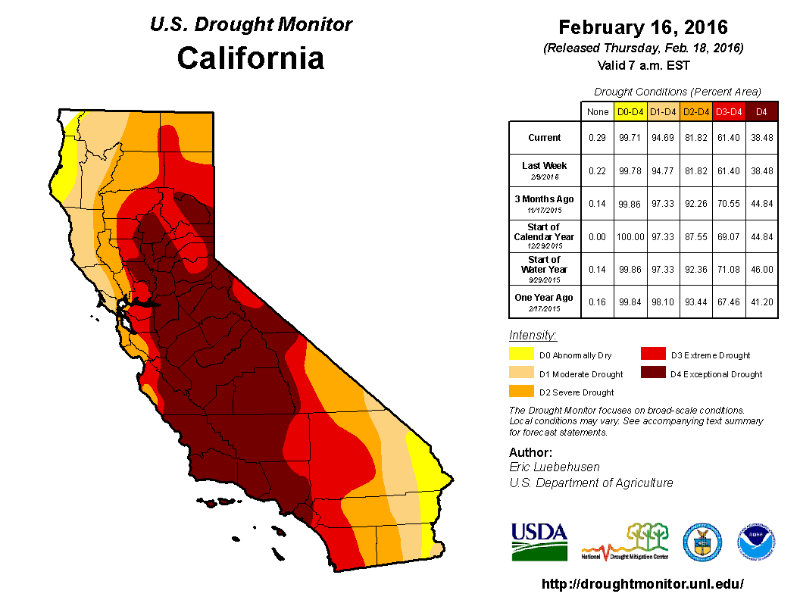 The statewide Sierra Nevada snow water equivalent (SWE) Feb. 16 (the weekly drought assessment period ends Tuesday at 7 a.m. EST) was 91 percent of normal for the date. (On Feb.18, it is 94 percent of average).

The Drought Monitor says "while current SWE in the Sierra Nevada are near to above average, most reservoirs on either side of the mountains remain well below average." 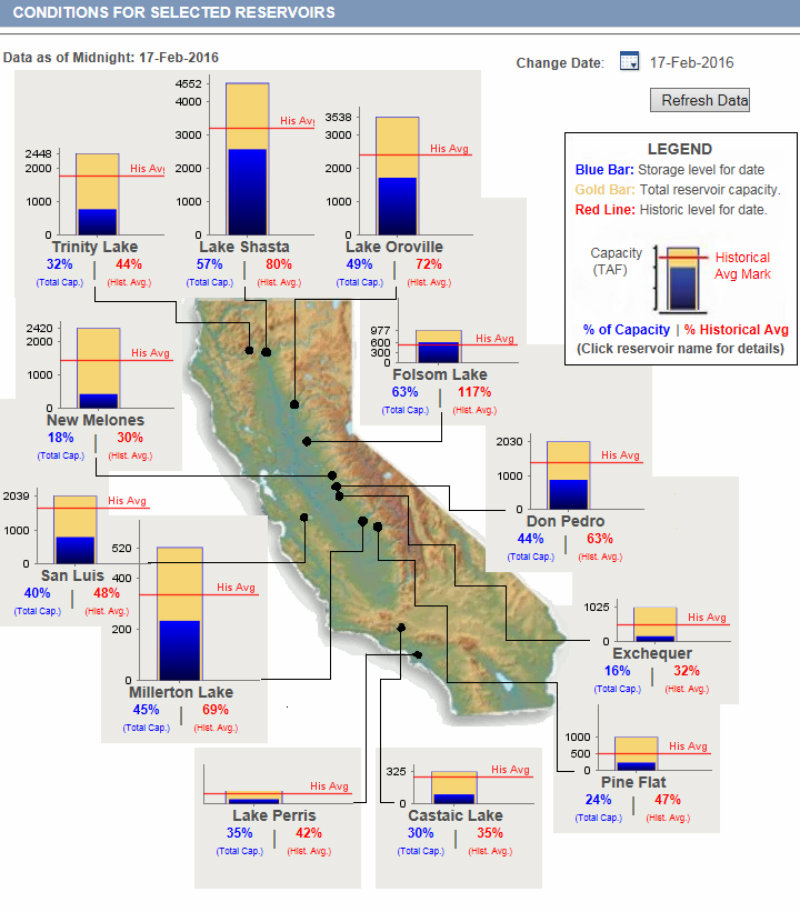 "Adding to the drought are localized areas where it has been a drier-than-normal Water Year to date; counties near and west of Sacramento have averaged 60 to 75 percent of normal precipitation since October 1, while coastal locales from Los Angeles north to Santa Barbara have reported on average 35 to 50 percent of normal rainfall during the current Water Year." 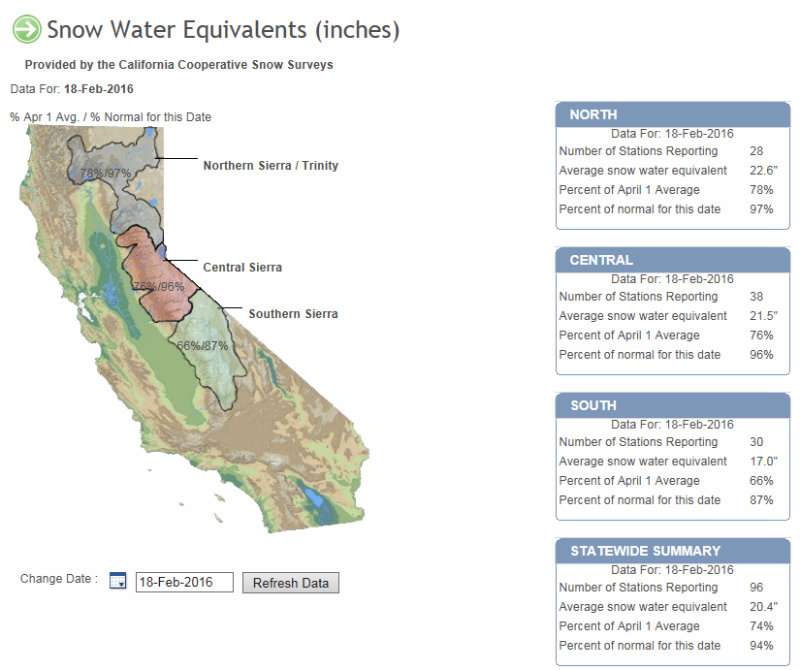 Looking ahead, the National Weather Service 6- to 10-day outlook for February 23 – 27 calls for above-normal temperatures across much of the western and central U.S., with below-normal precipitation anticipated in southern California. 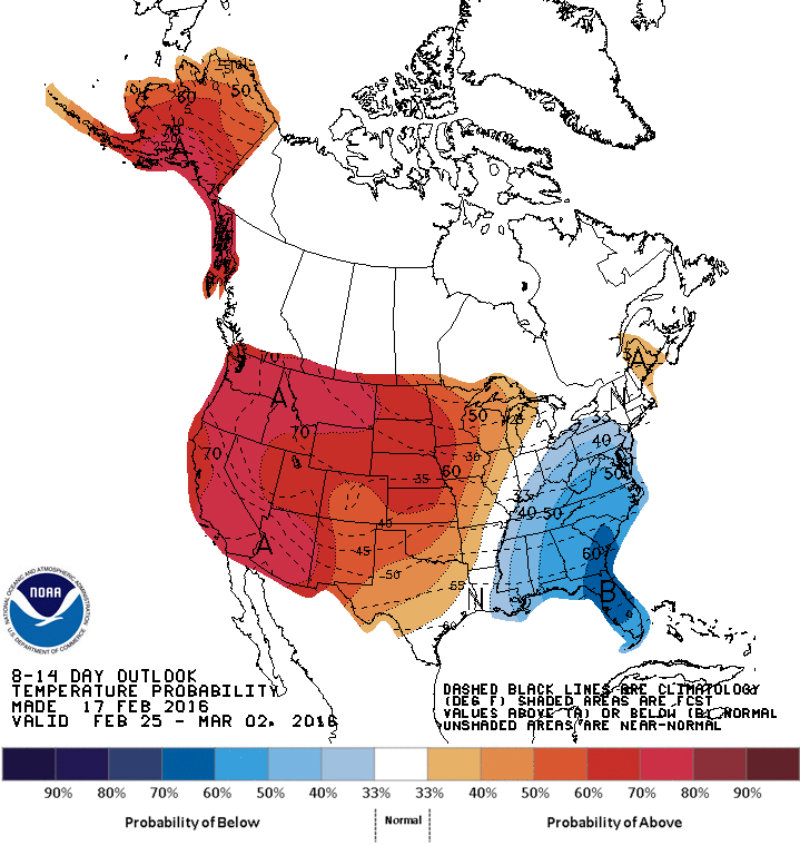 The 8- to 14-day outlook into early March also shows below-normal precipitation and above-normal temperatures for much of California. 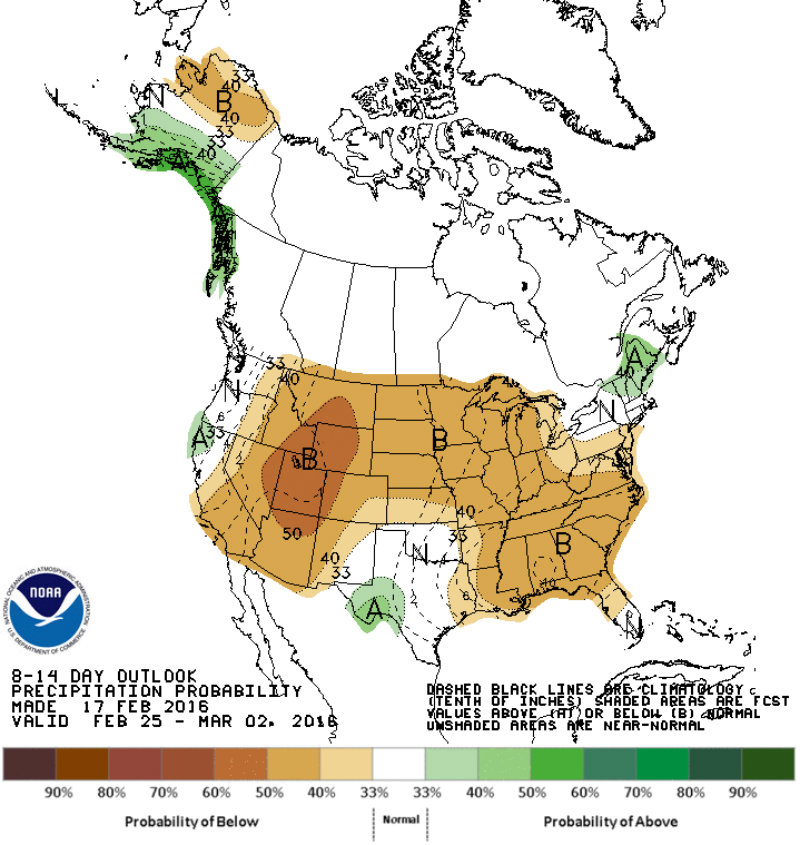