Despite recent storms, no change was made to the intensity of drought in California or Nevada over the past week, according to the U.S. Drought Monitor released November 25.

The cutoff for the report each week is 7 a.m. Tuesday, so it does not include rain and snow that fell Tuesday in California and Nevada. 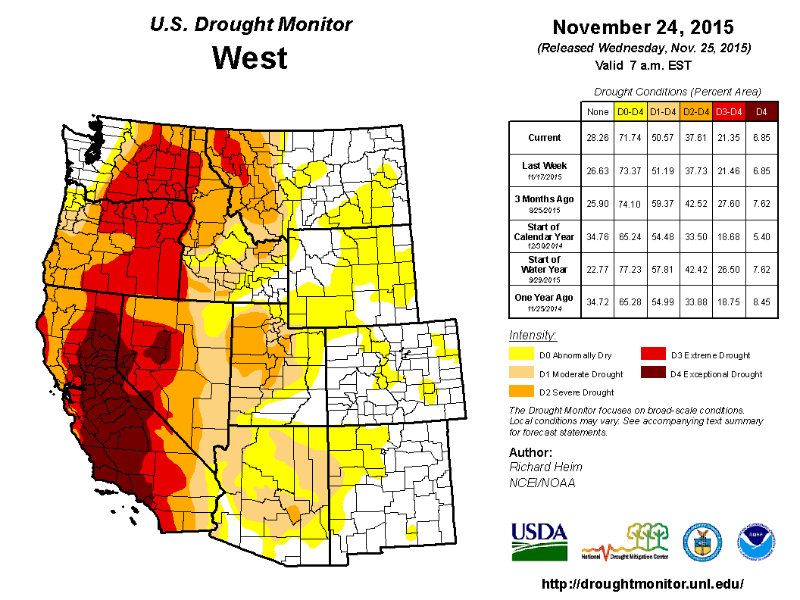 "Half an inch to an inch of precipitation fell across eastern and northern parts of Colorado, with a few tenths in northern Utah and northeast New Mexico," the weekly update noted. "But other than that, most of the Southwest received no precipitation this week."

Abnormally dry conditions were reduced in northeast Colorado, "but no change was made to the drought depiction in the rest of the [California and Great Basin] region."

California remains 97 percent in moderate drought, 92 percent in severe, 70 percent in extreme drought and nearly 45 percent is in exceptional drought. 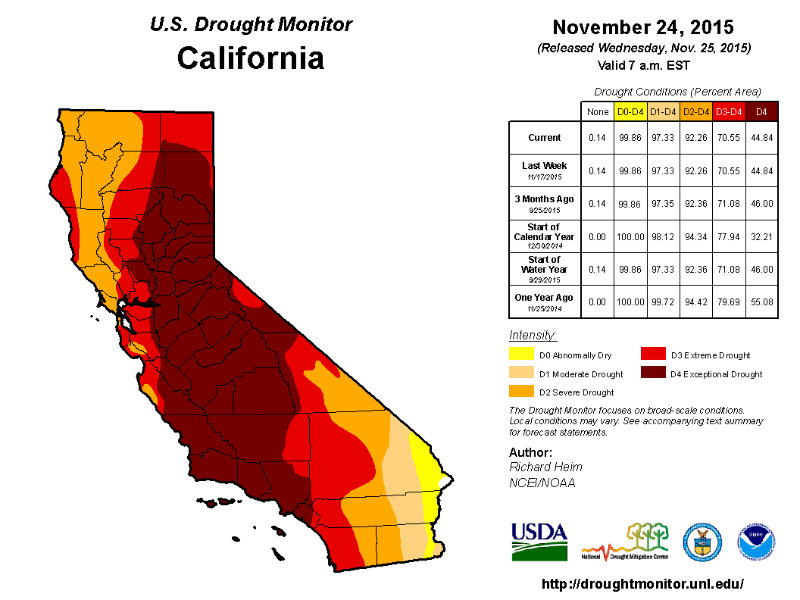 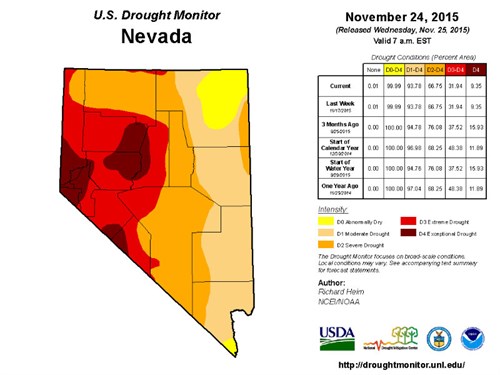 The California Department of Water Resources is expected to start measuring the Sierra snowpack in December, but it is tracking the snow water equivalent in the northern, central and southern Sierra.

As of November 25, the statewide summary of 104 stations reporting, shows the average snow water equivalent is 2.4" or 8 percent of the April 1 average. The measurement is 61 percent of normal for this date. 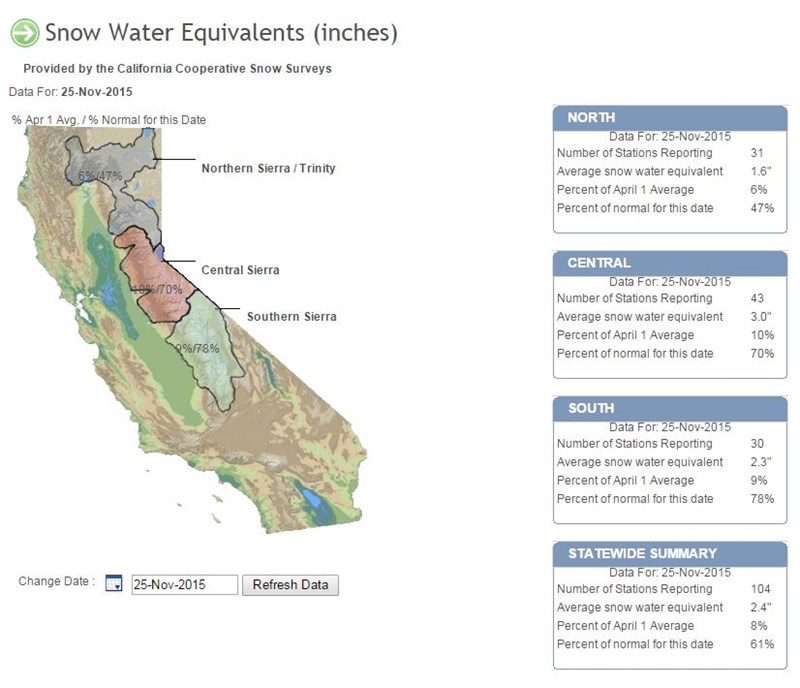 Drought Improves in Oregon and Washington

In the Pacific Northwest, recent storms have brought significant improvement in the drought for coastal Washington and northwest Oregon and improved reservoir storage.

"Two to 5 inches, and locally more, this week added to the precipitation of last week to bring two-week totals to 15-20 inches, or more, in favored upslope areas of the Northwest," the update said.

"Streams were bank full and there was flooding in many areas west of the Cascade ridge line, especially in Washington. The persistent heavy rains and swollen rivers in Washington improved reservoir levels. Seattle-Everett-Tacoma deactivated their water shortage response plans November 23 due to improving reservoirs."

The most dramatic improvement came in Washington state, where the level of moderate drought was reduced to 64 percent from 72 percent the previous week. It was 100 percent two weeks ago.

Nearly 61 percent of Washington is in severe drought and 46 percent is in extreme drought. 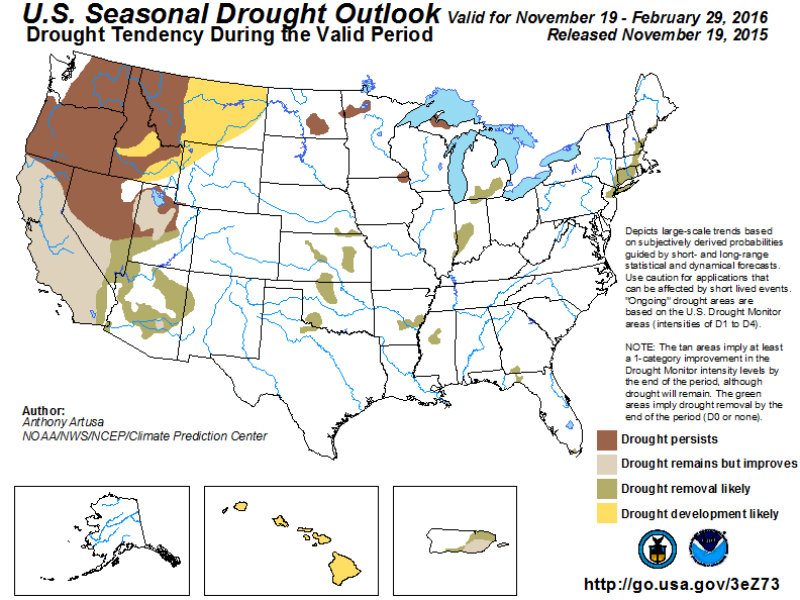