The statewide water conservation rate in April 2016 was 26.1 percent, compared to 2013, as Californians exceeded the mandatory rate.

The State Water Resources Control Board points out that 60 percent of the state remains in severe drought and groundwater basins and many reservoirs are "badly depleted as the state's drought grinds into a fifth year."

"Californians continue to demonstrate that they are serious about water conservation, which is fabulous," says State Water Board Chair Felicia Marcus. "We will be watching closely to make sure that water agencies continue to prioritize the conservation habits their customers have adopted, and don’t fall back into business as usual. In particular we expect them to continue to enforce bans on the worst types of wasteful water use, and to take a prudent approach with their water budgets." 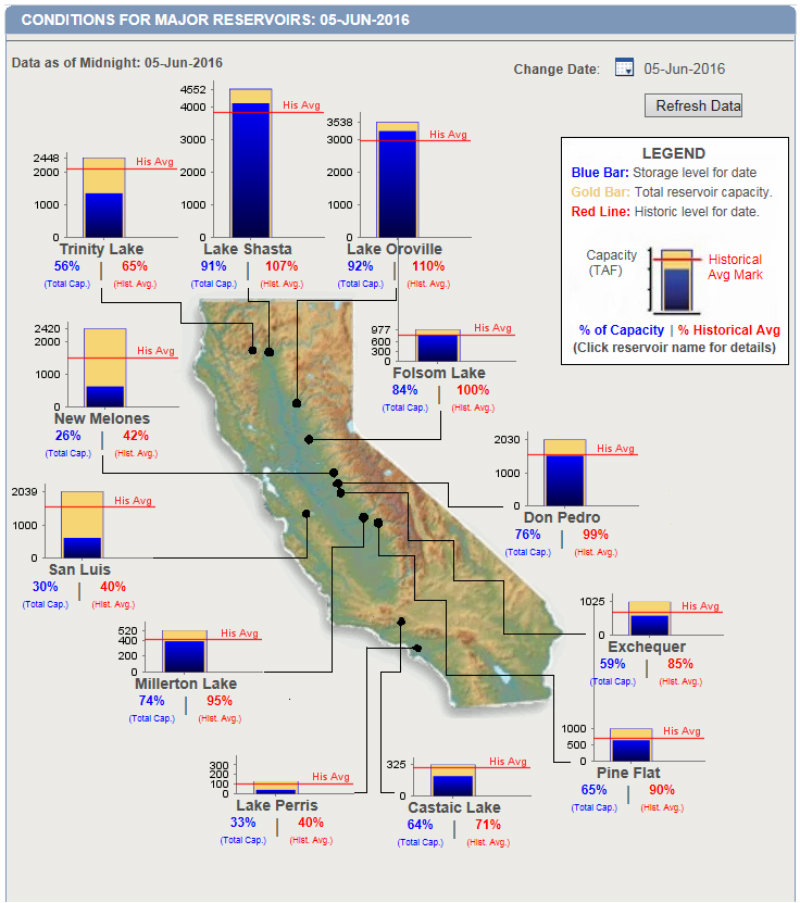 The conservation numbers are the first to be released since the state rescinded mandatory water conservation requirements.

The new regulation requires each local water supplier in California to calculate its own conservation standards for customers based on a "stress test" which took effect June 1. The new rules require the suppliers to prove they have sufficient water supplies to withstand three years of continuous drought.

A statewide ban on hosing off sidewalks and driveways continues, along with watering lawns in a way that causes runoff.

The state rules also prohibit homeowners associations or local governments from taking action against homeowners who reduce or stop watering their lawns.

While there is no drought in slightly more than 10 percent of California, nearly 94 percent of the state is abnormally-dry.

And, long-term drought persists in the central part of the California and that won't improve through the hot, dry summer.

"While El Niño didn’t bring the record precipitation predicted, it did help many communities," says Marcus. "But we don’t know what next year will bring, so we need to keep conserving. We are trying a different approach, replacing a top-down requirement with a 'show us the water’ approach that requires urban water suppliers show us, their consumers, and the public exactly what water supplies they are relying on, in concert with conservation, to be water secure for at least three more dry years on top of the four tough years we’ve already seen."

But Mother Nature was not as giving to central and southern California.

"While we’re relieved at the snow and rainfall some areas of the state got this winter and have adjusted our approach accordingly, we will be looking carefully at the data that comes in on water sources and on conservation rates and will be prepared to raise questions and to step back to a top-down requirement if necessary, in individual cases or overall," says Marcus. "Conservation must become a California way of life."