That's the amount carried into the new water year, which started October 1.

Shane Hunt with the Bureau of Reclamation says the storage total is nearly half (47 percent) of the 15-year average annual carryover.

One acre-foot is enough water to supply a typical California household of four for one year.

Hunt says the water year is starting with nearly double the water volume than the driest year, 1.5 million acre-feet, which was in 1977. 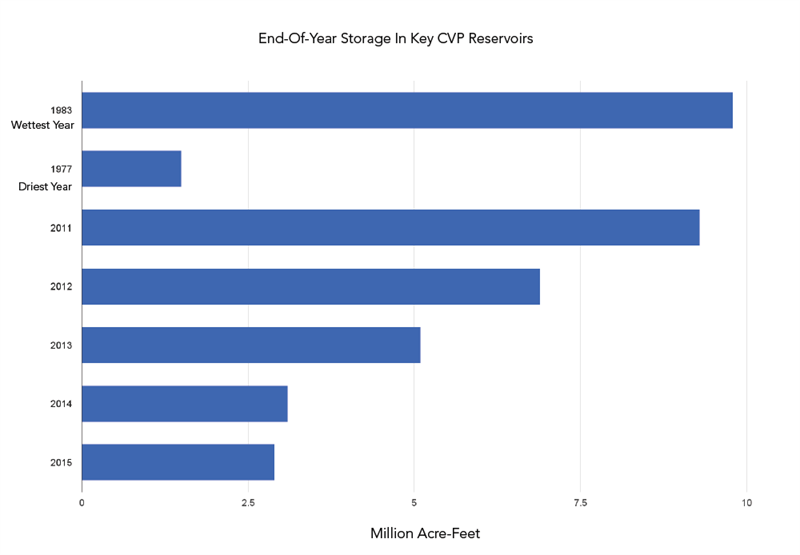 But the end-of-water-year reservoir storage has dropped every year since 2011.

"But you do see the pace of the decline has slowed over that same period also," says Hunt. "We would hope to not get down to that 1977 level."

The Central Valley Project provides water to farmers in the San Joaquin and Sacramento valleys, along the central coast, and to millions of people in the San Francisco Bay Area.

Hunt says the CVP will assess the water supply situation in January and issue its initial allocation in February. 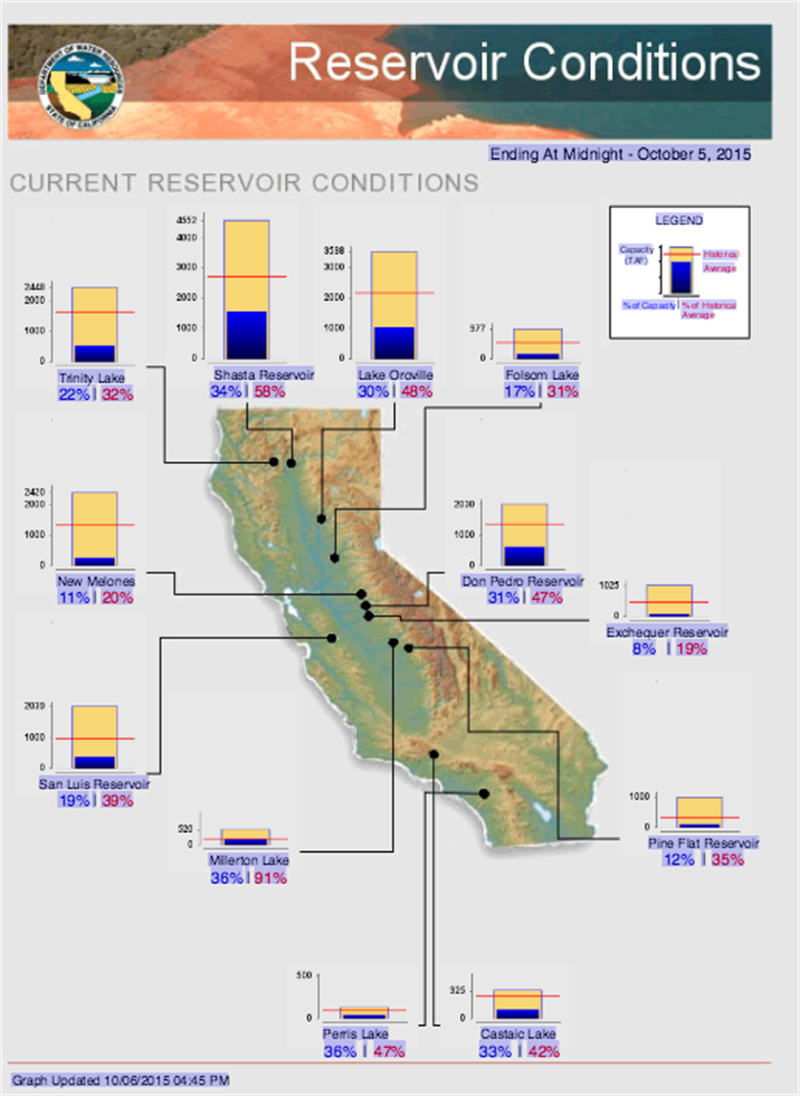