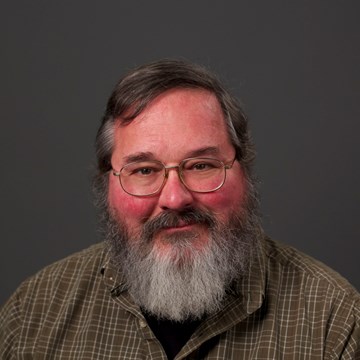 Jeff Hudson's interest in theater developed during his youth and really took off while he was attending UC Santa Barbara in the '70s. There he met playwright Tom Stoppard, Oregon Shakespeare Festival founder Angus Bowmer, and several actors who were then members of the Royal Shakespeare Company, including Patrick Stewart, Ben Kingsley and Ian Richardson. After graduation, Jeff spent several months in England, attending as many plays and concerts as possible.

Jeff got his start in radio hosting a classical/20th Century music show at NPR affiliate KUSP in Santa Cruz. In 1989, he had "front row seats" for the Loma Prieta Earthquake, riding out the temblor amidst heavy damage in downtown Watsonville. A few days later, he and his wife (then five months pregnant) received the surprising news that they would soon become the parents of twins.

During 1994, the Hudsons went to Japan for a year on a sister city exchange program, living in lettuce-growing village of Kawakami, high in the snowy mountains of Nagano Prefecture. After returning to California, the family settled in the Sacramento area, where Jeff became an arts correspondent with Capital Public Radio in 1995. A prolific free-lance writer, Jeff has also written articles for the Los Angeles Times, San Francisco Chronicle, San Jose Mercury, Sacramento Bee, Sacramento News & Review, Sierra Magazine, Comstock's Business Magazine, and many others.