The Davis Shakespeare Festival’s staging of “A Gentleman’s Guide to Love and Murder” is funny and stylish, with gloomy underpinnings.

The show is a dark musical comedy set in London a century ago. It introduces a handsome, well-mannered young man named Monty Navarro, who alas possesses very modest financial means.

Then, one day, a friend asks him if he’s ever heard of the D’Ysquith family. Monty says yes.

Miss Shingle: You’re aware, then of their position, their vast wealth and influence.

Monty Navarro: Yes, yes. What’s it got to do with me?

The friend, Miss Shingle, then discloses that Monty’s mother was a D’Ysquith who was disinherited by her cruel family. But, nonetheless, young Monty is ninth-in-line to become the Earl of Highhurst.

Thus, Monty begins arranging the “accidental” demise of the unfortunate heirs between him and the title. But he realizes that he’s just a little man, taking on a big task, which he’s reminded of in this song:

Some compare this show to Stephen Sondheim’s “Sweeney Todd,” as it is set in grim industrial London and the central character is a serial killer. But “A Gentleman’s Guide to Love and Murder” has a giddy, campy sensibility.

As Monty bumps off one relative after another, I was instead reminded of “Little Shop of Horrors,” in which a man-eating plant becomes the lynchpin in what is a very funny show. 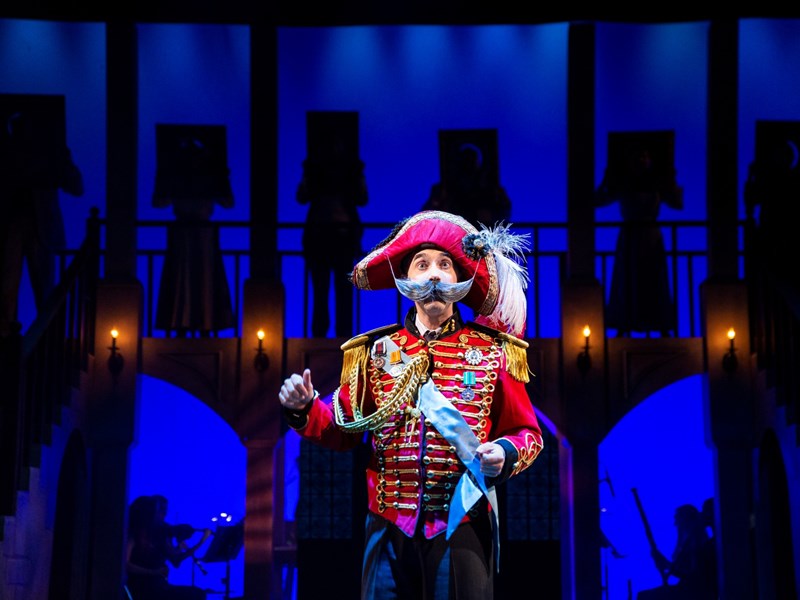 Kyle Stoner in the Davis Shakespeare Festival’s "A Gentleman’s Guide To Love And Murder."Photo by Yarcenia Garcia

Davis Shakespeare’s production of “A Gentleman’s Guide to Love and Murder” continues at the Veterans Memorial Theatre in Davis through Aug. 4.