Shakespeare’s "The Taming of the Shrew" — a battle-of-the-sexes comedy — has been going in and out of fashion for centuries, as attitudes about marriage have changed. This summer, the Lake Tahoe Shakespeare Festival has a female director at the helm of this sometimes controversial play, and she’s come up with a worthy interpretation.

The play was a pop culture crossover from the 1940s into the 1970s. Cole Porter adapted it on Broadway as "Kiss Me, Kate." Elizabeth Taylor and Richard Burton, a tempestuous pair in real life, did a movie. Shakespeare festivals responded with productions of the original.

But after recent Me Too revelations, many male directors have become reluctant to take on this particular Shakespeare script, in which men try to dominate women completely.

So the Tahoe Shakespeare Fest turned to director Sara Bruner, who played the headstrong Kate — the Shrew in the title — eight years ago. Bruner’s production initially looks traditional, right down to the pumpkin breeches on the men. And when Petruchio declares he’ll marry Kate — for her father’s money — he sounds like an army general planning a battle.

Kate howls and protests, but a funny thing happens on the way to the altar. Director Bruner’s take is that Petruchio and Kate are both mavericks in the extreme — and they begin to appreciate each other’s unconventional style. Bruner also injects gender fluidity by casting women in two roles typically played by men. The change is not far-fetched — there are similar gender switches in other Shakespeare comedies — and the inversion puts this production into a slightly different context. 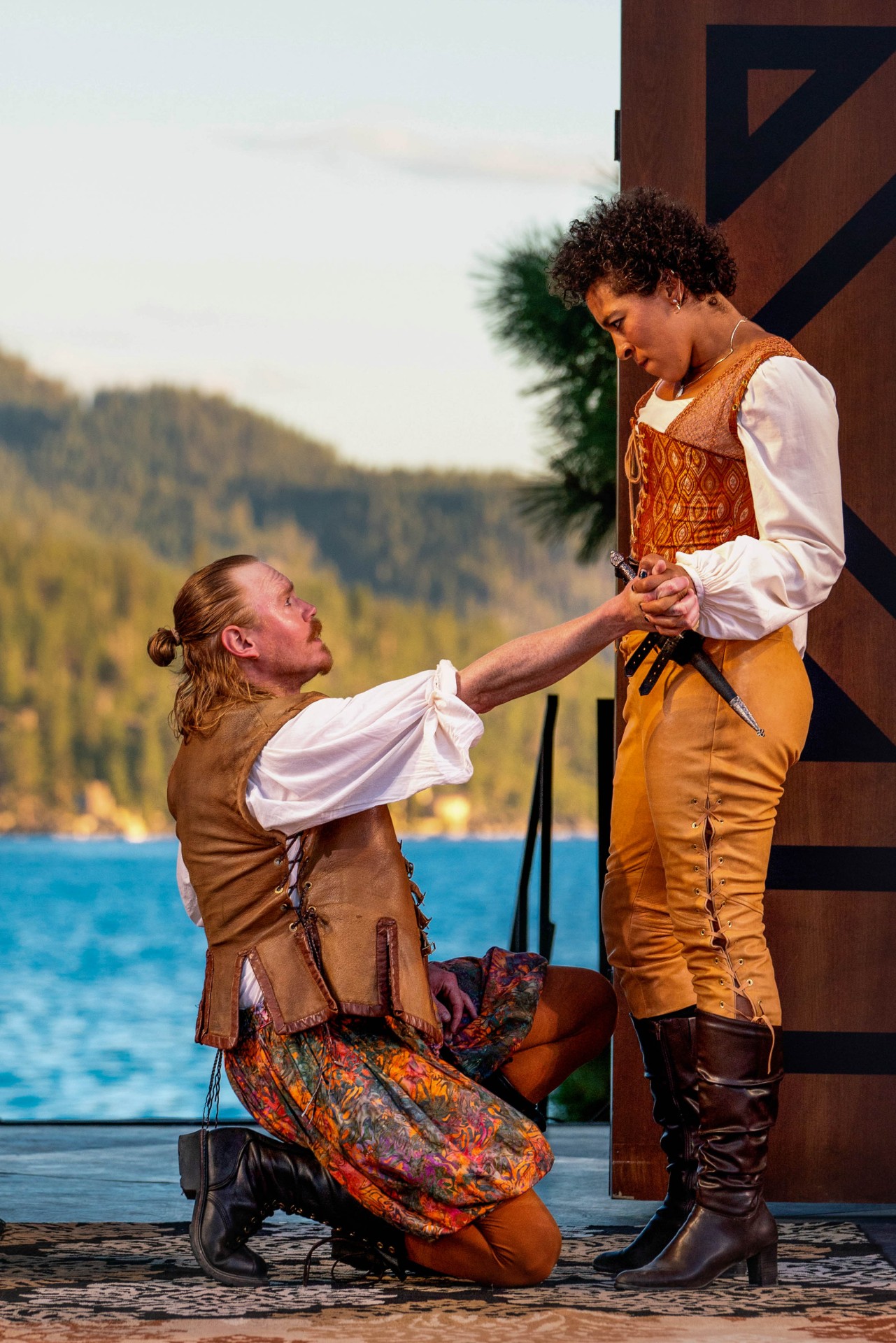 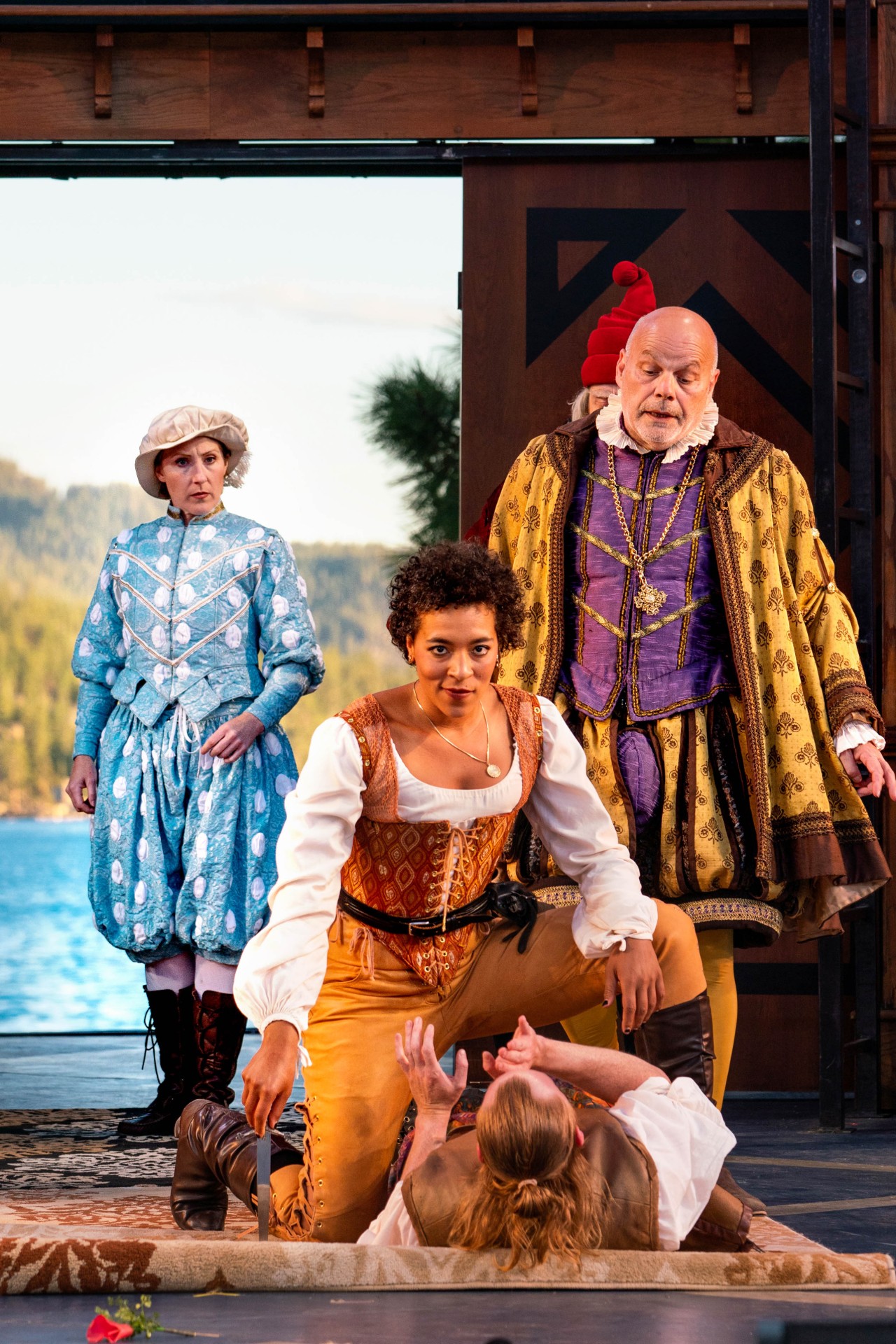 Katherine and Petruchio share a sweet moment (left) and spar (right) in the Lake Tahoe Shakespeare Festival's production of "The Taming of the Shrew." Photos by Joy Strotz

Ultimately, this battle of the sexes ends as something of a draw, with the audience left to reach their own conclusions about who’s been taming who. And since contemporary relationships between men and women are probably as challenging now as they were in Shakespeare’s day, this venerable old story still has relevance and appeal, even if you’re put off by Shakespeare’s ending.

Bruner has come up with her own funny, feisty interpretation of this classic, which is largely faithful to the text, and it’s well worth checking out.

Lake Tahoe Shakespeare’s production of "The Taming of the Shrew" continues at the Sand Harbor in Lake Tahoe Nevada State Park, just south of Incline Village, through August 25. Find more at LakeTahoeShakespeare.com. 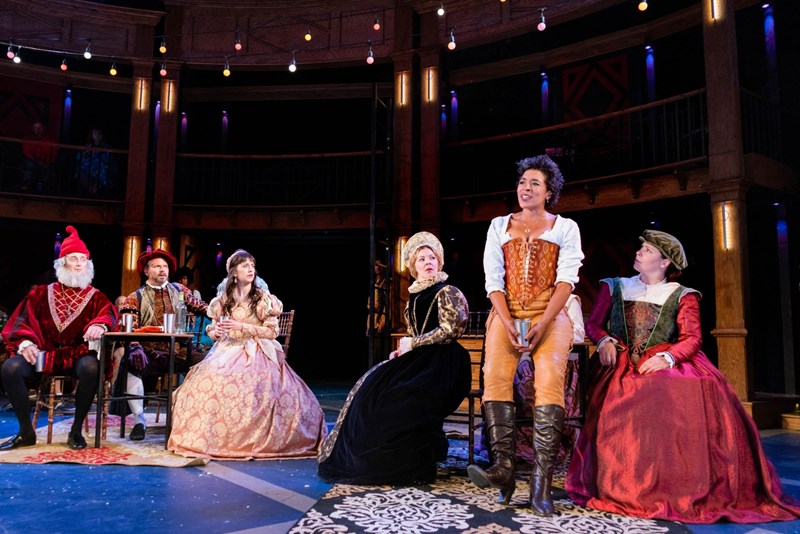 Katherine (actor, Jessika D. Williams, standing) shares her thoughts on love as the others look on (actors, Jeffrey C. Hawkins, Mic Matarrese, Mandie Jenson, Erin Partin, Sara Griffin, left to right) in "The Taming of the Shrew."Photo by Joy Strotz
Follow us for more stories like this