The Davis Shakespeare Festival is staging a very impressive summer show with “The Tenth Muse,” a drama set in colonial Mexico in the 1700s and featuring an all-female cast.

The script was commissioned by the Oregon Shakespeare Festival, and Davis Shakespeare is the first to perform it here.

This unusual story is set in a convent that was at one time famous as a center of learning. But when a chatty servant, Jesusa, arrives with a letter of introduction from a mother superior at another convent, she quickly learns that things have changed.

Jesusa: She said she visited once, decades ago, and was witness to readings and musical performances … she said there was a library here, bigger than any other in the New World.

Mother Superior (coldly): Who told you these lies?

Jesusa: Mother Petracenia always spoke of this convent with fondness.

Mother Superior: Well, the place she remembers… is no more

The convent’s library was put together by a remarkable nun, Sor Juana Inés de la Cruz, who was the author of poetry, plays and music.

Sor Juana’s independent thinking and strong advocacy for educating women got her in trouble with church authorities. She died of the plague at age 46, 20 years before the events of the play, but her intellectual reputation overs over the story throughout.

Soon after Jesusa’s arrival, she and her roommates make a remarkable discovery — a trove of Sor Juana’s writings hidden in an old cabinet, including sheet music and a full-length play. 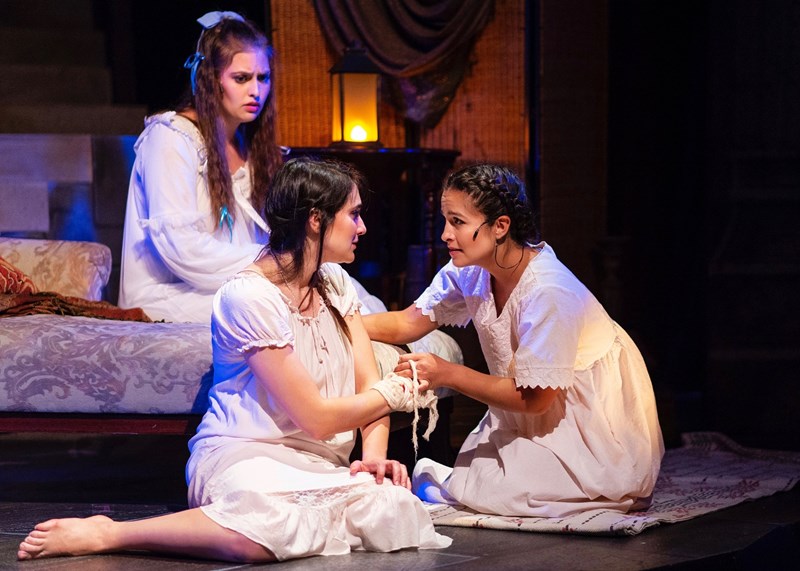 Soon, Jesusa and her roommates are secretly rehearsing the play they’ve uncovered, donning breeches to play the male roles and giggling with delight as they do so.

Manuela (Jesusa’s roommate): No no no, on the stage, the gestures must be grand! “Oh, My Dear Celia!”

Manuela. Very good. But wait, who will be Doña Leonore?

Tomasita: I will not be this Doña Leonore!

Manuela: But you must, and you will!

Tomasita: I am no lady!

Manuela: Of course not. This is a play, we are merely pretending. I am clearly not a servant, and Jesusa can never be a lady in the real world, she’s a half-breed orphan with no fortune. But this is a play! So anything is possible.

Tomasita: I don’t want to play…

“Anything is possible.” Those three little words are incredibly dangerous, since the Spanish Inquisition was terrorizing colonial Mexico during the time the play is set. Inquisitors were cracking down on those whose ideas got out of line and executing heretics.

This play is one that lingers in your mind long after you’ve left the theater. The Davis Shakespeare Festival, which gets bigger and better with each new season, is once again advancing its reputation for presenting beautifully mounted productions of worthy plays that no one else in the region is staging.

If you haven’t seen any of the company’s productions yet, “The Tenth Muse” is a great place to start.

Davis Shakespeare’s production of “The Tenth Muse” continues at the Veterans Memorial Theatre in Davis through Aug. 3. 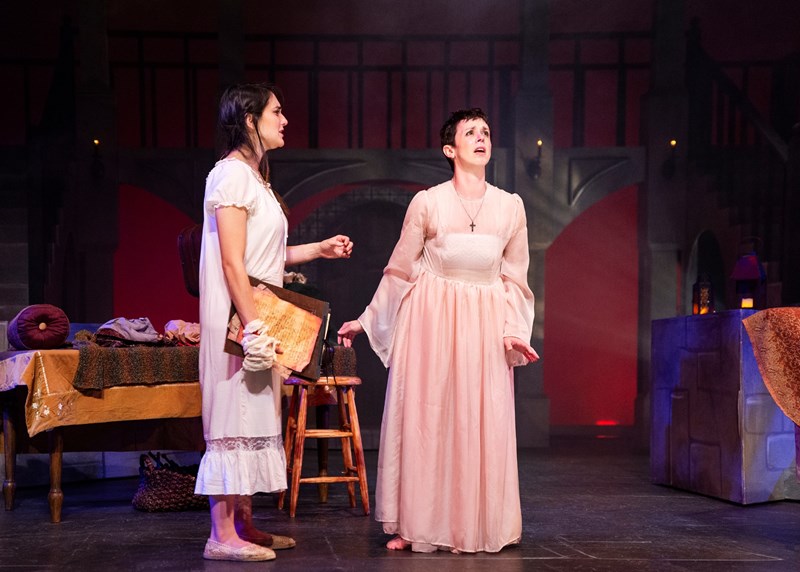