CHP officers guard the Capitol steps during a demonstration on Friday, May 1, 2020.

Is the California State Capitol safe from potential rioters? Several law enforcement officials and lawmakers say they believe so.

But the violent breach of the U.S. Capitol by pro-Trump extremists in Washington D.C. — along with weekly protests near the Capitol in Sacramento, which have seen violent clashes between far-right groups and counter-protesters — raises difficult questions about whether the state building is vulnerable to a similar attack.

The California Highway Patrol provides security at the Capitol. CHP officers patrol the 40-acre grounds by foot, horseback, car and bicycle. They are responsible for crowd control during rallies and work in tandem with local law enforcement officials to maintain order during the events.

The agency declined interview requests to discuss how it would ensure safety at the state Capitol following the Washington D.C. riots.

In a written statement, CHP spokesperson Fran Clader said the agency had officers ready to respond to protect safety and property on Wednesday when Trump supporters protested just outside the west steps of the Capitol, leading to confrontations with officers and some counter demonstrators. While demonstrators did not attempt to break into the building in Sacramento, members of the far-right group the Proud Boys and other Trump supporters fought with counter-protesters.

And it’s not just happening in Washington D.C. and California. Nor is it a new occurrence. Backers of the president gathered at state Capitols across the country this week, causing police to escort some state officials to safety. Earlier this year, armed pro-Trump militia members took over the state Capitol in Michigan to protest Gov. Gretchen Witmer’s COVID-19-related restrictions.

“I would tell people they’re safe” near the state Capitol, Moffat said. 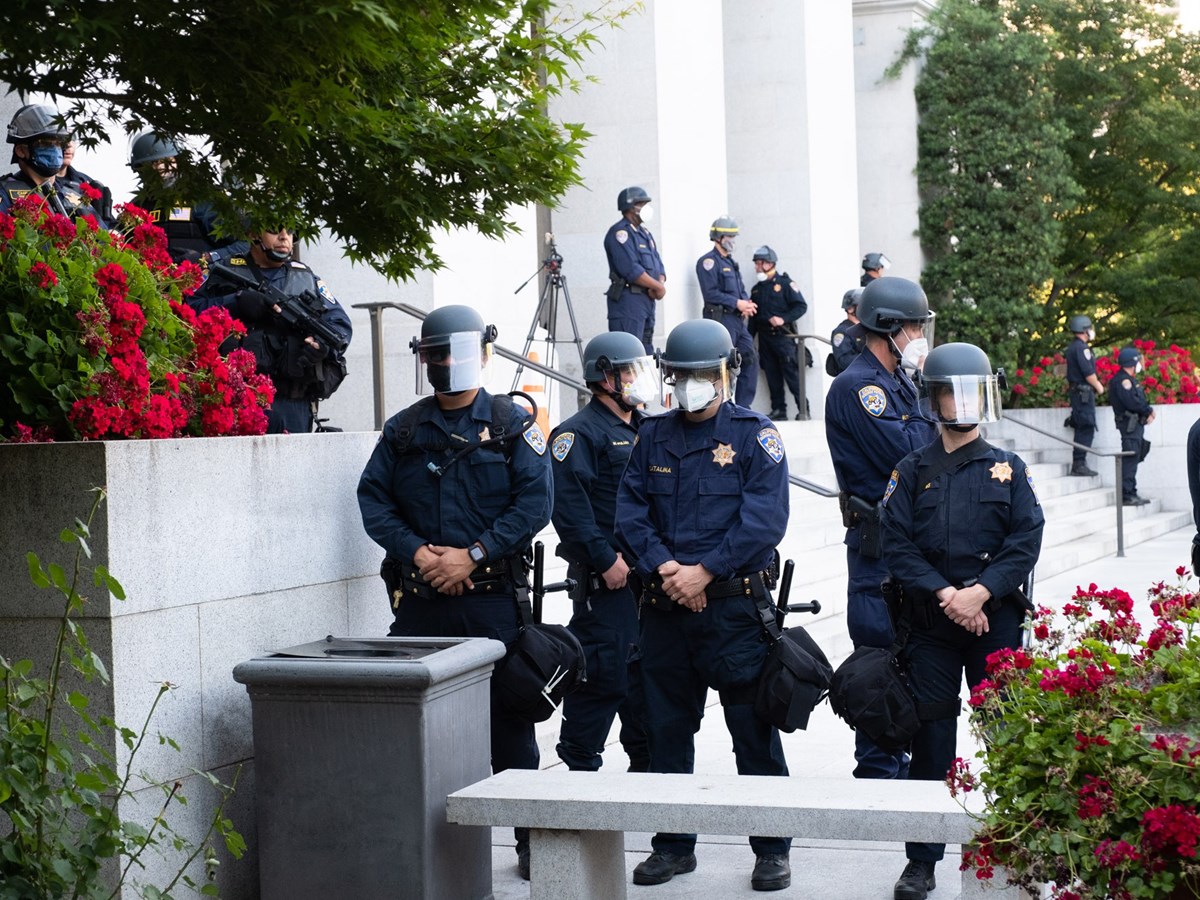 “Every time that I have been to the Capitol in recent years, they seem to have a good security system,” said Steinberg, who served as President Pro Tem of the California State Senate from 2008 to 2014. “But I’m sure that everybody, in the wake of what happened, is taking a second look to make sure that never happens here.”

Retired CHP Commissioner Spike Helmick oversaw security at the State Capitol for a decade. He told CBS Sacramento he expects the riots in D.C. will lead to a security review and new safety measures at the state Capitol.

“Maybe this is a good wake up call,” he told the TV station.

The granite-domed building has been the site of numerous attacks and violent protests.

Here is a rundown of high-profile incidents:

State Sen. Bob Hertzberg (D – Los Angeles), who was then the assembly speaker in 2001, was inside of the Capitol when Bowers drove his 18-wheeler into the building.

“We were debating this energy crisis bill, and all of a sudden the chandeliers are shaking and the CHP comes running in,” Hertzberg recalled.

The attack spurred security upgrades within and around the building, including the addition of bullet-proof guard stations, stopping traffic from passing under the building, and adding barriers to prevent another vehicle attack.

Herzberg said while the changes may help prevent an attack by vehicle, he conceded the building might be vulnerable to being overrun by a mob on foot, as the ground floor windows are not bullet-proof.

Need To Call Out White Supremacists

He said law enforcement must do a better job preparing for, and calling out, violence by white supremacist and far-right groups such as the Proud Boys, which Moffatt described as “a domestic terrorist organization.”

White Supremacy, The West Coast And The Election

Instead, Moffat said police have been slow to push back when white supremacists break the law, just as they were slow to respond to the Ku Klux Klan decades ago.

“You can’t just sit there and say, ‘Well, they’re not a big deal,’” Moffat added. “They are a big deal. Because I don’t want anyone in my family getting harmed.” 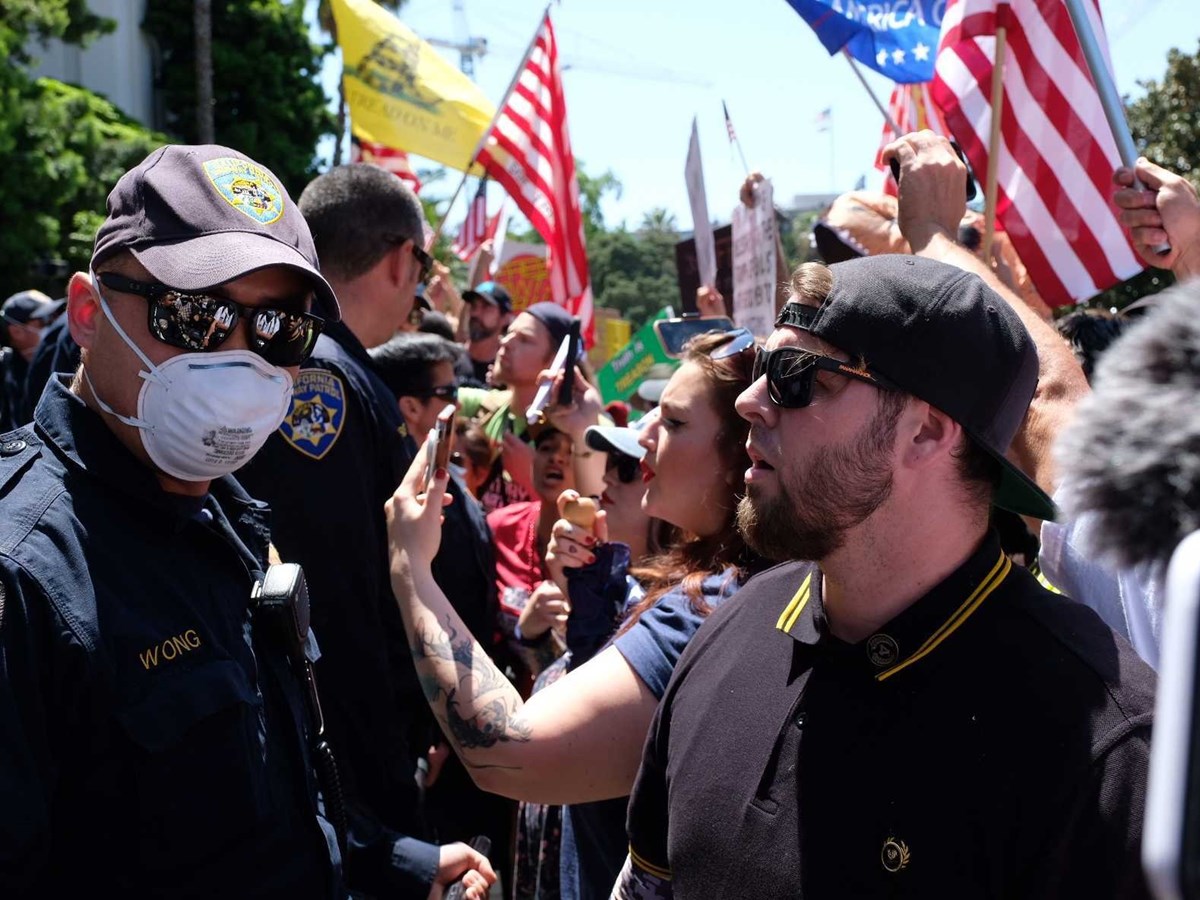 People gathered at the California Capitol to protest the state's stay-at-home order to prevent the spread of COVID-19 on Friday, May 1, 2020.Andrew Nixon / CapRadio

He said the most dangerous strategy is to allow extremists to break the law without consequences, as happened in the nation’s capital this week.

Several dozen people were arrested during and after the riots, though hundreds stormed the building. One person who broke in was shot and killed by police, while three others died of medical emergencies, based on news reports.

A U.S. Capitol Police officer died Thursday from injuries sustained in the attack, according to an NPR report.

The mob of people invaded the House and Senate chambers, drove members of Congress into hiding, attacked police "with metal pipes, discharged chemical irritants, and took up other weapons against our officers," U.S. Capitol Police confirmed.

From watching the violence on TV, Moffatt said most who breached the Capitol seemed to do so with impunity.

“Trends occur immediately now. That same thing can happen in my neighborhood,” Moffat said. “And someone could say, ‘They did it. I can do the same thing.’ And I don’t want to see those kind of things happen.”