Homeless Sacramento County Residents Who Died In 2020 Remembered At Vigil

These are the names of some of the 90-plus people who died on the streets and in homeless shelters in Sacramento County in 2020.

The event was part of National Homeless Memorial Day, which is recognized in cities across California where hundreds of unhoused people succumb each year to substance abuse, heart disease, violent injuries and sometimes hypothermia. The memorials are held annually on the winter solstice, the longest night of the year.

“So many homeless people are invisible to the housed community and to elected officials,” said Bob Erlenbusch, executive director of the Sacramento Regional Coalition to End Homelessness, which helped organize the vigil. “This is a way to remember our unhoused brothers and sisters that we lost this year.”

At the Sacramento memorial, Faye Wilson Kennedy remembered 56-year-old Vannesa Franklin, who died in February after spending years living in one of the city’s many tent encampments.

“I got to know her and then invited her to get involved with us at the library on Stockton Boulevard,” said Kennedy, co-chair of the Sacramento Poor People’s Campaign. “We would do family game night and sometimes she would come volunteer, interact with the children, help us serve snacks.” 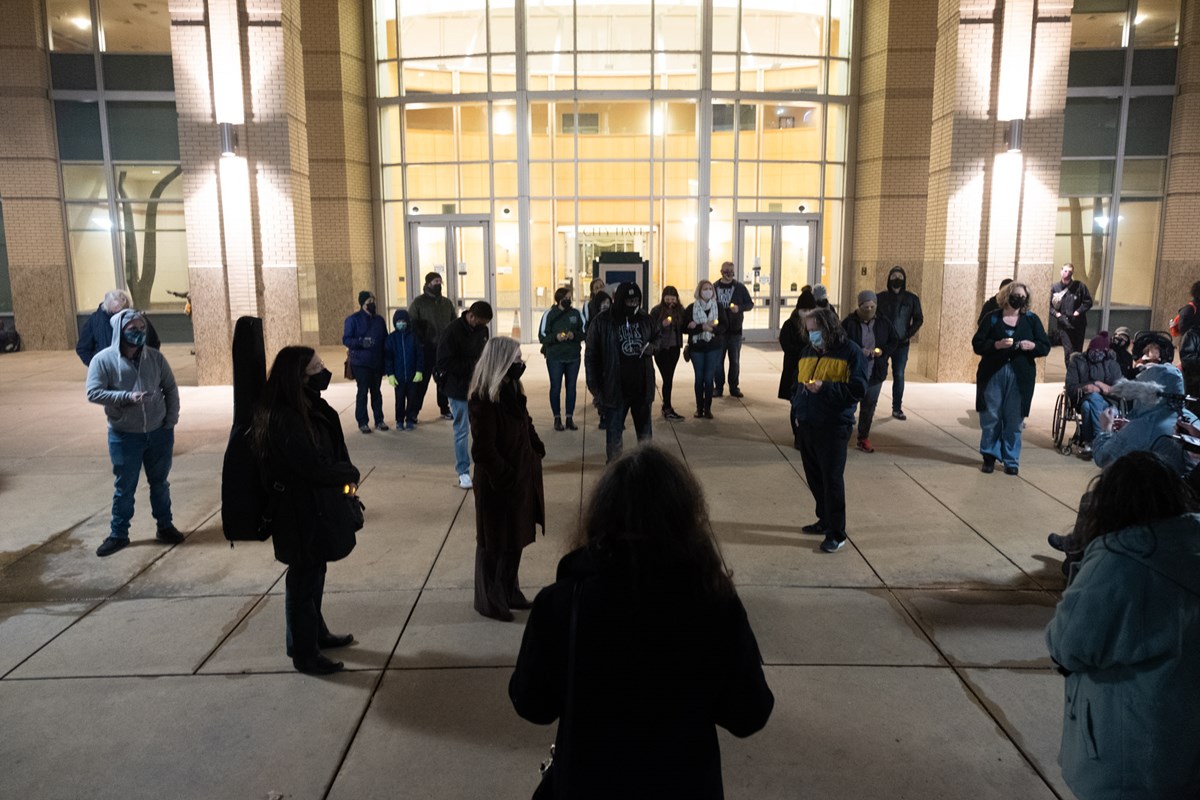 People read out 90 names of unhoused people who have died in Sacramento in 2020 at a memorial at City Hall, Dec. 21, 2020.Andrew Nixon / CapRadio

Seated on a bench near the event, Bernie, a 61-year-old homeless man who gave only his first name, said he can’t pay for an apartment.

“The problem is affordable housing,” he said. “Don’t say it's affordable if it ain’t affordable because it is not. That is the key.”

Before becoming homeless, Bernie said he was a member of the Teamsters union and worked in Sacramento’s warehouses and canneries.

The announcement followed persistent calls for reform from those who work with the unhoused. It also comes after the death last month of Gregory Tarola, 63, a homeless Sacramento man who advocates believe froze to death on a sidewalk in the River District.

Erlenbusch said the number of people experiencing homelessness who have died in 2020 is greater than the 90 names read on Monday night. He said the preliminary number was provided by the Sacramento County Coroner’s Office for individuals whose next of kin had been notified.

“There will be more names,” Erlenbusch said, noting his organization publishes a report every August on all the deaths from the previous year.

In 2019, 138 unhoused people died in the county, according to the coalition’s report. The year before, that figure was 132 deaths.

“Our policies of cutting mental health services, not having enough affordable housing, not having enough shelter, they’re not victimless policies,” Tim Brown, who serves as board president of the Sacramento Coalition to End Homelessness, told attendees at the vigil.