‘It Is Inhumane’: Advocates For Sacramento Homeless Say Criteria For Opening Warming Centers Must Change 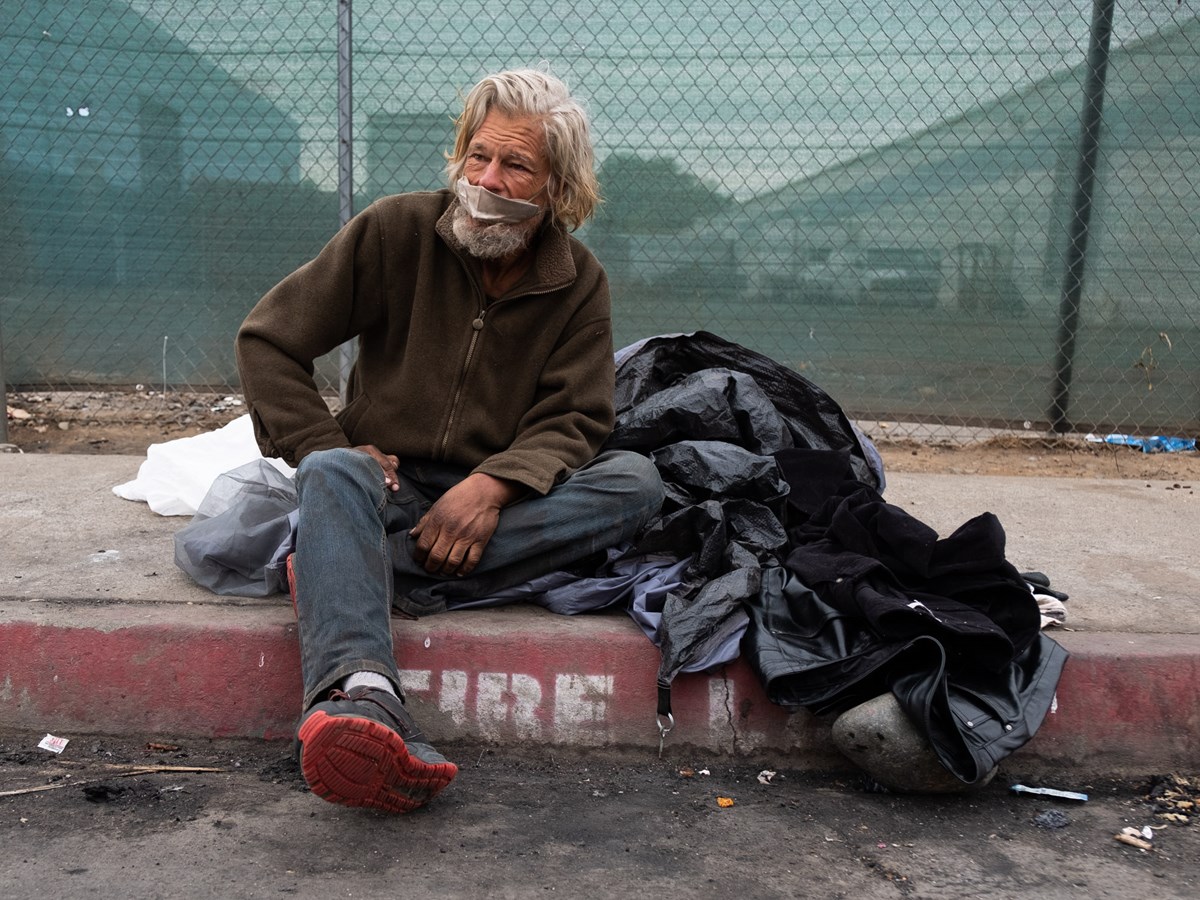 Update, Nov. 30: Three days after we published this article, Greg Tarola was found dead on the morning of Nov. 20 wrapped in blankets wet from the previous night’s rain, according to a press release from Loaves & Fishes. The homeless service center described Tarola as “the first cold weather casualty” of the fall. As of late November, the Sacramento County Coroner’s Office listed Tarola’s cause of death as “undetermined” and had not responded to a request for additional information.

The coroner’s office also listed Tarola as 63, while Tarola told us earlier this month he was 64.

“While the official time and cause of death are unclear, what we do know is that this man will not be the last person to pass away outside in the cold winter months of 2020-2021,” the Loaves & Fishes release added.

A yearly report by the Sacramento Regional Coalition to End Homelessness showed that 138 homeless people died in 2019 in Sacramento County, up from 132 recorded in 2018.

If you knew Greg Tarola and would like to share a memory about him for an upcoming news story, contact CapRadio reporter Chris Nichols at [email protected].

“You’re strictly on your own. Pray for God that he comes through because you’ve got nothing,” said Tarola.

The 64-year-old was seated on a sidewalk in Sacramento’s River District Tuesday morning, hours before the rain arrived.

“At least this Italian has nothing,” he said, referring to himself.

Still, last week’s temperatures weren’t low enough to open warming centers across the region. Nor will this week’s rain trigger openings. The bare-bones facilities, which offer coffee, snacks and a place to escape the cold, open only when it drops to 32 degrees or below — on three consecutive nights.

“We’re living in a different time. We’ve got a confluence of a raging pandemic, the flu season is upon us, it’s getting really cold, it’s gonna start raining,” said Bob Erlenbush, executive director of the Sacramento Regional Coalition to End Homelessness. “Really, you’re going to stick to 32 degrees three days in a row? That just seems unconscionable, quite frankly.”

“It is inhumane,” Sanchez said in an email. “It is negligent and it is a city, county and state created death sentence.”

Who Decided On The Criteria?

When it gets really hot or cold, cities in Sacramento County operate warming or cooling centers based on a regional document called the Severe Weather Guidance.

It was developed by county public health officials, the National Weather Service, local homeless advocacy groups and cities in the county. Officials said the three consecutive nights of freezing temperatures is just part of the requirement. Here’s the full criteria:

Changes must be approved by the Board of Supervisors, which last updated the criteria in 2014. City and county officials said there are currently no formal plans to alter it.

When the county and NWS declare a “severe weather alert,” cities must open a center, county spokesperson Janna Haynes said.

“That doesn’t prevent cities from opening something if they feel there’s a need even if the criteria is not met,” Haynes added.

Daniel Bowers, director of the city of Sacramento’s Office of Emergency Management, said the city has some leeway. Over the summer, it opened cooling centers, even though nighttime high temperatures didn’t quite meet the threshold of 75 degrees or higher on three consecutive nights.

The city would only vary from the criteria after consulting with county health officials, he said.

Once open, people can call 211 for a list of the center locations and hours or visit 211Sacramento.org. Haynes said the county also partners with social service groups to hand out fliers detailing center information, including transit routes to the locations, to people who are homeless.

Sanchez of the Sacramento Homeless Union said the remote location of some of the centers is a problem.

“Many times they are so far away from the camp people can't even make it to them. And then they blame the unhoused for not utilizing them,” she wrote.

Advocates Say Changing Criteria During Pandemic Is ‘No Brainer’

Tarola, the homeless resident in the River District, said he’s never had a chance to use a warming center.

“Never heard of them until you mentioned them,” he told CapRadio, adding that he recently tested positive for COVID-19.

Officials said they would follow all county, state and federal COVID-19 health and safety guidelines upon opening any warming centers.

John “Rambo” McCatherine, 52, who said he lives in a tent near the Sacramento River, added that he’s not a fan of the facilities.

“If you go in a warming center, they make you sit up in a chair. They’re going to tell you, ‘You can’t lay down and relax and go to sleep,’” he said.

City and county officials stressed that warming centers are not designed to serve as overnight shelters. But they said they don’t prohibit sleeping.

“While we do not provide sleeping beds or cots for people, we do not prohibit them from sleeping on the floor while they are there,” Haynes said in an email.

But given the spread of the pandemic, some advocates say that should change. They added that most centers are staffed by volunteers and aren’t very expensive to run.

A city spokesperson said it costs $1,900 to operate a warming center for 12 hours.

Haynes, the county spokesperson, said advocates ask for the criteria to be changed every summer and winter. But she emphasized that the thresholds are based on public health guidance.

She added that the region has limited resources and is focused on providing more comprehensive support, including financial and mental health services and drug and alcohol treatment, at facilities such as the North A Street shelter.

“The resources that it takes for these [warming centers] can be utilized to service people in other ways that are hopefully longer-lasting,” she said.

Still, Joe Smith, the advocacy director at Sacramento Loaves & Fishes, a nonprofit that feeds and shelters the homeless, said the county needs to focus on health.

“In this time, when we’re focused on trying to protect people’s public health,” Smith said, “it seems like a no brainer.”

Clarification: This story has been updated with a statement from a Sacramento County spokesperson in regards to sleeping in warming centers.