2015 was another record-breaking year for Lake Tahoe - and not in a good way.

While precipitation was near average, only 6.5 percent fell as snow. That led to record warm temperatures, and not just at the surface.

The State of the Lake Report shows the average surface temperature was the warmest on record, at 53.3 degrees,  but the temperature of the entire lake rose as well.

"Lake Tahoe is huge, if you took all of the water, and spread it out over California it would cover the state in 15 inches of water," says Geoffrey Schladow, director of the UC Davis Tahoe Environmental Research Center. "So this is a lot of water, and a temperature increase by about a half a degree."

Schladow says in the past four years, the lake has warmed at an "alarming rate" of over 0.3 degrees. That's 15 times faster than the long-term warming rate. 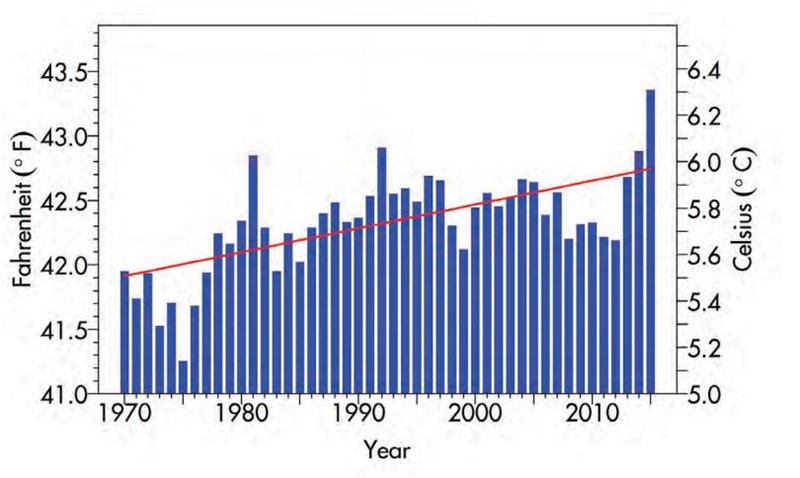 "It's going to take many years to reverse that if we get the cool temperatures. It's more than likely it's not going to cool. In fact, it's more likely that it will continue to warm and it's suddenly changing the environment for everything in the entire lake food web."

The State of the Lake report also found that water clarity decreased by almost 5 feet, due in part to warmer temperatures in 2015.