Once a month, Sacramento County Sheriff's Deputy Martin Crosby lifts the lid off of two trays of baked goods and announces, "Everybody likes free cupcakes!"

He then calls mental health court in the Sacramento County Courthouse to order, "Remain seated and come to order. Department Nine is now in session."

"Alright, so, we're gonna start with graduations today, is that right?" he asks.

Graduations are a happy reminder to all -hard work and perseverance pay off. The cupcakes help celebrate every small step along the way. 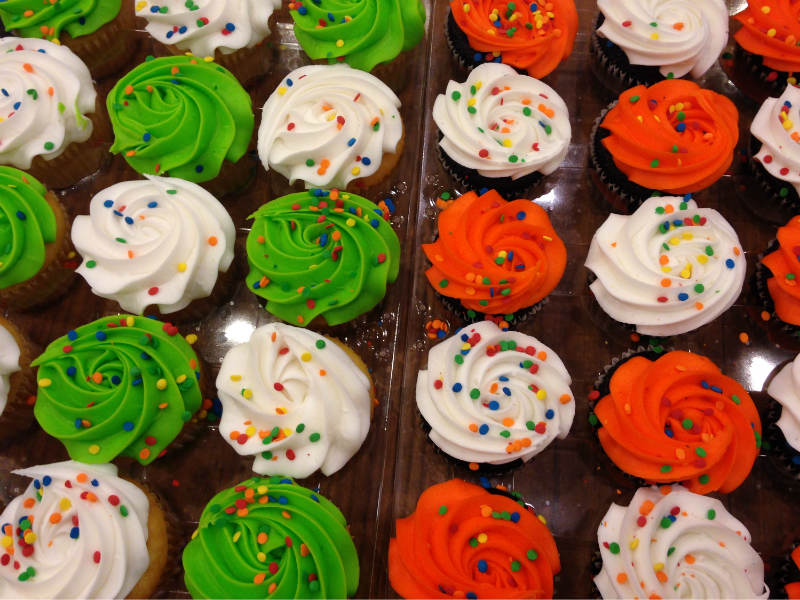 The first person to appear before the judge: George Hood.

He's 25 and has a mental illness. He was convicted of breaking and entering more than a year ago.

The judge says, usually, the public defender identifies candidates in jail who are eligible for mental health court. They are typically non-violent offenders who have been taking their prescribed medications since their incarceration.

Brown says once candidates are approved by jail psychiatric services, "then we're able to formally admit them to my court, take a change of plea, sentence them, and then work with their provider as to when they will be released to that provider."

By all accounts, George has done everything asked of him. 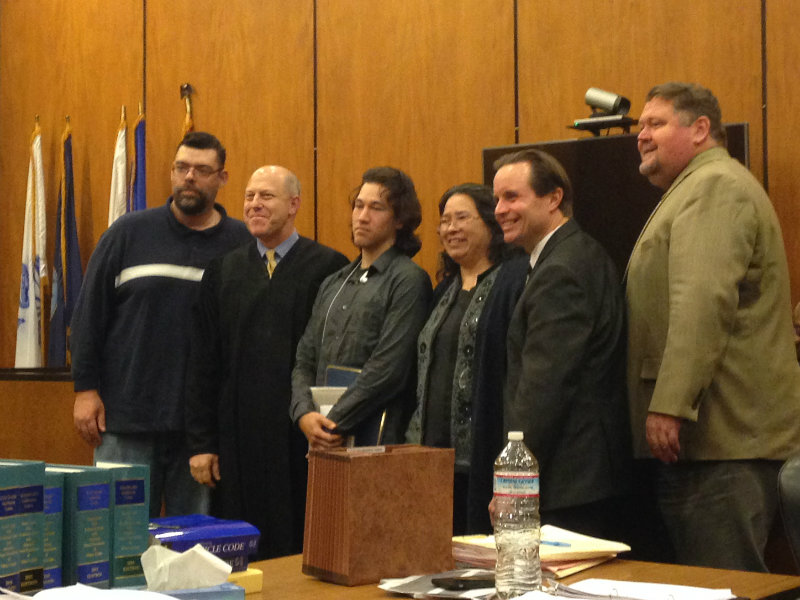 "So, George had a felony case here with one year suspended," Brown says, "and now that case, not only do you not have to serve the year, but the case is off his record. Congratulations!"

The court erupts in applause.

After graduation, George gets one last cupcake and then he and his family take a picture with everyone involved with his program. Judge Brown has more than 60 of these pictures displayed outside of his chambers. 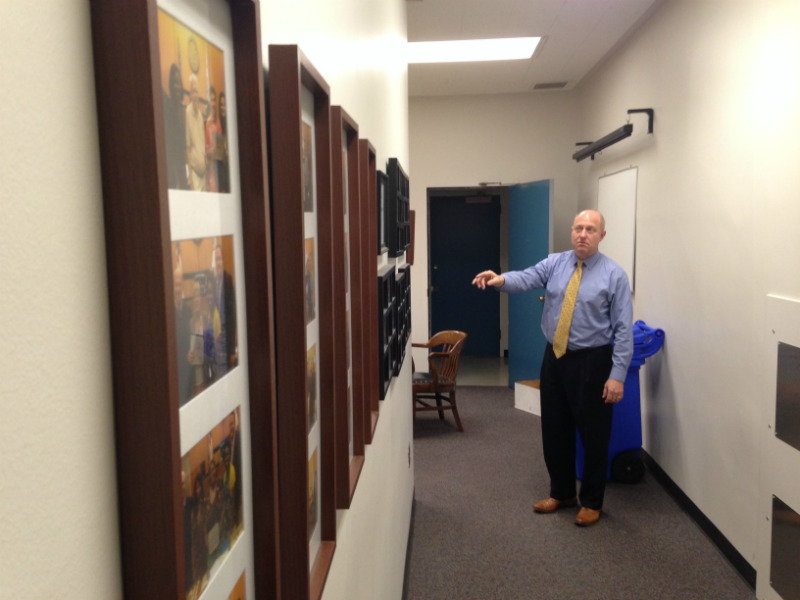 George describes his mental state when he was arrested.

"I was definitely discouraged with my schooling at the time. I was a 2.1 student which wasn't of my nature I believe and my break-dancing turned into yoga and at one point I could have toured the world for free for two years and been on Flex Flight."

Now, he plans to be a writer or an attorney.

"Some people don't have proper representation to express their situation that they're in," he says. "So, I would like to help them out."

Back in court, Judge Brown drops the hammer on one man who violated his probation and is complaining about the privileges he has lost.

Brown calls the second graduate of the day, "Geralyn Miller, C'mon down!" 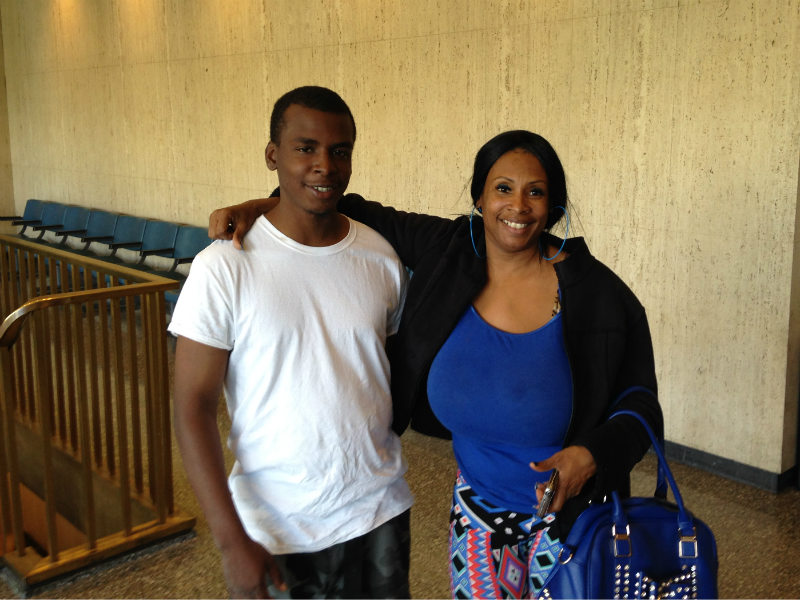 Geralyn Miller knows what it's like to fail and try again.

Brown greets her with a smile, "Geralyn, we're definitely, in all sincerity gonna miss you."

Brown continues, "You just, part of it's that smile! Just lights up the room! Now, we were concerned when you had that slip-up a few months ago. We all appreciated how forthcoming you were."

Geralyn says therapy and education have given her something she didn't have before: an understanding of her mental illness.

"I have mild mental disorders where I have episodes from time to time where I have issues with impulse control and things of that sort," she says. "With medication, I'm able to control those impulses and the mood swings and depression and traumatic symptoms that I go through."

By completing the program, charges against her also dropped and the conviction is expunged from her record.

She has gone through the program while attending a community college. She plans to pursue a four-year degree in social work.

Thirty people graduated from court last year. Chris Carlson is with the district attorney's office. According to him, each person's path was different.

"Every client has a different baseline," he says. "There's a different definition of success. Some people can get back out, get in the community, get jobs, things like that. For other people, it's just not getting arrested and not going to the hospital. If we get to that point, and consistently they can avoid that, then that is a success."

Everyone involved in mental health court hopes for more success with another alternative court that opened this January.

It's called co-occurring court and it's for people with psychiatric diagnoses who struggle with traditional drug-addiction therapy.

Ryan Raftery is with the Public Defender's office.

"We learned over time that the traditional drug addiction therapy and settings were not conducive to success for people with mental health issues," he says. "Part of that is because when you have a paranoid schizophrenic, they typically will not do well in a group-type setting. They may have issues with regards to paranoia which makes them shut down. They may also be bipolar or manic which makes them disruptive to the entire group. So, we were seeing a lot of people who had drug addiction needs who were unable to successfully complete programs because of their mental health issues."

The hope is with more hard work and perseverance, and a cupcake or two, there will be even more congratulations... and graduations from Sacramento's alternative courts. 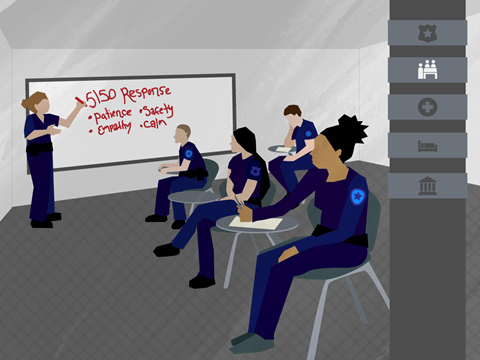 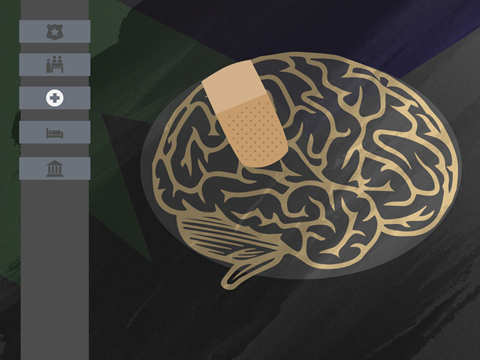 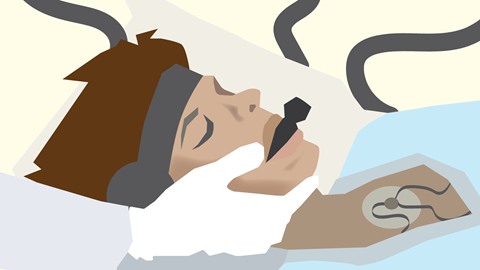 View All Mental Health Series Stories
We Get Support From:
Become a Supporter