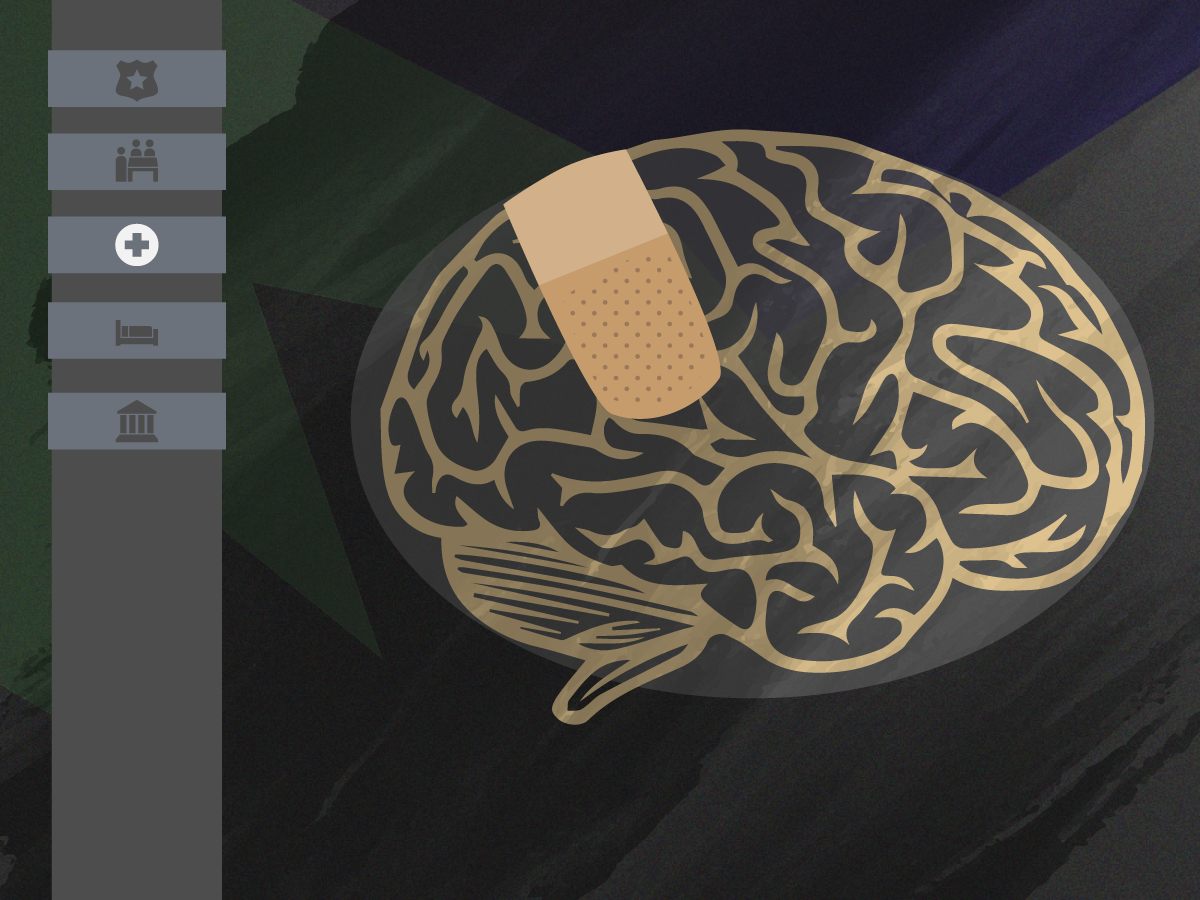 For people struggling with their mental health, there are an increasing number of opportunities to get help. But the groups working to expand resources in the Sacramento area say the system is hamstrung by the lack of adequate treatment facilities.

She says officers do their best to connect people in crisis with the best treatment options, for examples, veterans to veterans groups and the elderly to adult protective services. It all depends on a treatment provider's available space.

"You can't tap out one organization," she says. "You have to spread it around."

Organizations that provide a variety of services are particularly valuable as police and hospitals deal with tens of thousands of cases each year.

Duane Wright is the program manager. He greets a middle-aged woman and extends his hand, "We're so happy to have you."

Inside, there are leather recliners, a 50-inch TV and hot tea.

Wright says the center first provides calm and then assistance.

"It's an ambience where people can come and remove themselves from whatever stressful environment has, if you will, pushed them over the edge or stressed them out and overwhelmed them," Wright says.

The center allows individuals to stay for up to 23 hours.

Last night, a woman who had been previously diagnosed with depression called from a hospital. Rachel says she had an argument with her husband and is now homeless.

"He didn't want me at my house and said not to come back, so he left me at the hospital," Rachel says.

TLCS sent a cab to pick her up at no charge. After a night on one of the center's recliners, she meets with a staff member to ask about space at long-term shelters in the area.

"The goal (is) to find shelter for tonight."

Rachel is typical of a widespread problem — thousands like her end up at hospital emergency rooms when they need social services, not medical treatment.

Uma Zykofsky is with the Sacramento County Division of Behavioral Health Services. She says organizations like TLCS are part of the solution.

"We have placed mental health navigators in different phases of implementation at the ERs," Zykofsky says. "We're trying to reach people at the first point of their requests for service and divert them to appropriate levels of care so that we don't burden one sector of care where you don't have necessary supports or funding."

The county has a list of 47 non-profit providers, county agencies, and doctors in 72 locations who accept referrals.

People who work in the field say those programs help, but the biggest problem for someone going through a severe mental health crisis — such as severe depression, severe bipolar disorder, schizophrenia, schizo-effective disorder or psychosis — is the lack of psychiatric treatment facilities.

"It's not the right place," he says. "Many communities throughout the state have open crisis stabilization units or psych emergency rooms and in those cases, people go to an environment that's designed to provide the kind of specialized care that they need and that they benefit from in both the short and the long term. Sacramento closed that back in 2009."

The county's psychiatric treatment facility reduced its capacity from 100 beds to 50 because of financial constraints.

It accepts indigent or uninsured patients. It also accepts about 30 percent of referrals from law enforcement.

It will not accept anyone over the age of 55 in need of treatment for a physical condition.

Boyd says the Sutter Solano Medical Center transfers patients to its psychiatric treatment center on Folsom Boulevard whenever possible. He says 3,000 people were treated there last year, but about four times as many were assessed and referred to other agencies.

Back at TLCS, Rachel is getting ready to leave.

"Where I feel hopeless, this place looks like the light at the end of the tunnel," she says."It gives me hope that I have a purpose on this earth, that I do have people that care."

She has hope. She has no bed yet.