A Day In The Life Of A Mental Health Emergency Responder 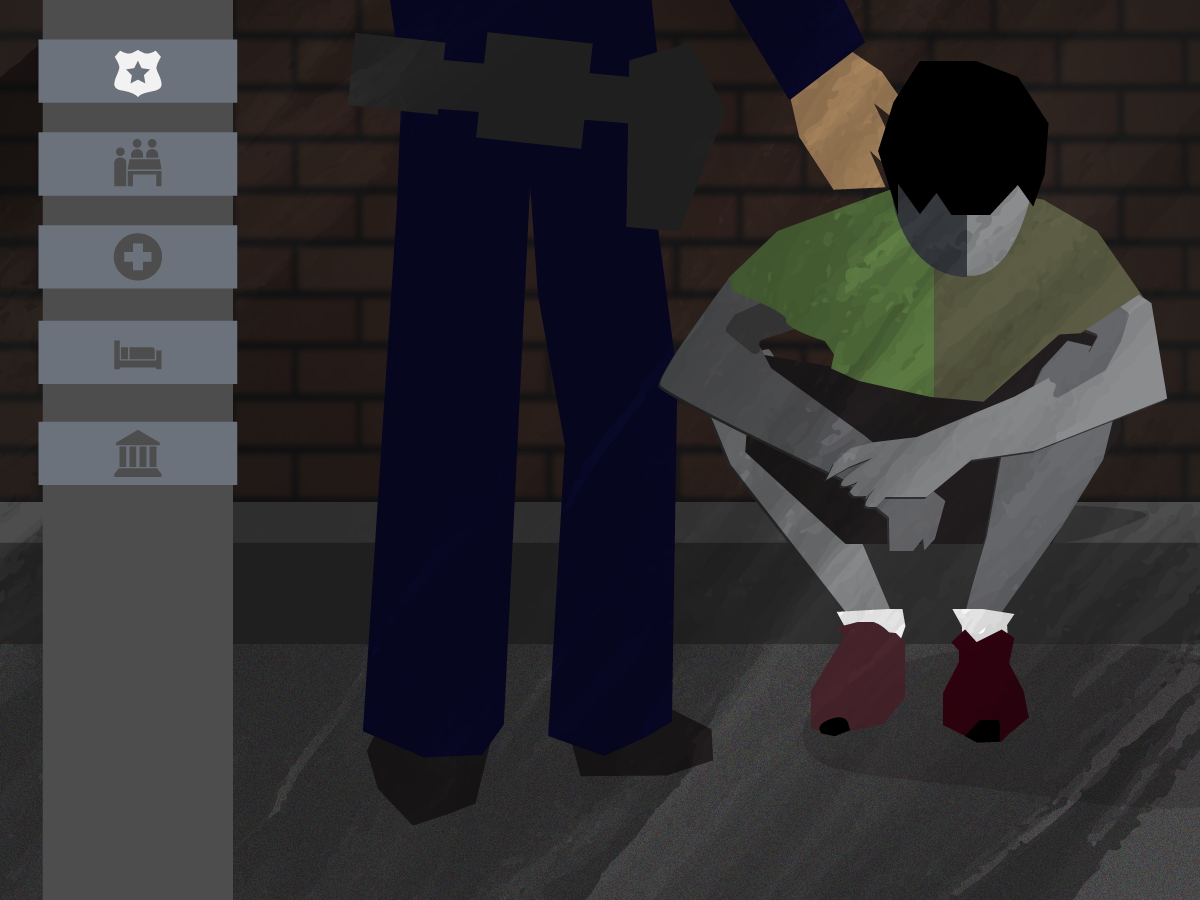 Cops don't just enforce the law. They must also find ways to peacefully resolve mental health emergencies. Reporter Bob Moffitt rides along with Sacramento police officer Michelle Lazark. She's part of a team that is trained to respond to the non-stop need for mental health services in the county.

The day shift for the Sacramento Police Department's Psychiatric Emergency Response Team has barely started and the calls are already rolling in. Lazark is listening to the radio and making cell phone calls.

"Hi, James, this is Officer Michelle Lazark with the Sacramento police department," Lazark leaves a message."I understand you've received some really bad news and I'd like to talk to you. Give me a call. I'd like to help you."

Officer Lazark has seen James on the street before and she has an idea where she might find him.

As she climbs into her patrol car, she gets another call. A woman is looking for her son. He's quadriplegic with a mental illness and a history of using methamphetamine.

Lazark asks his mother for information and promises to look for him.

As she hangs up, she gets another call. There's a woman in the fountain at the Loaves and Fishes homeless service center.

"East side of the pool. She usually hangs out in front of the mission. Is she belligerent? Okay. Okay. I'll be there in a bit," Lazark says into the phone.

When Lazark arrives, she meets Guerin Bratcher who works at Loaves and Fishes. He takes her to a woman sitting on a bench. Her clothes are soaked.

"Tried to talk with her. She's speaking in a language we can't quite understand," Bratcher tells Lazark the situation.

The woman is speaking gibberish.

"Lucy, you okay today?," Lazark asks the woman. "People were telling me you that you were eating dirt."

Lazark says the behavior is odd, but Lucy shows no signs of being dangerous or gravely disabled. After 12 minutes of coaxing, Lucy accepts a ride home.

Lazark often gives mentally ill residents rides home, to a doctor, or to a pharmacy.

Before Lucy and Lazark drive away, the officer gets a text from James. He was the subject of the first call of her day. He tells her he's okay.

Lazark is relieved. Every day is stressful. She tries to keep a sense of humor.

"I changed my Siri to a British gentleman because I'm such a James Bond fan," she says as her phone rings again with a James Bond theme ring-tone.

Another call comes over the radio. There's a girl running through traffic on Fruitridge Road. When Lazark arrives, the girl is talking to two Sac PD officers in a parking lot.

The girl's mother introduces herself as Krystal. She says her daughter grabbed the steering wheel of the car while it was moving and then jumped out.

"She laid down in the middle of the street and I'm trying to pull her up," Krystal says. "The lady's helping me, trying to help me pull her up. She fought me and she beat me in the street."

Krystal says her daughter had just learned she would have to change schools again.

"She doesn't have a choice," Krystal says. "The school board people said they can't have her there, she's threatening the staff members."

The girl is desperate to downplay the incident.

"It was just one little wheel moving. It was like her thing was like stopped. I just got out of the car. I thought it was parked," the girl says.

Krystal says her daughter has a mood disorder and has been hospitalized before.

"Why are you sending me there?" the girl wails.  "I'm not doing anything. Can I please just speak to my therapist? My doctor says before you send me 5150 I get to speak to somebody. No, please! They're gonna send me there. They're gonna keep me there for days!" 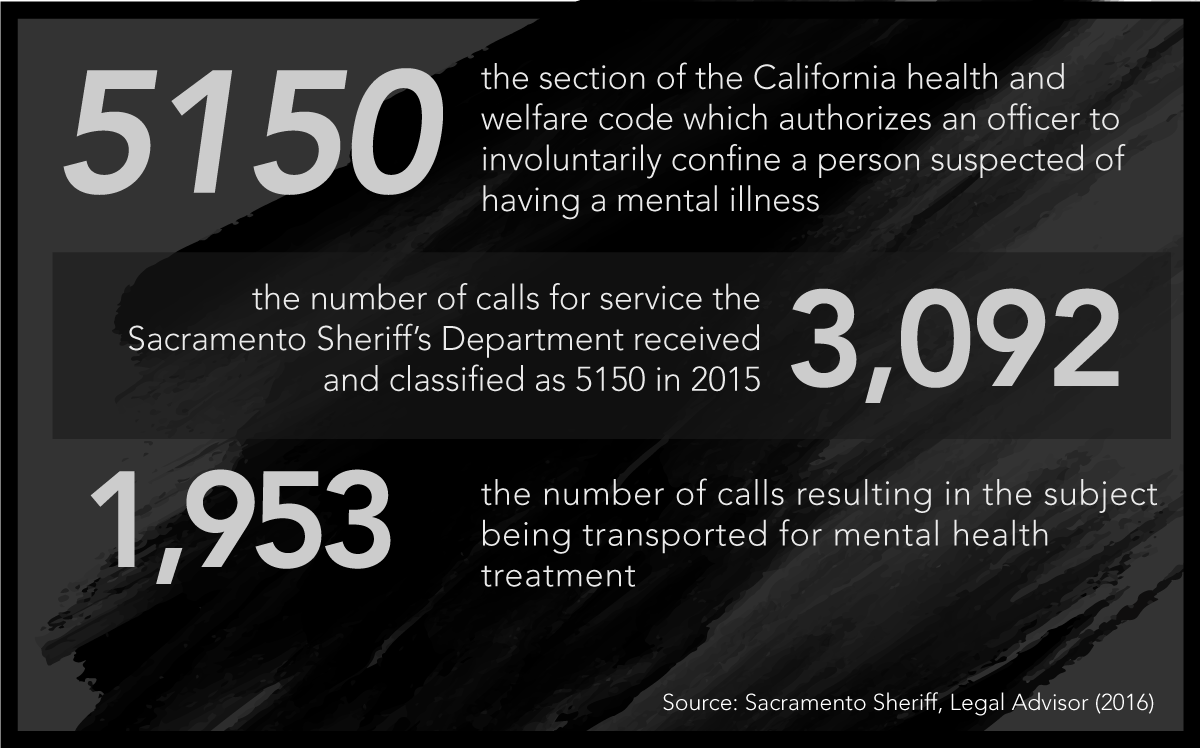 "By Friday, I'm pretty mentally drained. You can ask my husband," Lazark says.

What keeps her going?

"Helping people, seeing someone get the help that they need and getting pointed in the right direction," Lazark says. "There's a need for it. I see overwhelming need for something like this."

In 2014, Sac PD dispatched officers 5,600 times to perform mental-health evaluations. The number does not include all of the cell phone and text conversations between Impact team members and people who request help.

With a heavy sigh, Lazark turns her attention back to the radio and yet another incoming call for help.

Michelle Lazark is one of the two officers in the county whose partner is a mental health clinician. A Sacramento County Sheriff's deputy is the other.