Extreme drought conditions expanded by 3 percent in California the past week, according to the U.S. Drought Monitor released June 4.

"Dry conditions and increasing temperatures returned to the Southwest U.S. after an unseasonably cool and wet May led to an unexpected green-up of ranges and pastures in parts of southern and eastern California, Nevada, and western Arizona," the report stated. "But the May weather did nothing to ease the long-term drought." 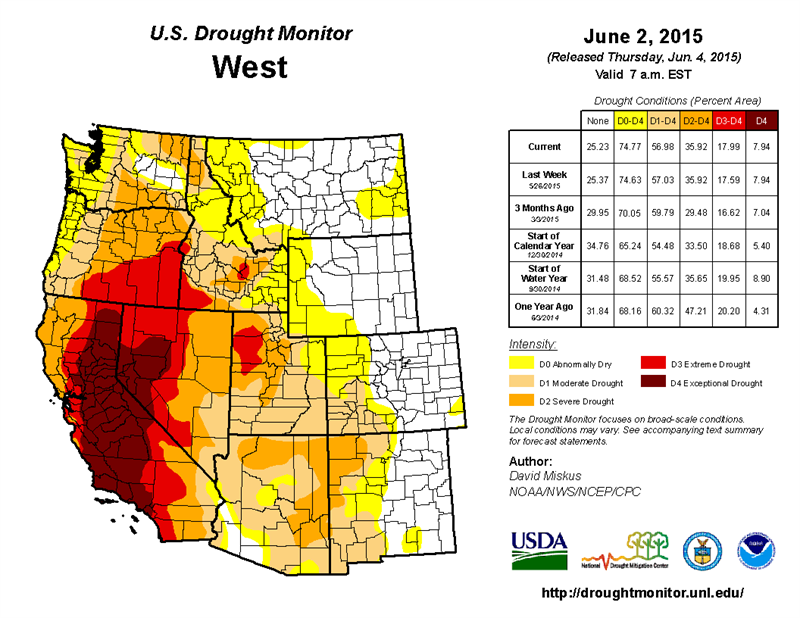 While the May precipitation did not bring any relief to the long-term drought, "the sprouting of grasses will most likely provide extra fuel for early fall wildfires once the vegetation dies off this summer."

The May "green-up of pasture and range vegetation" occurred in "southern and eastern California and Nevada, where extreme to exceptional drought is widespread and on-going." 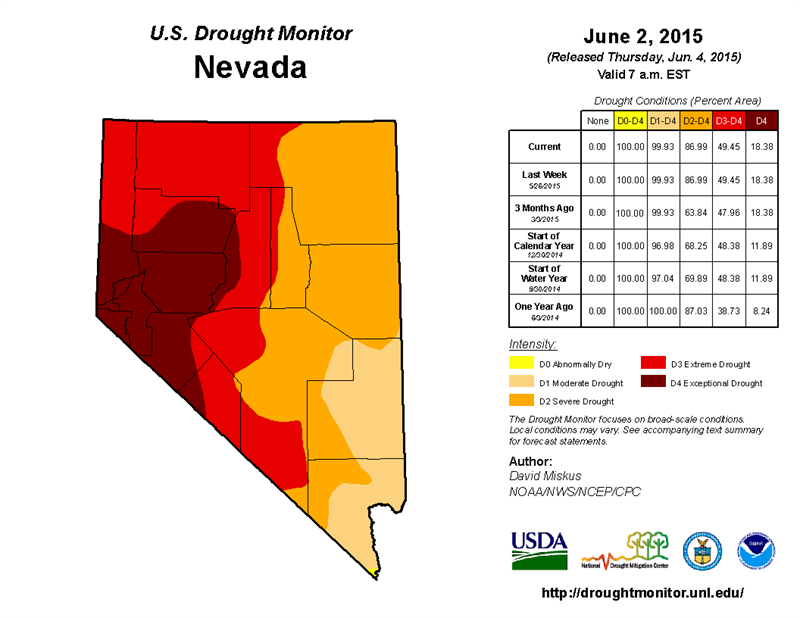 "Although California and Nevada pasture and range conditions were rated 35 percent and 50 percent good or very good by the USDA, no improvements were made to the drought depiction, as long-term (4-year drought) hydrologic conditions remained dire," according to the report.

The U.S. Drought Monitor drought "intensity" ranges from 'Abnormally Dry' to 'Exceptional Drought' and the expansion of 'Extreme Drought' happened in San Bernardino County, since the desert region did not benefit from the rain in May. 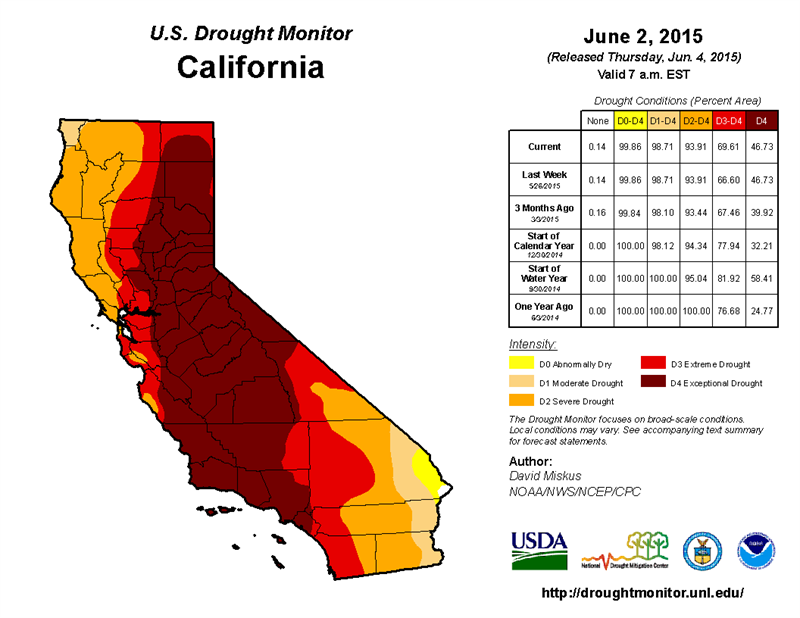 The weekly report is produced in partnership between the National Drought Mitigation Center at the University of Nebraska-Lincoln, the United States Department of Agriculture, and the National Oceanic and Atmospheric Administration.