A dry June has caused the drought to worsen in the western United States. And NOAA says California, along with Nevada, Oregon and Washington, had a record warm January to June.

The full June 2015 U.S. State of the Climate report from NOAA will be released July 15. The NOAA National Climatic Data Center 2014 U.S. Climate Report said California, Nevada and Arizona had their warmest year on record. 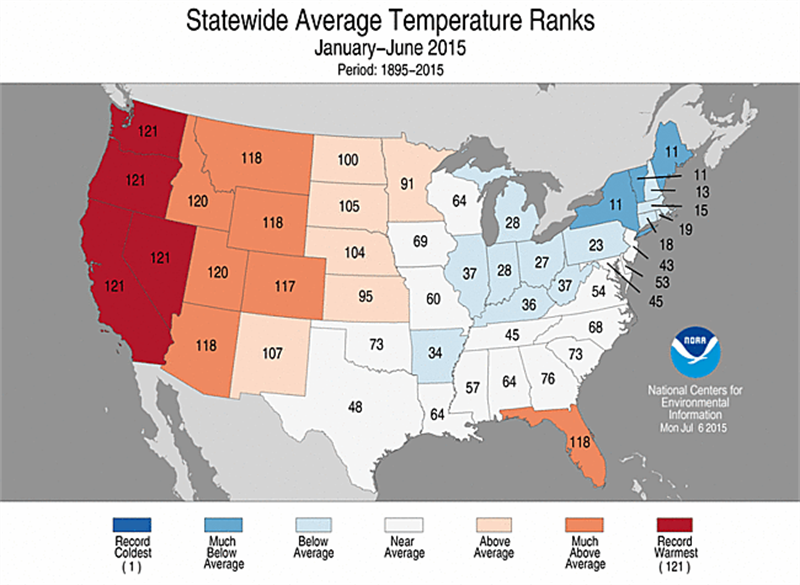 "Most of the region was warm during the last week with temperatures 9-13 degrees above normal in the Pacific Northwest and 3-4 degrees above normal over most of the region," according to the U.S. Drought Monitor released July 9. "Idaho, Utah, Washington, Oregon, and California all had their warmest June ever (121 years of data) while Nevada had their second warmest, Wyoming their fourth warmest, and Montana their fifth warmest."

The report says the heat and dryness in the Pacific Northwest led to intensification of the drought in Washington and Oregon.

Extreme and exceptional are the highest levels on the monitor’s intensity scale.

"Washington had their third driest June and Oregon their ninth driest June ever," the report stated. "It has been noted that so far, municipal water supplies for the metropolitan areas of western Oregon and Washington are adequate even though the other indicators are showing intense drought development, especially over the last two months." The U.S. Department of Agriculture, in its Weekly Weather and Crop Bulletin, said in the Pacific Northwest "relentless heat and increasingly dry conditions promoted a torrid crop development pace but led to worsening stress on rain-fed crops and an expansion of wildfire activity."

The National Interagency Fire Center reported that, as of July 9, there were 33 large, active fires burning 880,000 acres in the U.S. Fourteen of those fires are in Alaska with eight in Washington state.

The forecast shows the potential for rain over the next week.

"Rain chances over the west, particularly over northern California, northwest Nevada, southern Oregon, and central Idaho and into the Rocky Mountains, looks to increase, with up to 2 inches possible," the drought report stated.

The 6-10 day outlooks show that much of the country, including California, has high chances of above-normal temperatures. 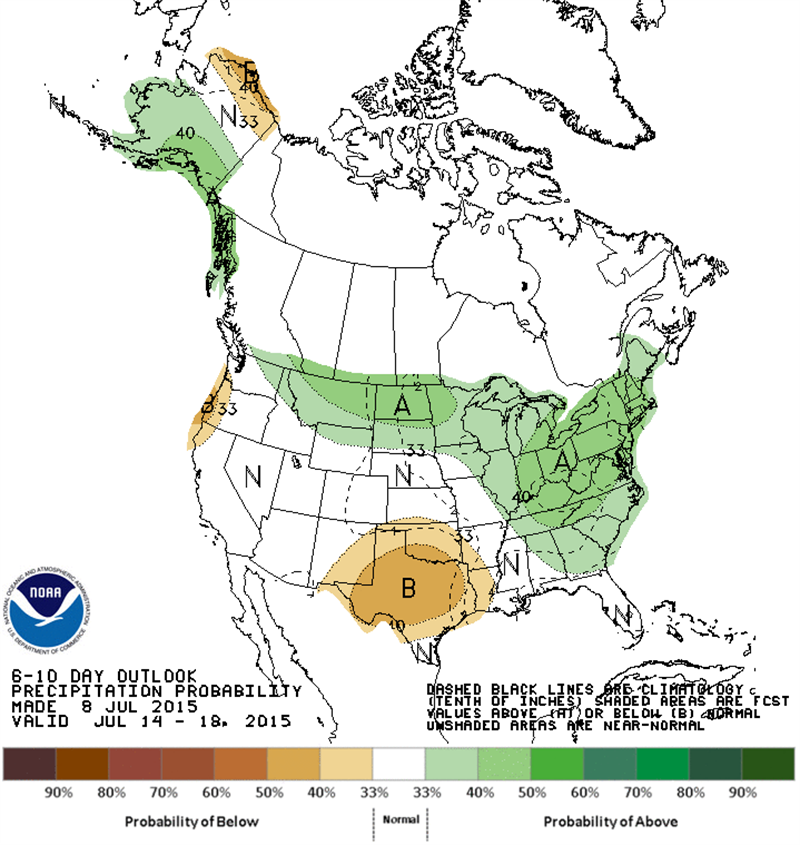