During Gold Rush Days, the streets of Old Town Sacramento are covered in dirt. But, because it takes a lot of water to remove it, the event was canceled in 2014.

Even though the drought is worse now, heading into the fourth summer of dry conditions, the festival - and the dirt - is back. 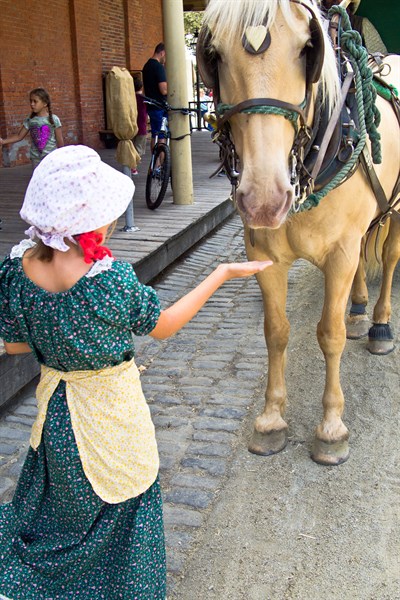 The annual Labor Day weekend festival involves the transformation of Old Town back into an 1850's gold rush town - by placing 200 tons of dirt on streets.

But, rather than use 100,000 gallons of precious water to wash off the dirt when the event is over, Gold Rush Days was called off. The cancellation was a blow to merchants and area hotels.

Mike Testa with the Sacramento Visitors and Convention Bureau said in July 2014, it was a “tough call.”

But, with a year to plan, he said  the dirt is back, along with a plan to remove it that doesn't use potable water.

"We'll use more brooms, more sweepers, more scoopers,” said Testa. “And the merchants in Old Town Sacramento are prepared for that, they know that Old Sacramento will not be as pristine the day after as it has been in years past. We will likely use some water out there but when we do it will be graywater, second hand water that's reclaimed."

Testa said the dirt is the key to making Gold Rush Days popular.

It also provides a soft surface for running horses, wagons and performers re-enacting the Pony Express among other shows.