Alternative events are being planned for the Labor Day holiday weekend in Old Sacramento after the cancellation of Gold Rush Days.

Blame it on the drought. That's the reason the event, in its 15th year, is off.

The festival transforms the streets of Old Sacramento back into an 1850's gold rush town, including putting 200 tons of dirt on streets.

But that dirt requires 3,000 gallons of water a day to keep the dust down during the event. And, when the festival is over, 100,000 gallons more to clean it up.

Mike Testa with the Sacramento Convention and Visitors Bureau said it was a tough decision to cancel, but Gold Rush Days really depends on the dirt.

"It impacts running horses, reenacting the Pony Express, it impacts gunfighters falling down on the street, it's a little easier when they're falling on dirt, becomes a different scenario falling on concrete,” said Testa. “The more that we talked about removing the dirt, the less it became Gold Rush days." 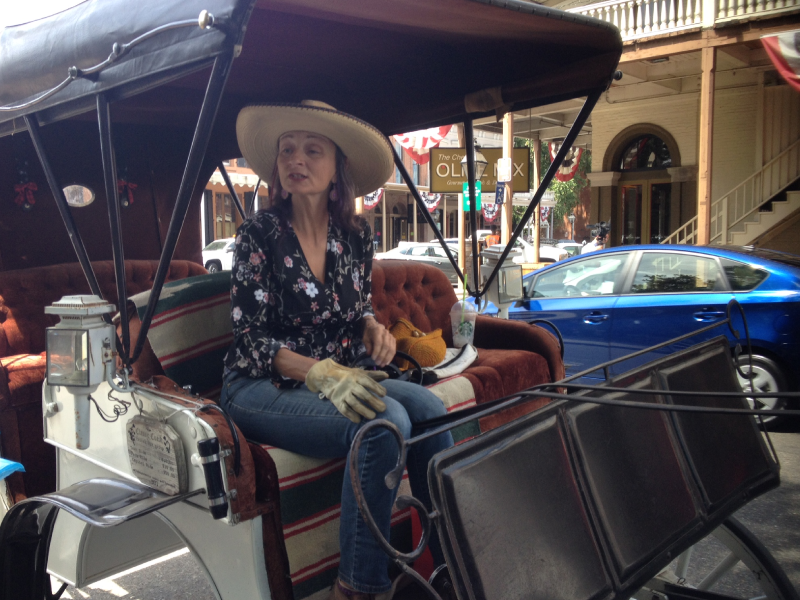 A Gold Rush Days banner was in the air over Second Street Monday as Ann Tatum took visitors on carriage rides, which she has done for the past 20 years.

"It really is one of our busier times of the year but now it will just go back to being a normal holiday weekend,” said Tatum as she was preparing to take a family on a horse carriage tour of Old Sacramento. “Usually when I tell people about the event, they get most excited about the dirt. I like to see it get back to something more historical, something people don't get to see. They come down here normally and they think that this looks historical. But then when they come down and see the dirt, and the horses, the wagons, then they get really excited.”

“It’s been a profitable weekend (Gold Rush Days) for everybody down here, if you sell food, or if you sell anything related to the event itself,” said Ahmad. “People get into that atmosphere, they have fun and they spend some money here.”

Testa, with the Convention and Visitors Bureau, said the bands scheduled to play in Old Sacramento will still be there Labor Day weekend. He said other events, including a pub crawl, are being planned.

Testa said the event drew 100,000 people last year and area businesses and hotels will be hurt by the cancellation of Gold Rush Days.

Rattlesnake Season Has Arrived In Northern California: Here's How To Stay Safe.

With Barrett On Supreme Court, California’s Church COVID Limits Are Being Overturned