Farm Jobs Dry Up In The Central Valley

During the winter, when the Central Valley’s fields are quiet, the Westside Pool Hall in Mendota fills with farm workers, like Jose Gonzalez Cardenas.

“If there’s no water, we’re not going to have work,” Cardenas said through a translator.

According to a report from University of the Pacific, thousands of Valley farm workers could be out of work this summer if the drought persists. Maria Rivera is one of them.  She already knows she won’t have work in the melon fields this year.

“The company I work for has already told its employees that they’re only going to plant one field,” Rivera said, also through a translator. That's down from about 60 in a typical year. 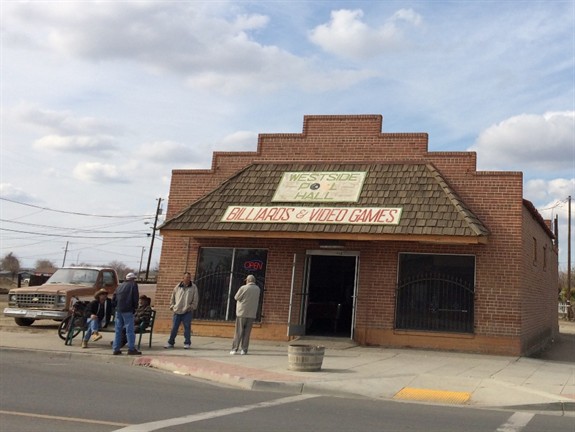 Mendota is a poor city on the west side of Fresno County that revolves around agriculture. City Council member Joseph Riofrio owns this pool hall. He says the community is already bracing for the drought’s impact.

“We’re the facilitators that need to coordinate how people will get food, and how they’re going to get help paying the light bill. There are so many problems that come with being in this part of California, and being dependent on agriculture,” Riofio said.

Down the street, at La Fiesta Meat Market, farmworker Aurelio Duran said if it doesn’t rain, he might leave the region.

“Right now, I’m on unemployment. Perhaps I will need to look for work somewhere else,” Duran said through a translator.

During the 2009 drought, unemployment in Mendota topped 40 percent and the Valley as a whole lost 6,000 farm jobs. With water even scarcer this year, the economic impact could be even worse.