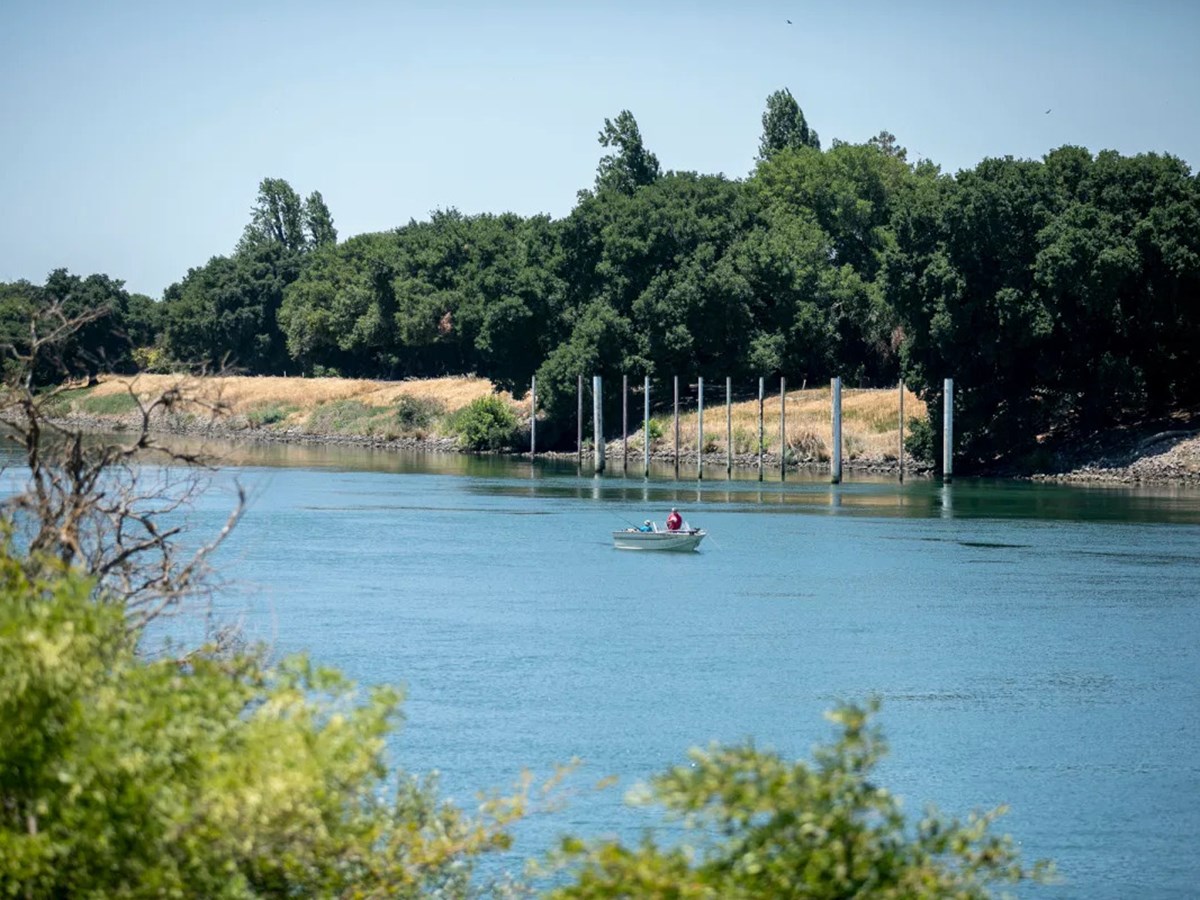 Boaters fish on the Sacramento River outside of Isleton. Water supplies from the San Joaquin-Sacramento Delta are insufficient, so the state has warned thousands of users to halt pumping.

In a sign of worsening drought, the state on Tuesday warned about 4,300 users to stop diverting water from the Sacramento-San Joaquin Delta watershed, stretching from Fresno to the Oregon border.

The notifications, which indicate that demand from farmers and cities is exceeding supply, are the widest-ranging move by state regulators since 2015 to restrict the use of water rights in a major watershed.

The Delta watershed’s supply is “insufficient” and “not lawfully available” for users with claims to the water dating after 1914, and those who keep pumping could face a cease and desist order and fines of up to $1,000 a day, according to the notices from the State Water Resources Control Board.

But so far compliance is considered voluntary and there are major barriers to enforcement, according to Erik Ekdahl, deputy director of the water board’s division of water rights.

The notifications come as extreme drought envelopes 85% of the state, and water levels in major reservoirs have dropped far below historic averages. Starved of snowmelt and taxed by high temperatures, water supplies have fallen about 800,000 acre-feet short of projections — an amount that could supply more than 1 million households for a year.

The notices were issued to users whose claims on the Delta water date after 1914 — so-called “junior” water rights holders. That year was when California enacted its water rights law.

But 2,300 users with more senior water rights were also sent notices warning that they might face insufficient water supplies and halted diversions as summer continues and the state’s reservoirs drop even lower.

Many growers and municipalities are supposed to now rely on other sources, such as groundwater. Others can invoke their more-senior water rights that allow them to keep pumping — at least for now.

Carmichael, a Sacramento suburb, draws 60 to 70% of its water supply from the Delta watershed with a post-1914 water right, according to Cathy Lee, general manager of the town’s water district. “We will need to stop diverting water from the American River,” Lee said. “The fine is very steep.”

Carmichael plans to turn to its groundwater stores and supplies from neighboring providers, including through a new pipeline completed during the last drought. The water district’s board is also preparing to request conservation from its customers, Lee said.

“The district was also curtailed in 2014 and 2015,” Lee said. “Knowing that it is one of the driest (years) on record, we were not hoping to, but it is not a complete surprise.”

Others say deteriorating water quality in the Delta will have a greater impact on supply than the notices will, particularly for those with senior water rights that precede 1914 or involve properties that abut waterways. State and federal officials have petitioned to relax water quality requirements in the Delta in order to store more water in major  reservoirs.

“I think our harm is going to come not from the curtailment, but from their export of water that should be left in the watershed to maintain quality,” said Dante Nomellini Sr., who represents the Central Delta Water Agency.

Environmental groups, too, are skeptical that the notices will significantly reduce water use — pointing to a study by University of California researchers that reported that the state has issued far more water rights than there is water to supply them.

“We’re sending out notices that you can’t have something, but it’s already oversubscribed, so it’s paper water,” said Barbara Barrigan, executive director of Restore the Delta. “It’s really a paper chase for paper water. It’s not a meaningful action yet.”

State officials don’t know yet how much water the thousands of Delta watershed warnings issued today will save partially because they have limited information on water use.

“It’s really unclear at this point what the outcome would be in terms of the volume of water saved,” Ekdhal said.

Rudy Mussi, who farms on Roberts Island and Union Island on the Delta, said many growers with junior water rights also have more senior water rights they can rely on when the state issues restrictions.

At this point in the growing season, it would be difficult for farmers to stop using water because many have already planted or made plans to plant, he said.

“In order to make those changes, it has to happen early in the year,” Mussi said. “You can’t come to me now and say, ‘You know what, Rudy, don’t grow your corn.’”

State officials have asked those receiving the notices to report back about whether they plan to comply — but so far, reporting has been limited. Only about 10% of water rights holders in the Russian River watershed who received similar notices have notified the water board about their plans, Ekdahl said.

“It does seriously raise questions about how effectively you can manage during drought when you can’t easily and quickly ask people for information related to whether or not they’re going to curtail,” he said.

The water board’s notices for the Delta watershed aren’t technically legal orders: They’re enforceable warnings. Cease and desist orders could be the next step for users who don’t comply and they could face fines of up to $1,000 per day or $2,500 per acre foot of water diverted illegally, according to the notices.

“Water supply in the Sacramento-San Joaquin Delta watershed is insufficient to support lawful diversion under any post-1914 appropriative water right,” the notice says. “Diverting water that is not lawfully available for your water right may subject you to a cease and desist order, prosecution in court, or administrative fines….”

But enforcement faces major hurdles, according to Ekdahl. Inspections are scheduled ahead of time and inspectors must catch a water diverter in the act. Then there are hearings, enforcement orders and opportunities for the water user to appeal the decision or even sue.

“If this seems like a lot – it is,” Ekdahl said. “The process is not designed for fast or easy resolution, and we do not have existing authority to require interim or immediate cessation of alleged illegal diversions.”

During the last drought, the water board staff conducted roughly 2,200 inspections over a two-year period, he said. Eight ended in settlements and four in formal enforcement actions.

This time, the water board has fewer employees to conduct inspections. “The drought just emerged so quickly,” Ekdahl said. “We’re not likely to have a bunch of additional people this summer.”

Until the water board receives more resources, the state’s regulators will rely on 20 to 25 workers for the entire state, and focus inspections where they’ve received complaints.

State water officials hope that curbing diversions from overtaxed rivers will protect flows and reservoir supplies as insurance against another dry winter.

“Last year was really, really dry. And this year is even worse. And collectively, between the two, you have this kind of almost-as-bad-as-it-gets scenario,” Ekdahl said. “I do think it’s critical that we start to manage our supplies looking at next year, because, while (the drought) may have a two-year pacing, what if it’s four? What if it’s six?”