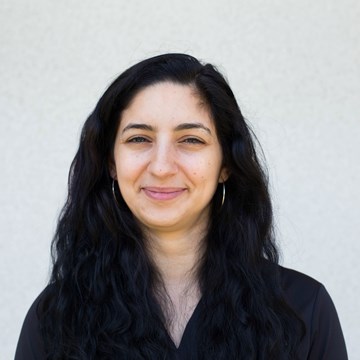 Nadine Sebai was Capital Public Radio’s temporary state government reporter. Sebai is also a co-editor of Local Matters, a weekly newsletter showcasing investigative and watchdog news stories from local publications across the country. Her stories have run on NPR, KQED, and KALX.

Most recently, she was an intern at KQED Public Radio for The California Report Magazine. Prior to that, she was a Producer/Researcher at AJ+ for Newsbroke, a political comedy show, and a reporter at AJ+ for Documenting Hate, the collaborative project launched by ProPublica.

In May 2016, Sebai graduated from the UC Berkeley Graduate School of Journalism with a concentration in radio and investigative reporting.

She received an Emmy-nomination for her work as Lead Researcher on Rape on the Night Shift, a PBS Frontline, Univision, Reveal, KQED, and Investigative Reporting Program collaborative investigation on sexual assault in the janitorial industry. She’s also received awards for her radio reporting, including a Mark of Excellence Award for In-Depth Reporting from the Society of Professional Journalists and a Reva and David Logan Prize for Excellence in Investigative Reporting.

Prior to becoming a journalist, Sebai worked as an accountant for a top-rated mutual fund while attending the University of Miami. She also worked as an investigative analyst in Chicago, where she conducted background investigations on hedge-fund managers.