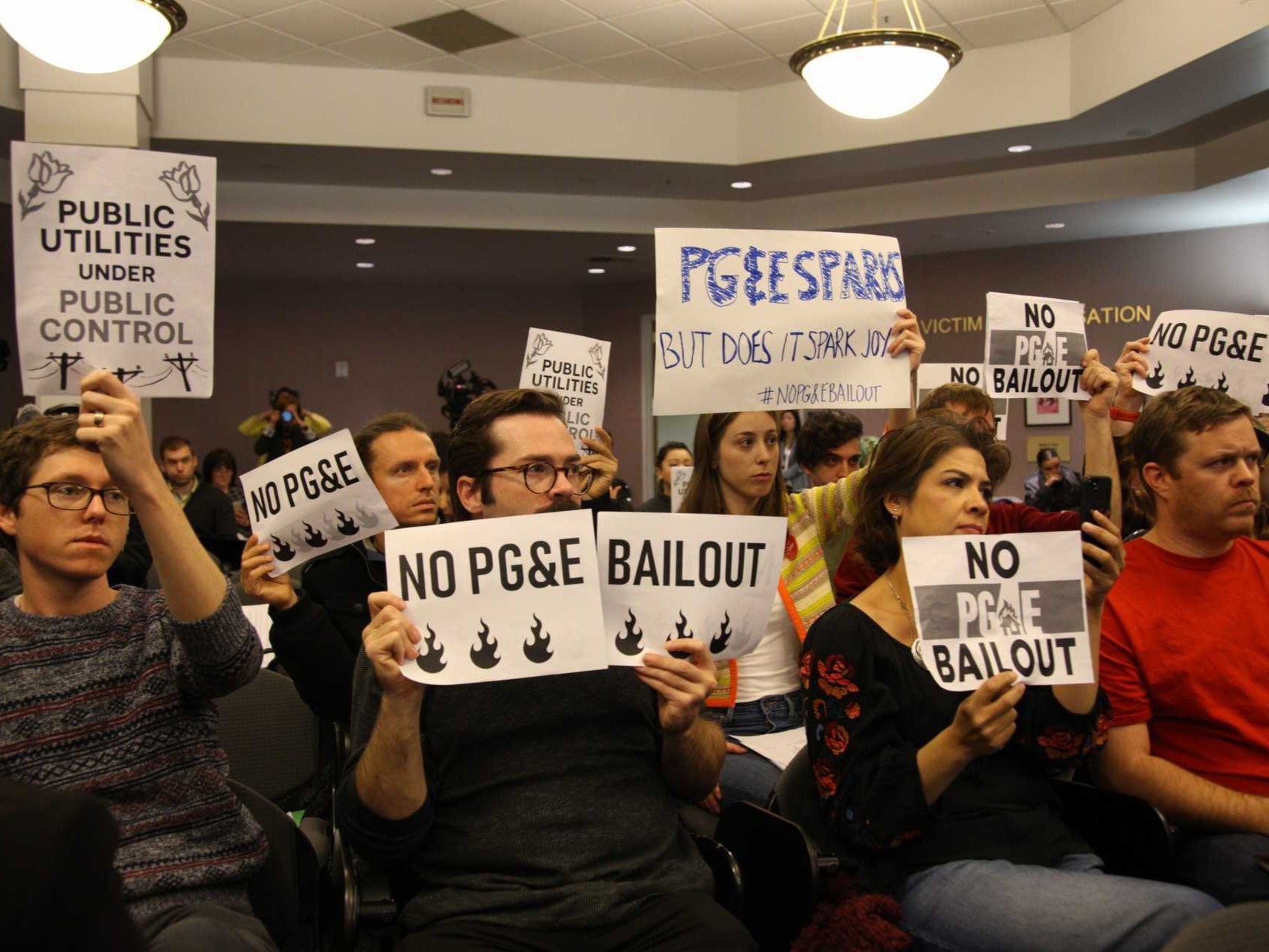 At the CPUC meeting in Sacramento, demonstrators read the names of the 86 people who lost their lives in the Camp Fire, which devastated the town of Paradise and other small communities in Butte County. The cause of the fire is still unknown. 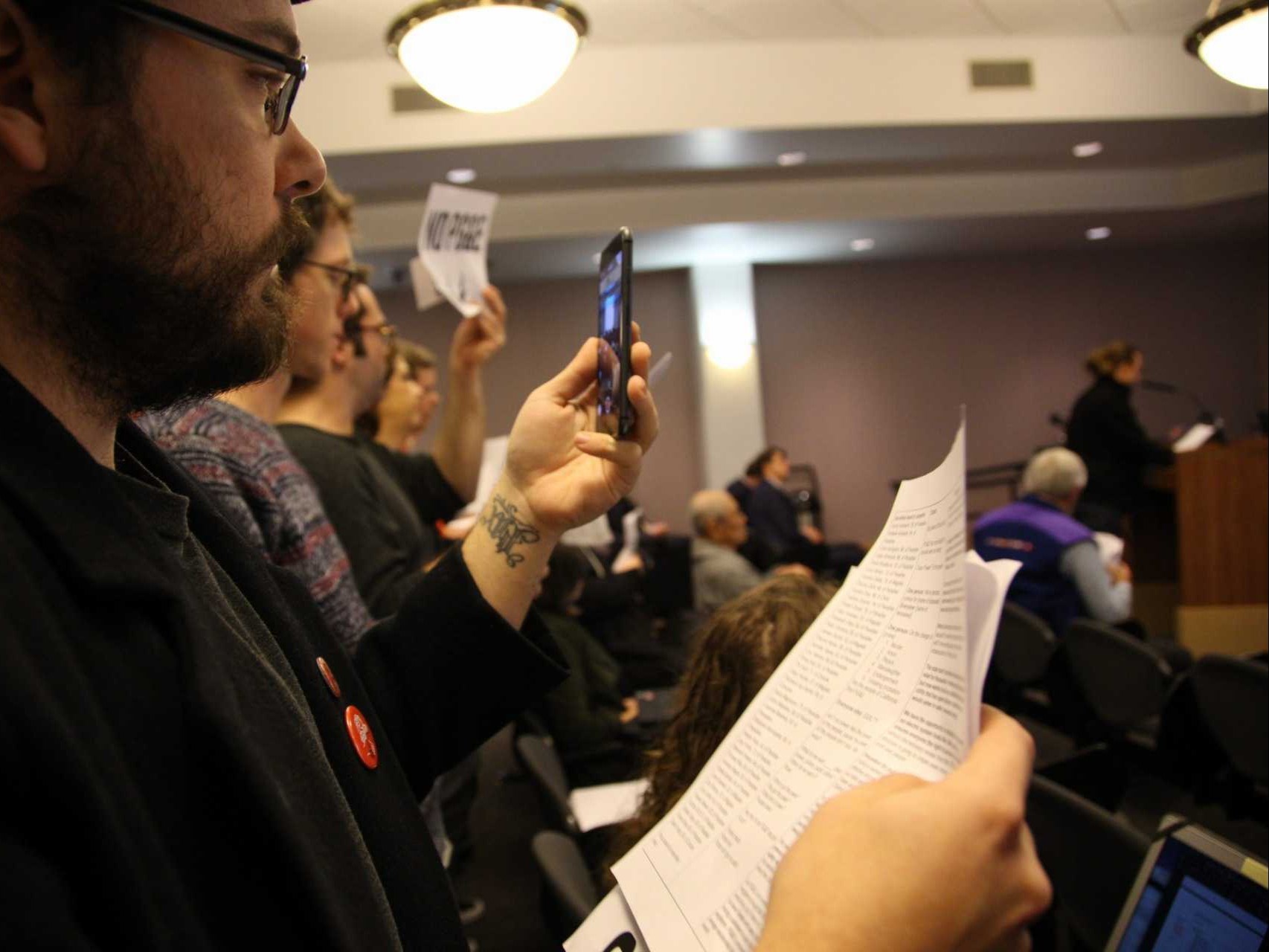 James J. Jackson Jr. with the Democratic Socialists of America reads the names of people killed in the Camp Fire along with other audience members at the CPUC meeting on Jan. 31.Andrew Nixon / Capital Public Radio

Mary Kay Benson of Chico, who was evacuated from her senior center during the fire, told commissioners power companies should be publicly owned.

“I'm here because I believe that the communities are more important than corporations,” she said. “Are we all just corporate collateral damage to shareholders’ profits?” 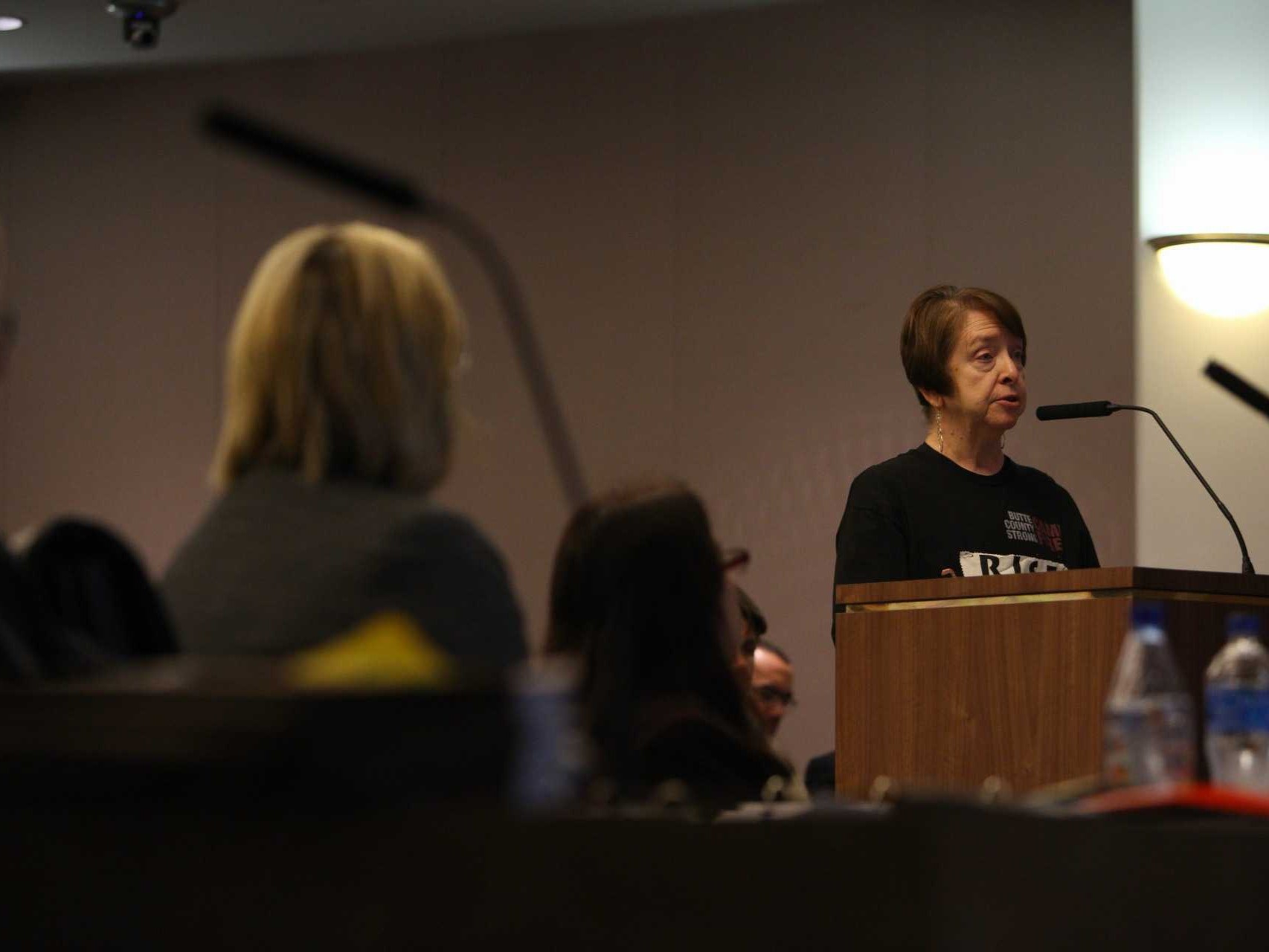 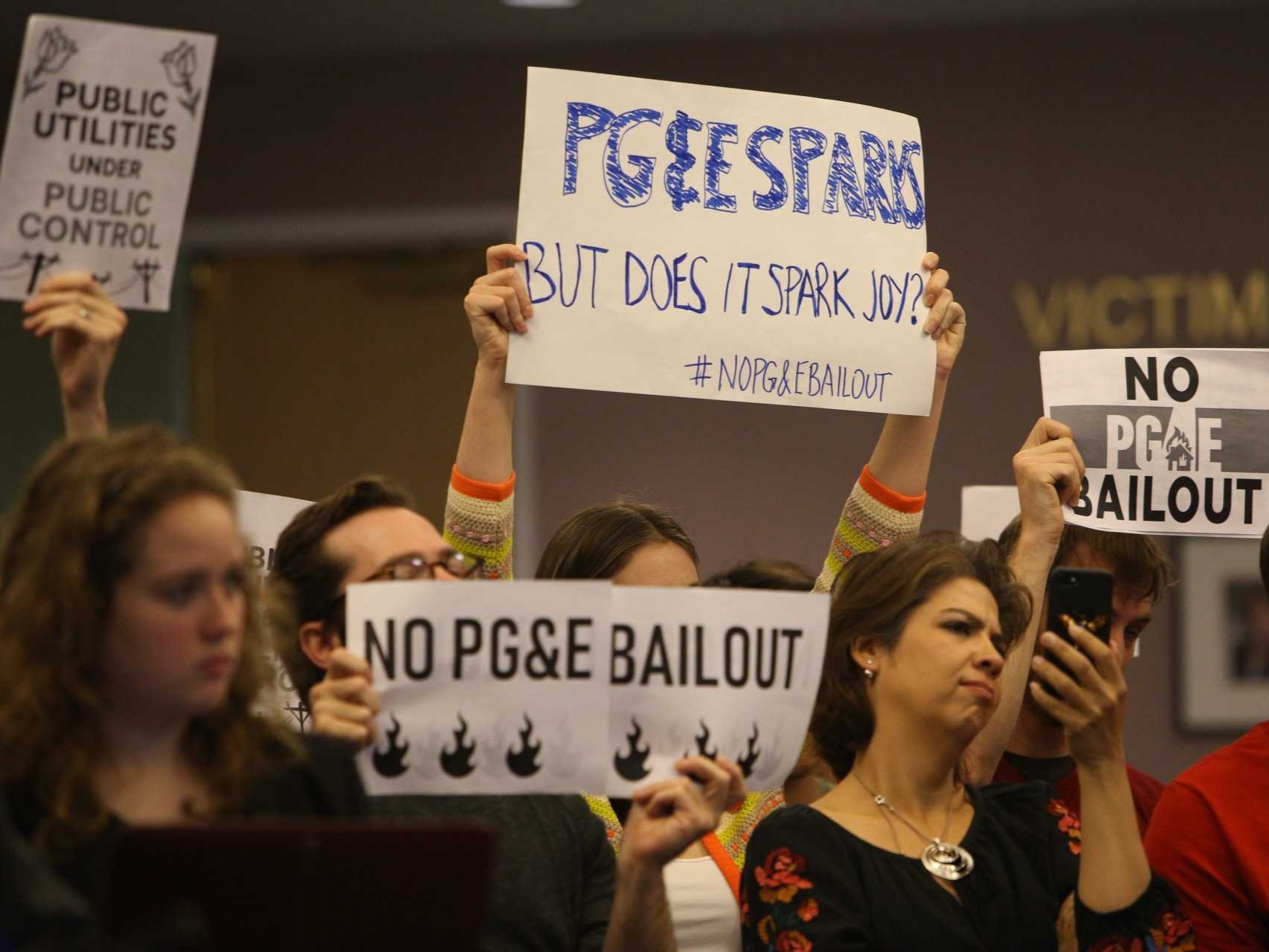 Commissioners did not respond to public comments.

Earlier this week, the CPUC unanimously approved letting PG&E take out $6 billion in loans, a day before the company declared bankruptcy. 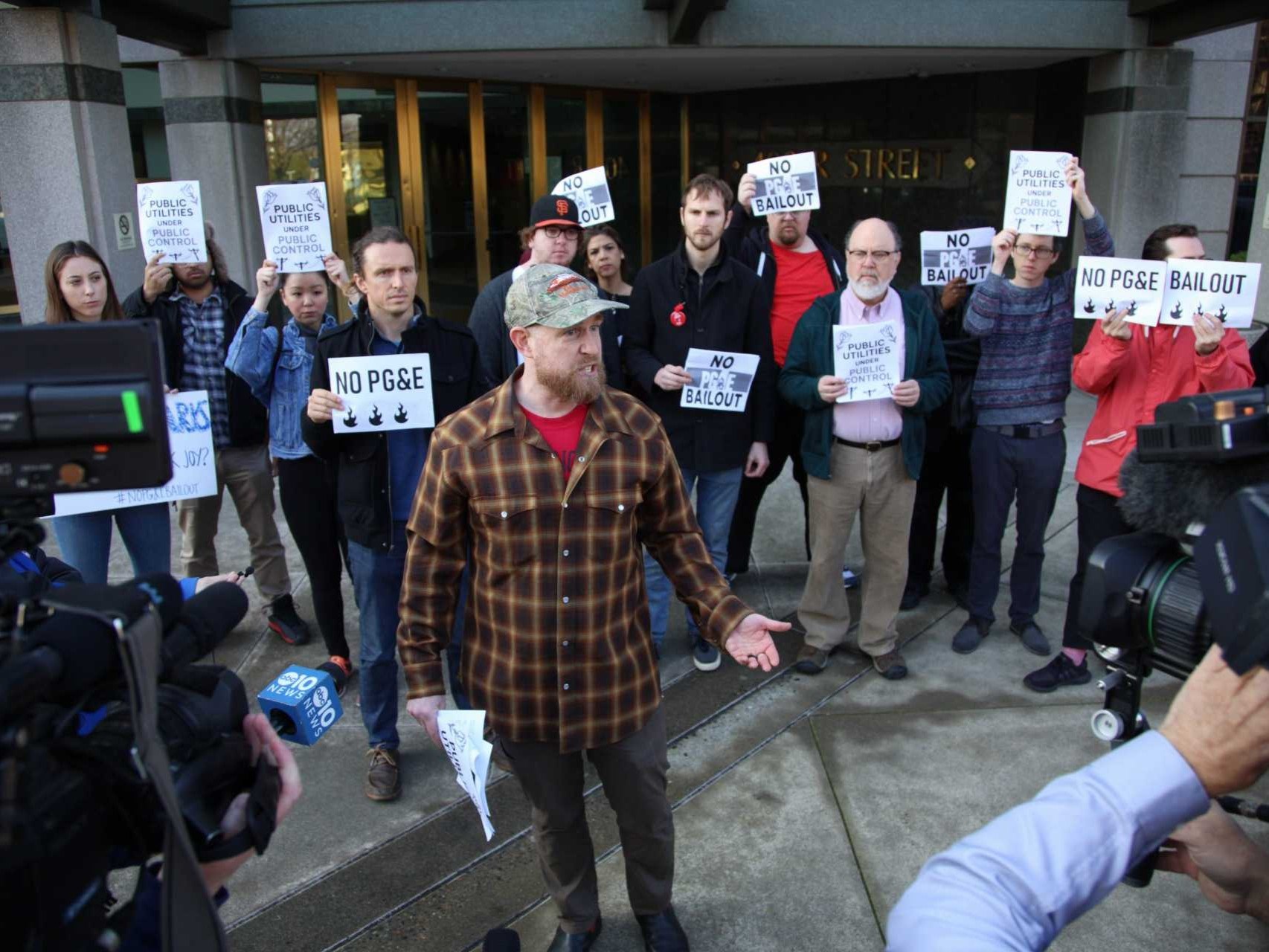 Seth Sanders, of the Sacramento chapter of the Democratic Socialists of America, addresses television cameras outside of the CPUC meeting in Sacramento on Jan. 31.Andrew Nixon / Capital Public Radio

Also on Thursday, a U.S. bankruptcy judge at a hearing in San Francisco approved the company’s request to borrow $1.5 billion.

An attorney for PG&E, Stephen Karotkin, said PG&E wants to establish a trust fund to resolve all lawsuits from wildfire victims.

Correction: A previous version of this story misidentified protester James J. Jackson Jr. It has been corrected.